Ribs On The Ridge Serves Up Good BBQ For 11th Year

Ribs On The Ridge Serves Up Good BBQ For 11th Year 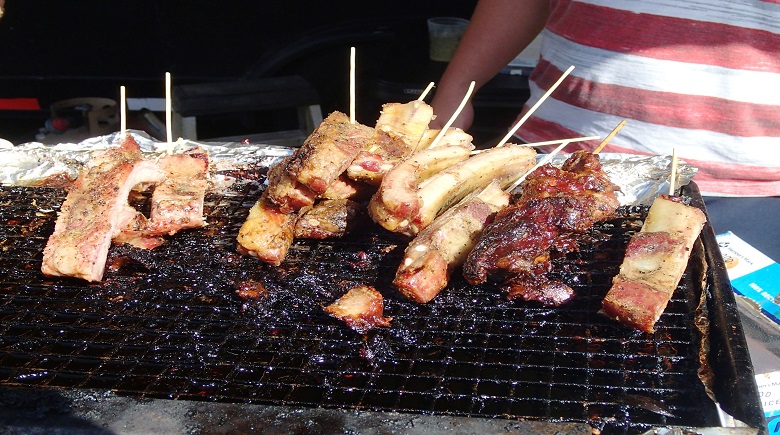 For Mike and Melissa King, Ribs On The Ridge in Haines City was their first time attending the annual barbecue event. As such, neither of them expected to win anything. 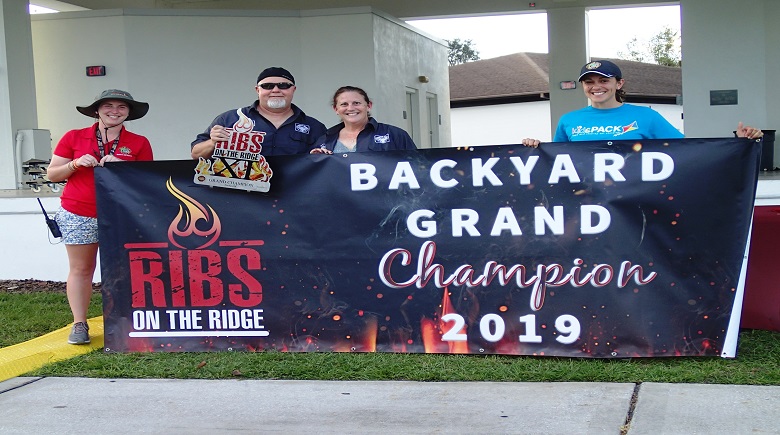 But not only did their team, Triple Cross BBQ & Steak, win first place in backyard brisket and pork, but also first place overall in the backyard division.

Mike, of course, credits their hard work for their victory, but he also credits the great tips that he has received from many of his barbecue buddies, many of whom were attending the event.

“[We have] a lot of people, good friends, that we made in this business, they taught us a lot, so we associate all that with them,” he said. “There are so many good cook teams out here, so we work really hard, and we are humbled to win this.”

Being able to win first place was quite the honor at the event. But perhaps the one thing that he and his wife enjoyed most was the overall scenic venue at Lake Eva Community Park in Haines City, with the event right along the shores of scenic Lake Eva.

“It has more than met our expectation,” he said. “This is a beautiful venue. They put us on the lake and it was beautiful to wake up this morning and see the sun come up.”

Mike’s team was the overall winner of the backyard division for this year’s Ribs on the Ridge in Haines City, the city’s annual barbecue event which celebrated its 11th year. 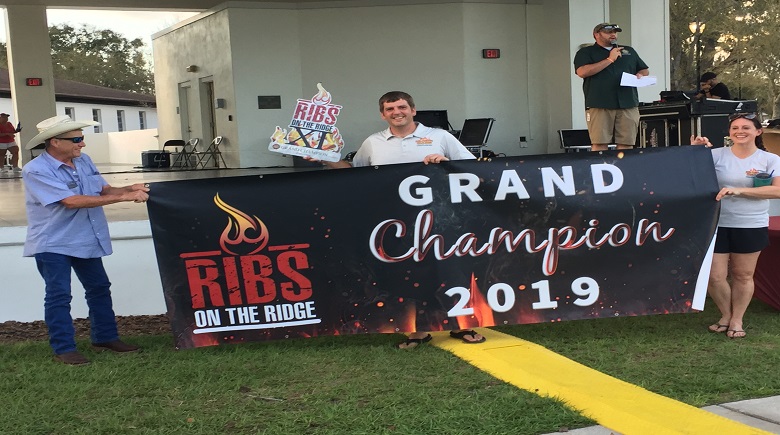 Winning the overall proffesional division was Pig Chicka Cow Cow from Apopka, Florida. Last year, they had won first place in ribs, pork, and brisket, but only won second place overall. As such, this year proved to be a step up for their team, explained team member Lee Thompson.

While some teams would credit their good barbecue to how they smoke their meat or how they rub it, Thompson considers good barbecue to be a holistic approach that requires attention to everything, from how the meat is prepared to how it is smoked and cooked.

This year saw more than 50 teams participate within this annual Florida BBQ Association-sanctioned event. Most of the teams competed in four categories (pork, chicken, ribs, and brisket) within two divisions (backyard and proffesional).

Aside from enjoy great barbecue, attendees could also enjoy live music as performed by local entertainers such as Kenzie Wheeler and Fred Campbell, as well as enjoy other food and merchandise as provided by local vendors. 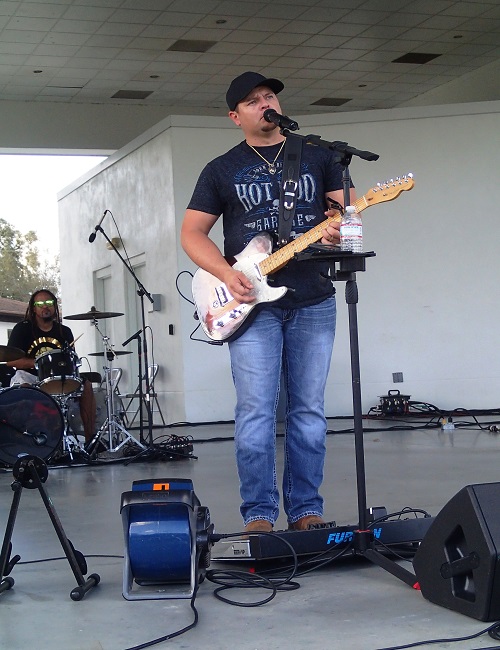 This year’s event raised proceeds for kidsPACK, a local non-profit organization from Lakeland that provides school lunches to children of low-income and food-inadequate families.

Overall, the biggest draw for the annual event, aside from the great barbecue, has been its venue along Lake Eva, with the scenic landscape of the water and natural surroundings accentuating the natural feel of the event, explained Ryan Ritchie, DeputyCoordinator for Parks and Recreation.

“I think it is the crown jewel of Central Florida,” he said. “To have an event like this at Lake Eva, you can’t beat it. I believe that is our draw from that. I think people really enjoy visiting our community and seeing our venue.” 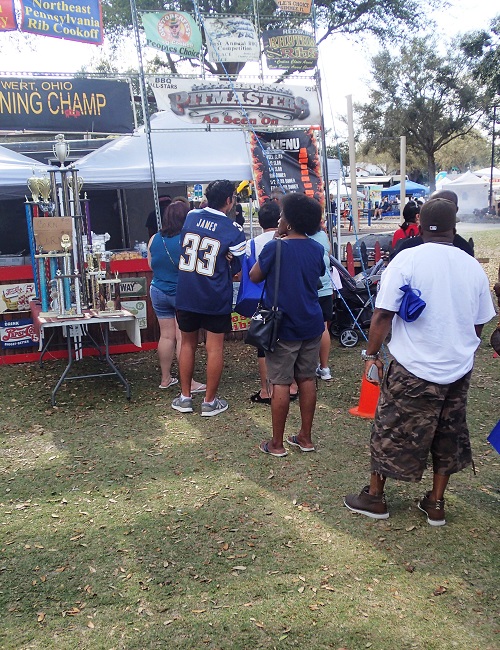 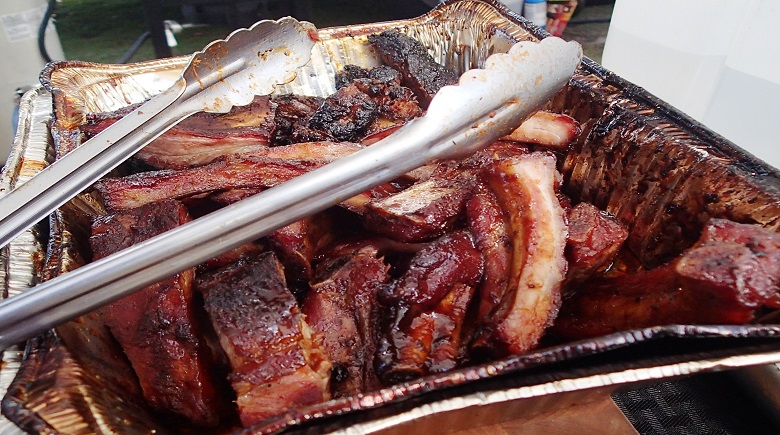 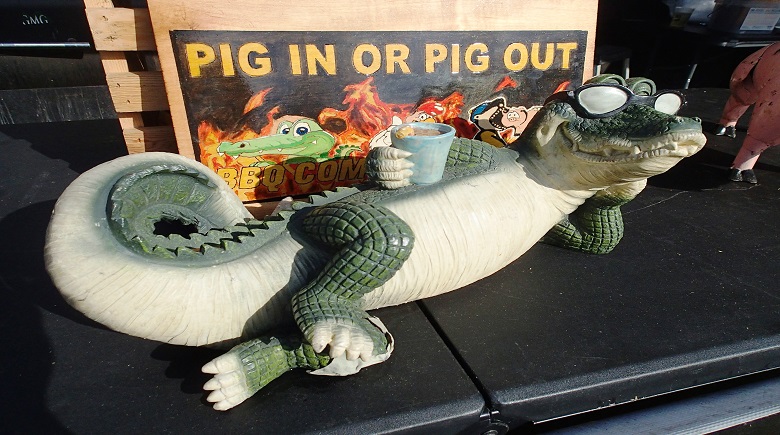