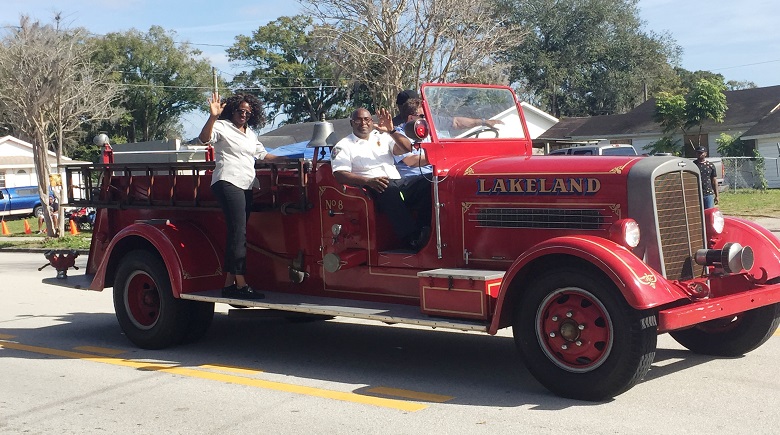 More than 112 units, including floats, marching bands, and dance troupes, came together to celebrate the unity preached by the late Martin Luther King, Jr. during the annual MLK Parade on Saturday.

The annual parade started at 11 a.m., beginning at the intersection of Providence and West 14th Street before making its way down MLK Avenue and ending at 2nd Street.

Near the end, the parade passed by Jackson Park and the Lakeland Coleman-Bush Building, outside of where the judges table was located.

Several marching bands from local schools such as Kathleen Senior High School stepped in time to their own lively music performed by band students.

City officials from the City Commission, including Mayor Brad Mutz, waved to their constituents as they rode by on a float adorned with a mural of MLK Jr. himself. 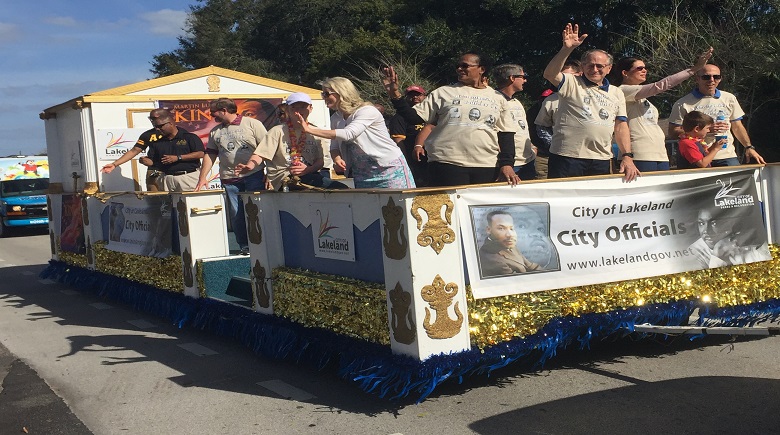 Some of the floats celebrated the city’s sense of local community. The Medulla Elementary Partners float featured a mock neighborhood consisting of local businesses such as the Family Fun Center, Lakeland Magic, and Home Depot. 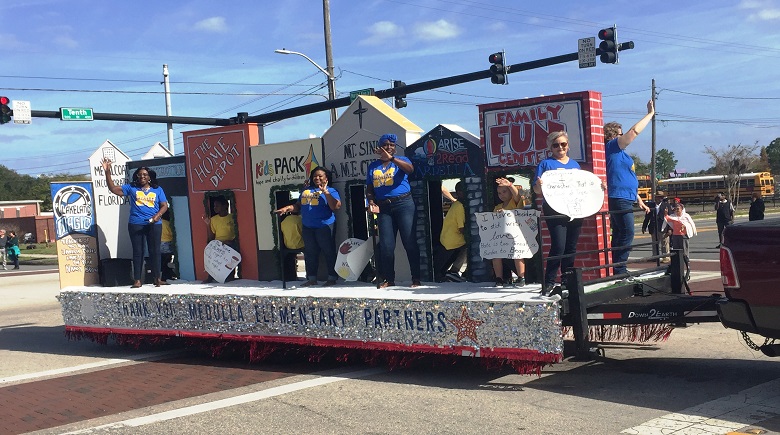 Other units, especially those by local political groups, used the event to promote political causes and messages. The Democratic Women’s Club of Lakeland, in the spirit of the Civil Rights movement, marched with signs calling for the end of police brutality.

Rock The Vote carried signs urging local citizens to register to vote, while the Rainbow Ridge Polk County LGBTA Democratic Caucus reminded everyone that “all means all” and “injustice everywhere is a threat to everywhere.” 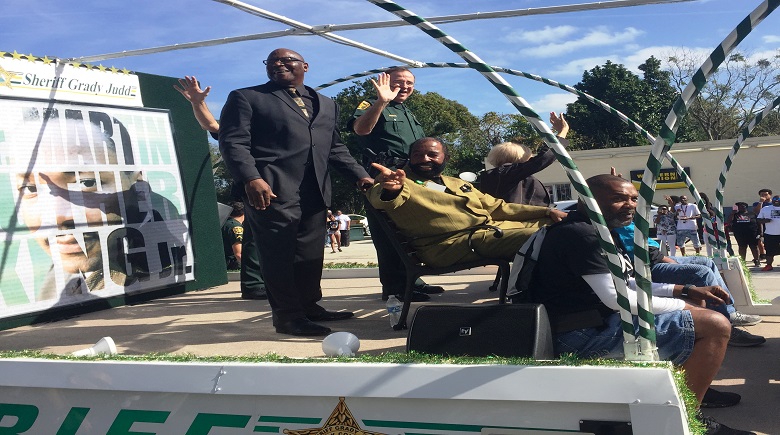 Natalie Gallon, Assistant Superintendent of Recreation, has been supervising the event for the past several years. This year, she had the opportunity and privilege to serve as Grand Marshal and ride on the same float as the City Commisioners.

Having overseen the parade for so long, she knows that people keep coming out time and again for the sake of community. They love being able to come together and celebrate an occasion such as this, she said.

“I love when I walk around and I see all the people on the side of the road and yards,” she said. “And I love seeing seniors from their front porch and saying hey…So they see the enjoyment from the smiles at the side of the road, from people at their houses, it is a continued thing, because they want to see it keep going.” 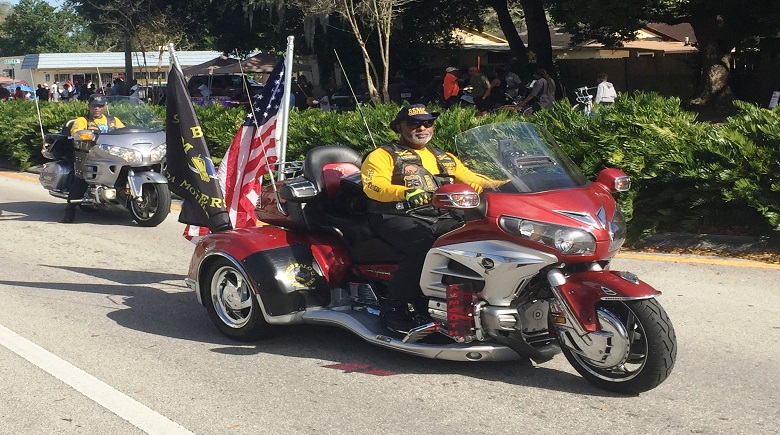 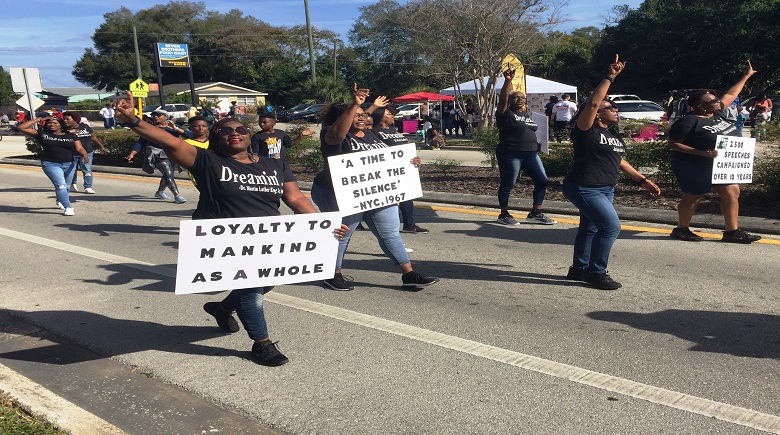