27-year-old Amazon Driver Arrested For Theft Caught On Camera, Despite No Cooperation From Amazon

27-year-old Amazon Driver Arrested For Theft Caught On Camera, Despite No Cooperation From Amazon 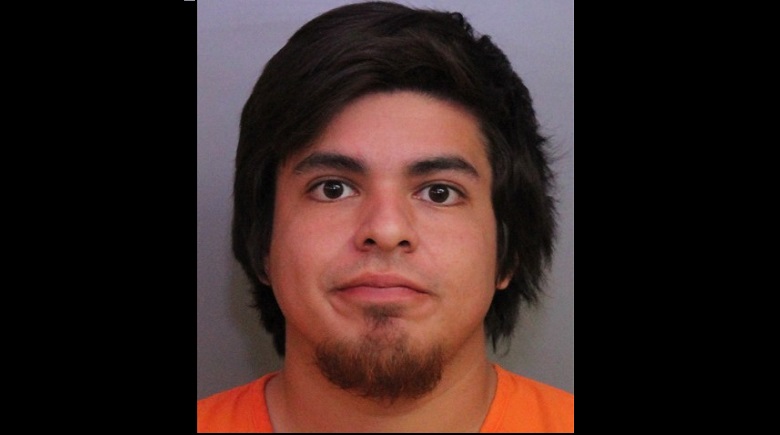 The Polk County Sheriff’s Office responded to a residence in the Watersong Resort development near Davenport where the homeowner reported that a package from Amazon was stolen from his front porch. The package was delivered on December 19, 2019 according to his Amazon account information, but there was no package when he got home. The homeowner pulled up his surveillance video covering the front door and saw the Amazon delivery driver deliver the package, take a delivery confirmation photo, and then remove the package.

Because this porch pirate was an employee of Amazon, detectives believed, this would be easy to solve—good for the Sheriff’s Office, the homeowner, and Amazon—getting a dishonest employee off the road.

Not so fast. When detectives contacted Amazon in person at their logistics center, Amazon employees would not cooperate.

“You need a subpoena,” multiple Amazon managers told Polk County Sheriff’s Office detectives. Even Amazon’s loss prevention manager told a detective to get a subpoena—that Amazon would not cooperate with law enforcement and identify their driver unless the Sheriff’s Office served a subpoena for their records at their corporate headquarters in Delaware. This is despite detectives having video, pictures, and the date, time, and the address of the delivery and crime.

The homeowner and the community’s security team were the only reason why detectives were able to identify and arrest 27-year-old Jose Campos of 3240 Ibis Ct., Kissimmee. The homeowner provided the video which recorded the theft and security at Watersong Resort provided the tag of the Amazon driver’s vehicle. Detectives ran the tag and it came back to Campos’ girlfriend in Kissimmee. Detectives contacted her and she told them her boyfriend uses the car to deliver packages for Amazon. We then interviewed Jose Campos. He confirmed he was delivering for Amazon at the time. He also said that yes, it was him in the video. Campos was arrested and charged with burglary and theft.

“I’m not surprised by much anymore, but this lack of cooperation from Amazon floors me. All we needed was a name—they knew who committed this crime in Polk County, and they would not tell us without us serving legal process to their corporate headquarters in Delaware. This is just irresponsible on their part. They apparently don’t care about the ongoing safe and secure delivery of their packages to their customers and exposing other customers to burglary and theft. It is impossible to believe this was this guy’s only theft.” –Grady Judd, Sheriff