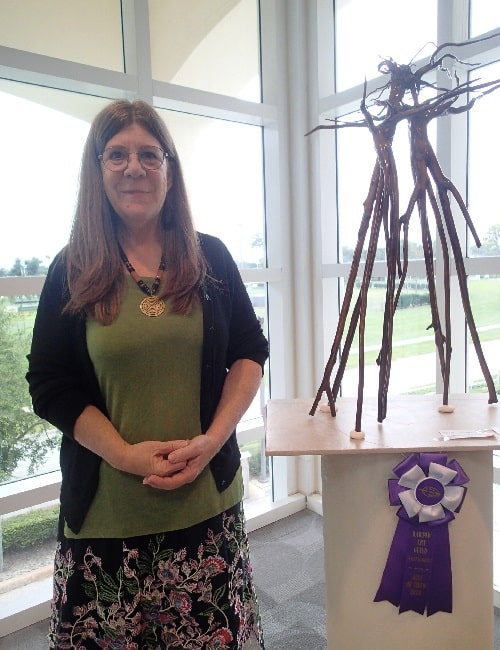 When most people pull out loose roots in their backyards, they usually see weeds. Diane Everett, on the other hand, sees an award-winning art piece.

She received an Azalea root from a friend in church. She later cleaned it off and began chipping away at it until she created a makeshift wooden structure.

“I took it out of the ground, cleaned the dirt off, and there is something magical that happened,” she said.” I saw something in the root, and I [decided that I] can present it in a way that other people can see it too.”

What she ended up creating was a sculpture of several women of different sizes, shapes, and ages. Together, they represented women banding together into collective womanhood to celebrate their femininity.

Her art piece, “We, Women,” won Best of Show at the 2019 Art Cornucopia, hosted by the Bartow Art Guild at the Bartow Public Library. The sculpture is currently being displayed among several dozen art pieces on the second floor of the library, and was awarded a ribbon during the art reception last Friday evening.

Everett has been creating artwork such as this for two years, and has been an artist and craftswoman all of her life. She has been participating within the Bartow Art Guild as a member for three years.

To be able to win first place in the competition came nothing short of a surprise for her. She currently serves on the school board, from which she will retire in three years and six months. Afterwards, she plans on committing to her art fulltime.

“I can’t believe it,” she said. “I am thrilled. It is a privilege and I am glad to get good art out there because it is important, and I appreciate it.”

More than three dozen art pieces are currently on display within the Bartow Public Library as part of the Art Cornucopia Art Show hosted by the Bartow Art Guild. The Guild hosted the reception and award ceremony for the art show on Friday evening.

The remaining winning art pieces and artists are as follows: 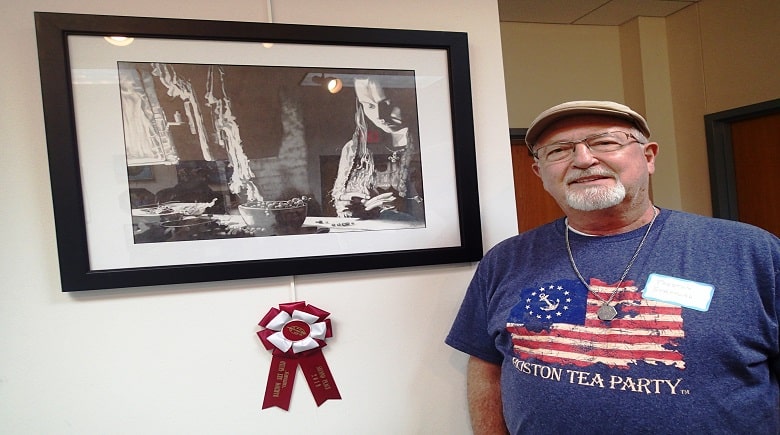 An old woman sits hunched over a bowl of beads as she strings them into a necklace within the glowing rays of sunlight streaming through her window. Both the soft light and dark shadows exhibit a sharp contrast within the pencil sketch.

“When you look at it, there is a lot of strong contrasts with the darks and the lights,” he said. “You look at small pieces that may not make sense because they are not quite finished; but when you look at the entire thing, your brain puts it all together and you can see the image.”

Stafford started drawing when he was four years old. He recently joined the art guild earlier this spring to participate within the annual art show, in which he entered his black and white pencil sketch.

This particular sketch of his was inspired by artists such as Rembrandt, who specialized in creating contrasts between light and darkness within their portraits. This contrast inspired his own work, and allowed him to win second place.

“I was so extremely happy when I got off the elevator and saw that ribbon,” he said. “It was a pleasure to draw it, and I’m glad someone recognized it enough that I put a lot into it.” 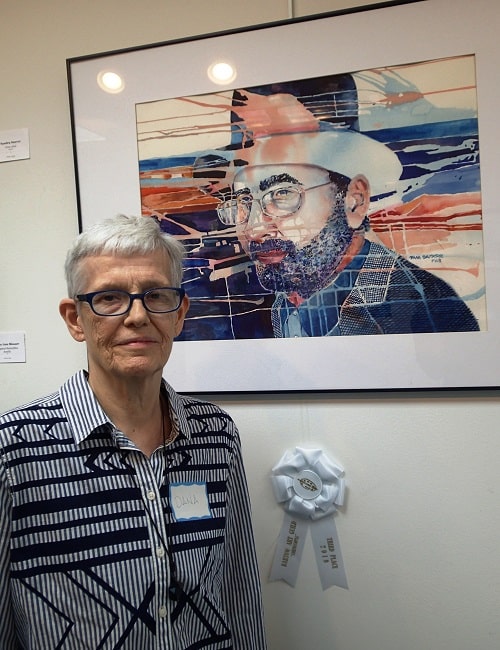 When Daydoge met a former Lake Alfred city commissioner dressed up in his finest hat, she knew right away that she wanted to paint him. What resulted won her third place.

Her watercolor paintings are more fractured in their apperance, making them look and feel almost like stained glass windows. What results is an art style truly unique to her.

Daydoge has been involved with the Bartow Art Guild for longer than she can remember. As a member of several guilds throughout the county and state, she loses track of how many and how long the has been a part of, she said.

For her, painting watercolors such as her award-winning piece are more than an outlet for her creativity. They are a way for her to relax and retreat from the outside world.

“It allows me to leave this world, to go to another time and place,” she said. “It is like meditation sometimes.” 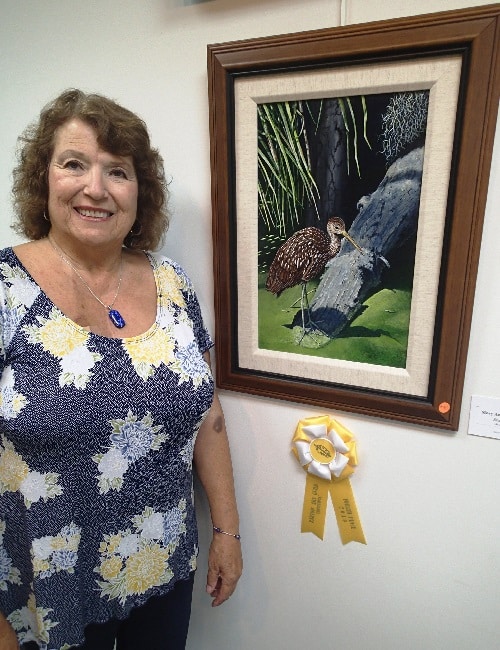 Blosser created her portrait of a heron using a reference photograph she received from the Frostproof Art Gallery. She received permission from the artist to use it, and now she won fourth place for her entry. She also received People’s Choice for another entry of a butterfly.

Blosser has been a member of the guild for the past three years. She has participated in several workshops and has received plenty of advice from her fellow guild members since then.

From birds to butterflies, Blosser loves to craft her own creations based upon the creations of the Creator Himself, as she is highly inspired by nature and natural landscapes.

“I love what the Lord creates,” she said. “I love wildlife and landscape.” 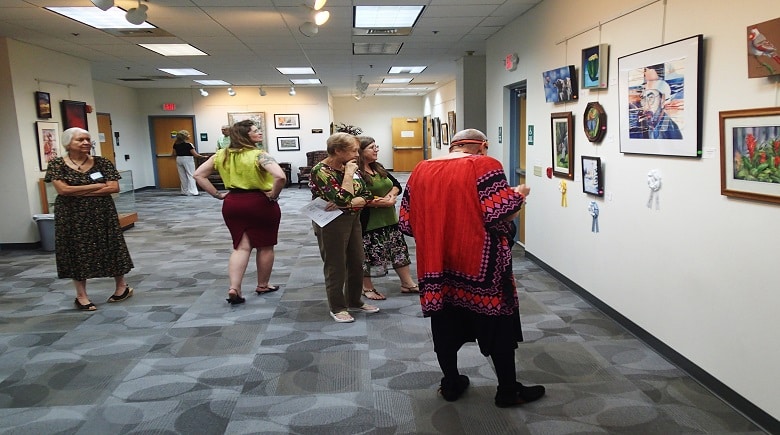