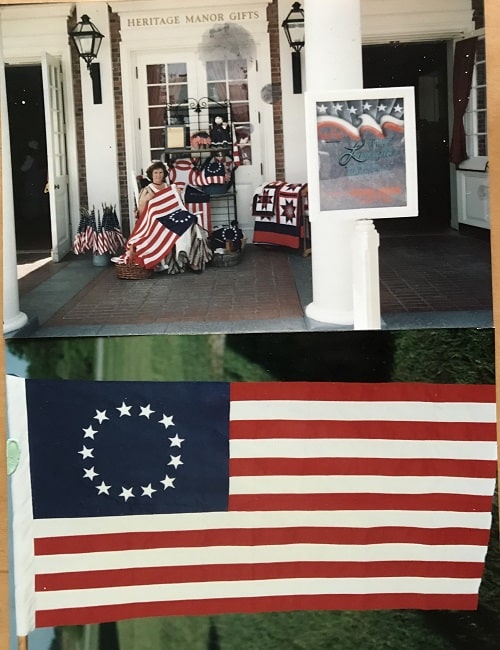 As a local farmer who had raised everything from citrus trees to beef cattle, she was concerned about how farmers such as herself would be affected by the North American Free Trade Agreement (NAFTA). As Perot was a vocal opponent of the trade deal, she mailed him a flag to show her support.

“There were 12 thousand stitches in the flag, and every stitch was a prayer for this country of ours,” she said.

She later received a letter from him, thanking her for the flag and informing her that it would be framed and mounted on his office wall. 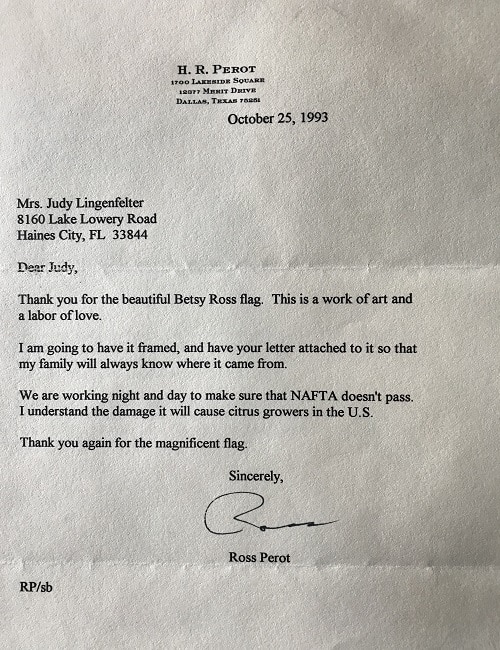 Following his death on July 9, 2019, a video montage about him was played on ABC News. When Judy watched the news report about him, she was surprised to see that one of the images shown was of Perot in his office with her flag proudly mounted on the wall behind him. 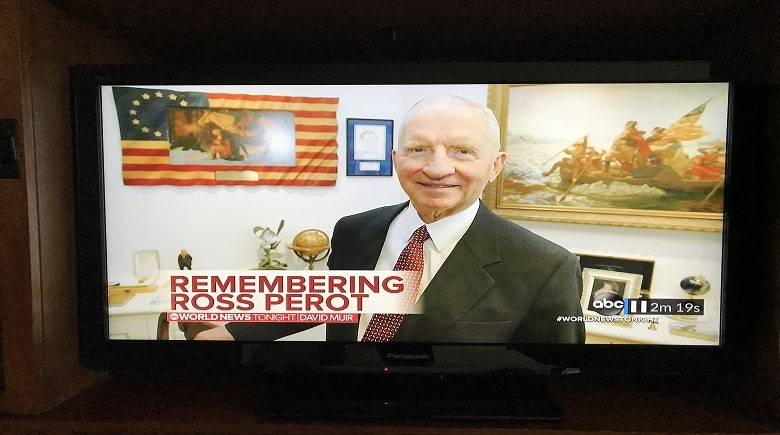 Judy has been hand sewing flags for the past 30 years. She often showcased her craft at the American Pavilion in Epcot Center at Walt Disney World, where she would sit in a rocking chair dressed in colonial attire sewing flags. 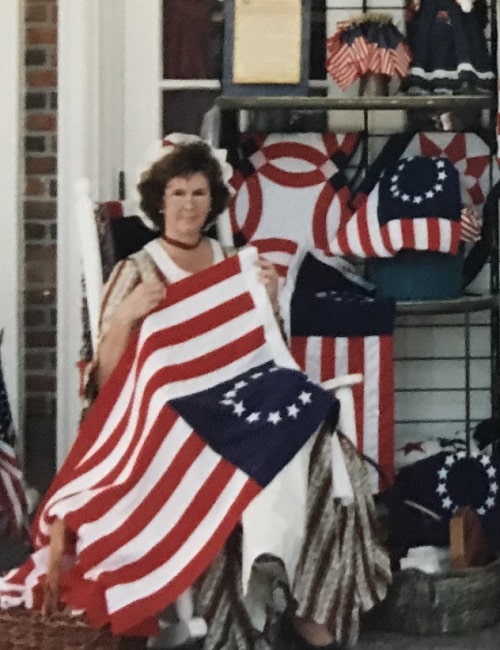 As a proud American citizen, there’s nothing that fills her with more pride than being able to create the symbol of her own country with her bare hands. More than 100 hours are spent sewing each flag, she explained.

“It is very peaceful to sit and sew,” she said. “It is one of the most peaceful things to do handwork, and I have done it all my life, and made many, many quilts. It is a wonderful outlet.”

Judy has been married to her husband for the past 57 years. Together they have worked as farmers, using their land to grow citrus, corn, oat, and wheat, and later to raise cattle.

As business people themselves, Judy and her husband were drawn to Perot and his self-made entrepreneurship, starting his career as a door-to-door salesman before making $4.1 as the founder and chief executive officer of Electronic Data Systems and Perot Systems.

Perot ran as an independent presidential candidate in 1992 and again as a third-party candidate in 1996. His political platform included opposition to the Gulf War and NAFTA, the latter of which attracted the interest of Judy.

While Perot never won his political campaign, his supporters like Judy still regard him as an honorable candidate who stood for his own political convictions without aligning himself with either of the major political parties.

“He was a real patriot,” Judy said. “I would have just loved to see him as president. He was a self-made man…My husband and I watched him on television and thought that he was pretty great.” 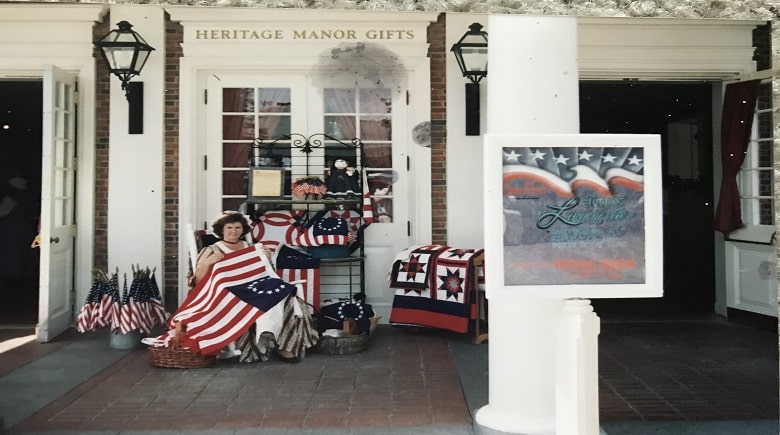