Phoenix Johnson may only be a nine-year-old student from Chain O’ Lakes Elementary School in Winter Haven, but she already has big dreams of becoming a billionaire and taking her clothing line international.

As the owner of Phoenix Fire Attire, Phoenix is a young entrepreneur who creates custom made shirts, pants, and other clothing for her clients with her own designs on them. Her business can be found on Facebook, Twitter, and Instagram. 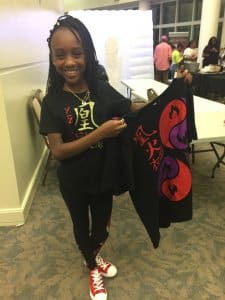 Phoenix has been running her business, along with the help of her father, Antavio, since earlier this year. Her clothing line had since caught the attention of Portia White, owner of Portia Allure, and the coordinator of the Full-Figure Fashion Show, who invited young Phoenix to be one of twenty vendors at the show that evening.

“It feels amazing,” Phoenix said. “It is a great honor to be here when I just started my business…It feels cool being a young entrepreneur because I don’t know many entrepreneurs like me. So it is a big honor being like this.”

Being able to showcase her clothing alongside other vendors within the lobby of the fashion show, as well as receiving recognition from a major business owner and clothing designer, gave Phoenix the confidence boost to aim high with her entrepreneurial aspirations.

“I hope to be a billionaire with my family, and I hope for my business to be huge, like worldwide,” she said.

Phoenix was one of many local entrepreneurs who had the opportunity to serve as vendors during the sixth annual Full-Figure Fashion Show in Haines City on Saturday evening. Nearly 20 business owners congregated within the lobby of Lake Eva Event Center that evening to showcase their wares, ranging from hot food and cold treats to handmade jewelry and designer clothing. 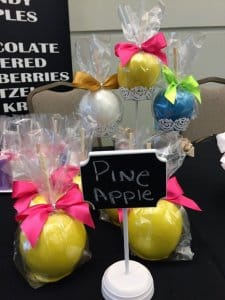 Meanwhile, on the inside of the multipurpose room, more than a dozen models of all shapes, sizes, and ethnicities model clothing designed by various local fashion designers. With this year’s theme being “90’s Rewind”, this year’s show featured clothing with ’90s and hip-hop designs.

True to its name, the Full-Figure Fashion Show showcases designs specifically for full-sized women, ensuring that women of all shapes and sizes can look absolutely flawless. 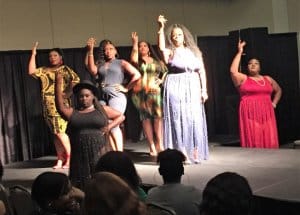 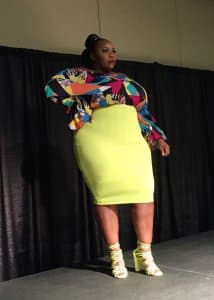 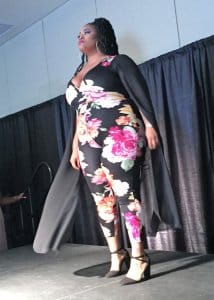 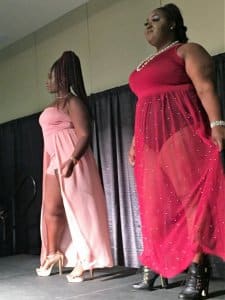 “Our goal is to try to motivate and encourage women that they don’t have to be a size two to be beautiful,” White said.

White has been running the show for the past six years. Each and every year has seen more and more people attend, and she has high expectations for even more to appear in the future. More than 300 people attended this year, so why not 600 next year, she asked.

White uses the event to highlight the talent of local entrepreneurs, whether they are showcasing their fashion designs on the runway, or selling their wares as vendors in the lobby.

“That is my motive,” she said. “It’s not about me. It’s not about the money. It’s about being able to empower people and entrepreneurs. We have a young entrepreneur. Just give people an avenue where they can express themselves and not be judged.”

As the owner of Portia Allure (soon to be rebranded Portia Allure Cosmetics and Spa), White knows the obstacles that business owners face when first getting started, but she wants to encourage everyone to keep moving forward with hopes of making it big.

“Don’t let anyone deter you from your dreams,” she said. “There was a time in my life where I did not think it would be this big, and I never even intended on it being this big, but I stayed motivated and…that is what kept me going… So anyone who has a dream to do anything, own a business or do an event or anything, I would suggest they go for it, step out in faith, and reach for the sky in the process.” 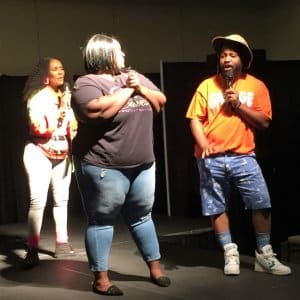 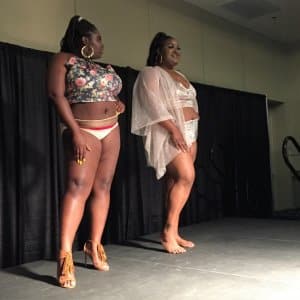 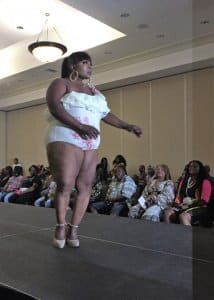