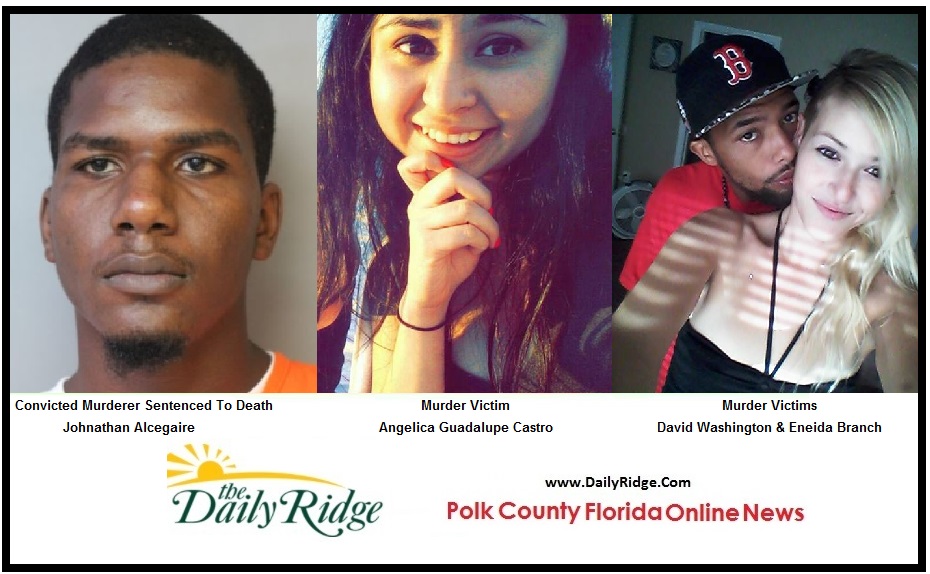 Johnathan Alcegaire stood still as Judge Jalal Harb handed down three death sentences for each of the lives he claimed.

He was one of three men who traveled to Lakeland for a drug-related home-invasion robbery and murdered 24-year-old David Washington, 31-year-old Stacy Branch, and 23-year-old Angelica Castro. Additional story here: Two Suspects Arrested In Triple Homicide In Lakeland

The same jurors who convicted Alcegaire in September then recommended that he should be sentenced to death. Judge Harb imposed those three death sentences Friday morning, along with the maximum amount for Alcegaire’s additional convictions.

Alcegaire is the second defendant in the Tenth Circuit to be sentenced to death under the new death penalty law, which requires jurors to have a unanimous vote instead of majority.

Former Assistant State Attorney Hope Pattey and ASA Mark Levine prosecuted both the trial phase and penalty phase of this case. State Attorney Brian Haas said Friday that he is pleased with the outcome and that he is thankful for the hard work put in to the Alcegaire case by both Pattey and Levine.

Further investigation led to murder charges against Andrew Joseph, 38, and Jamaal John Smith, 28, both of Miami, for their involvement in the murders. Prosecutors are seeking the death penalty for each of them if they’re convicted of first-degree murder. Both Joseph & Smith are awaiting trial set for this year.