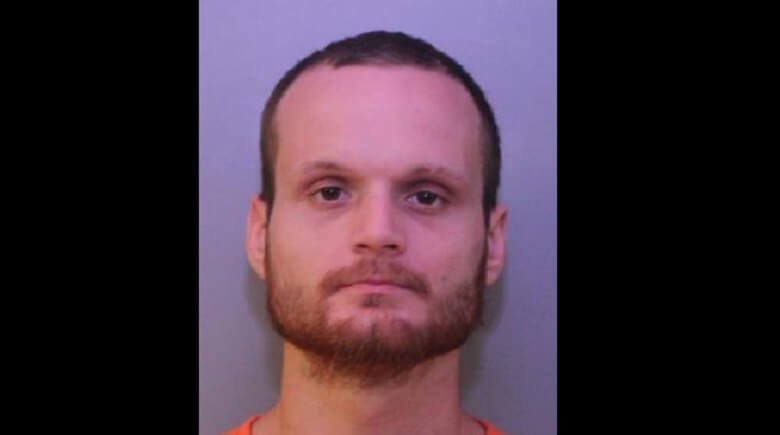 26-year-old Austin Cabanas of Lakeland has been charged with vehicular homicide for his at-fault December 23rd crash that resulted in the death of his five year old son, Ayden Cabanas. He was taken into custody at his home on Old Dade City Road New Year’s Eve, where there was a party going on. Cabanas is being held in the Polk County Jail on no bond.

Polk County Sheriff’s Office traffic homicide detectives determined that on December 23rd at approximately 8:35 p.m. Cabanas was fleeing an attempted traffic stop by a Lake Alfred Police Officer and at the time of the crash he was exceeding the speed limit driving approximately 68 to 73 mph in a 35 mph zone, exceeded the posted speed limit by approximately 33 to 38 miles per hour. Additionally, the investigation determined that Cabanas ran through a red light at US Highway 17/92 and East Pomelo Street, crashing into another vehicle that had the right-of-way (which resulted in a passenger receiving a concussionno other life threatening injuries). Cabanas was driving on a suspended driver’s license at the time. Two children in the back seat were not properly restrained at the time of the crash.

According to the arrest affidavit, in part:

“On December 23rd, 2018 at approximately 8:35 p.m. Austin Lee Cabanas was operating a 2006 Volvo S60 R sedan bearing State of Florida registration JLR-Z80 and vehicle identification number YV1RH527562522007 eastbound on US Highway 17/92 near the intersection of E. Pomelo Street, Lake Alfred, Polk County, Florida. At the time Cabanas was attempting to flee from Officer Robert Fuore of the Lake Alfred Police Department who was attempting to conduct a lawful traffic stop. Officer Fuore stated to the affiant that he had activated his marked patrol car’s overhead emergency lights to conduct the traffic stop and witnessed Cabanas intentionally accelerate rapidly away from him. Officer Fuore also stated to the affiant that in his opinion, Cabanas was intentionally attempting to flee. Additionally, Officer Fuore stated to the affiant as he approached the intersection of E. Pomelo Street he observed Cabanas’ vehicle crash into a light pole. Officer Fuore did not observe Cabanas’ vehicle crash into a 2012 Ford Taurus that occurred prior to the light pole. Because of the crash, Ayden Cabanas (passenger, 5yoa) received fatal injuries.”

“Cabanas intentionally and willfully fled from a law enforcement officer conducting a legal traffic stop with their emergency lights activated. While fleeing, Cabanas intentionally and will fully accelerated and exceeded the posted speed limit by approximately 33 to 38 miles per hour. Additionally, Cabanas intentionally and willfully ran a red light while exceeding the posted limit by 33 to 38 mph. Cabanas was also aware he had his wife and two young children in the vehicle as he fled and he either knew or should have known his children were not secured in car seats or seat belts. Cabanas’ actions were willful and he either knew or should have known that his actions jeopardized the safety of his family and the public.”
“As a direct result of Cabanas’ actions, his son Ayden Cabanas (human being) Caucasian male with a DOB of 06/15/2013 was killed in the resulting motor vehicle crash. ”

“Cabanas was reckless and negligenthe is responsible for the death of his 5 year old son. When law enforcement makes a traffic stop, you pull over. It’s that simple. You don’t recklessly flee endangering the lives of others.” Grady Judd, Sheriff