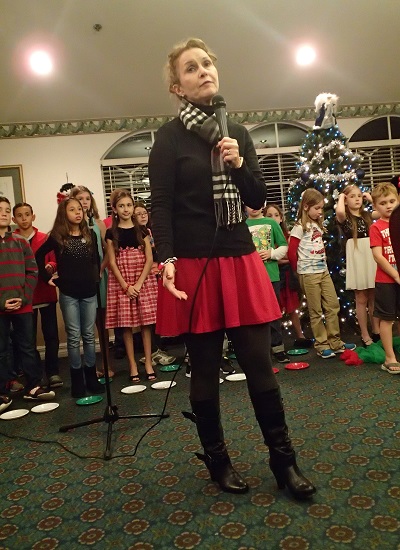 More than two dozen children from the Awana Club at North Ridge Church in Haines City appeared that evening at the assisted living facility to sing Christmas carols to a small audience of residents and parental guardians. 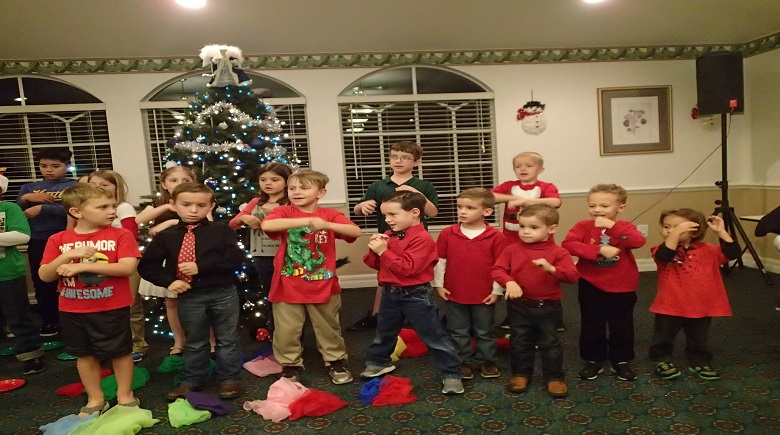 The children’s choir performed such songs as “Oh Come All Ye Faithful” and “Hark The Herald Angels Sing” while also utilizing hand motions and props such as colored scarves and plates.

Following the performance, church members presented chapsticks as Christmas gifts to some of the attendees. The chapstick also included sunscreen protection, and was chosen because the cold winter months often dry the skin of some of the elderly residents there, explained Karen Myers, Awana Commander. 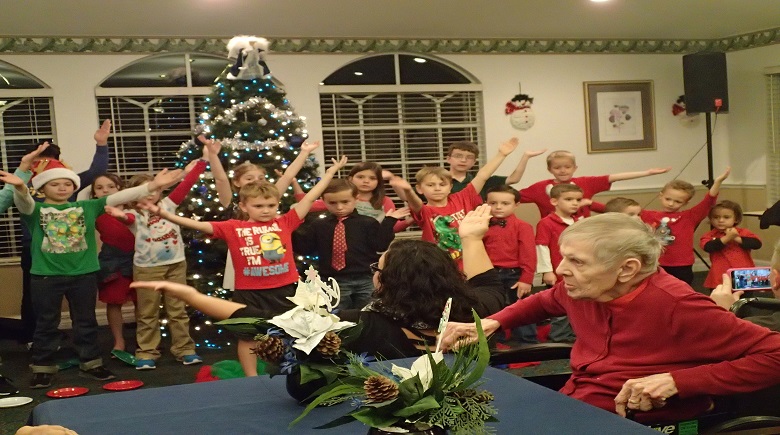 While the small performance only lasted less than 15 minutes, and was performed within a small room of less than two dozen people, mostly residents and parental guardians, the small event proved to be a big gift to the senior citizens there.

Many of the residents do not have immediate or visiting family, and those that do often rarely get to see them, especially their grandchildren; as such, being able to watch young children such as these perform for them proves to be a great opportunity for them, explained Madeline Deal, Marketing Relations Director at Savannah Court. 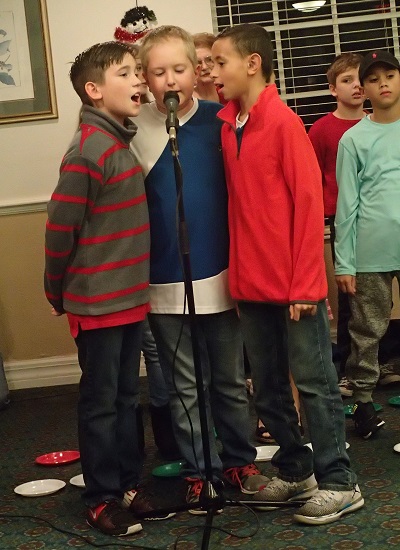 “It’s like having their grandchildren over here,” she said. “We have a lot of residents here who do not have family members, so when we can bring small children in and family, they love it.”

For at least 18 years, NorthRidge Church has been hosting this small Christmas recital at the assisted living facility as a way to not only entertain the elderly residents there, but also share the gospel of Christ to them and others in attendance, explained Karen Myers, the Awana Commander.

Myers loves being able to see the smiles on the faces of the children performing and the adults within the audience watching, but she also loves seeing the children share their faith in God through their performance.

“I think it is awesome that we get the word out about how people get to know the joy of Christ during Christmas, and it is nice to make people smile,” she said. “I also want the children to understand that it is good to give back to the community, and to be able to know that we give more than we get ourselves.”

Mary Anhalt helped coordinate the event that evening, leading the children in their music and conducting their hand motions and prop use. For the past six weeks, she had led their recitals once a week on Wednesday during their Awana meetings.

As a music teacher at Bethune Academy, she utilized her experience of teaching within her classroom to help the children prepare for their performance that evening, and the end result more than met expectations.

“They performed better in front of their parents than they did at rehearsal,” she said. 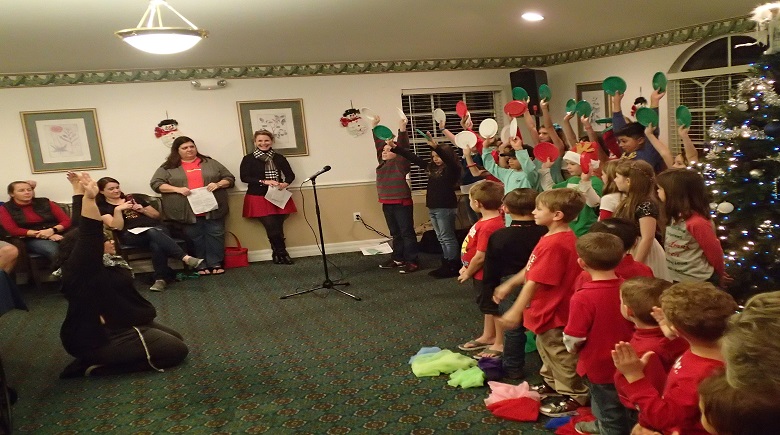 Anhalt has been attending North Ridge Church for the past year. She initially started attending due to its close proximity to her home, as well as the overall family-friendliness, she said.

She loves being able to use her experience as a music teacher to help the children at her church not only learn music, but to learn to worship God through it. 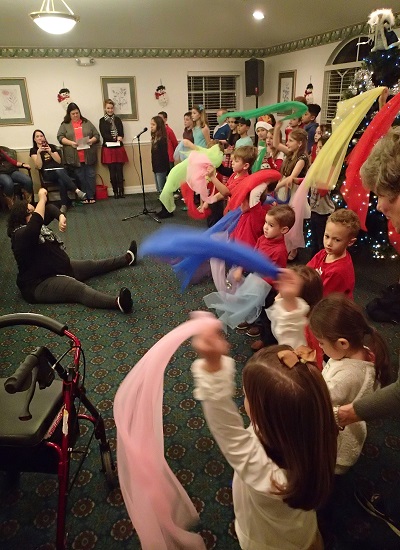 “They were very authentic and loving when I first came,” she said. “I enjoyed talking to the kids about the Lord and worshipping him.” 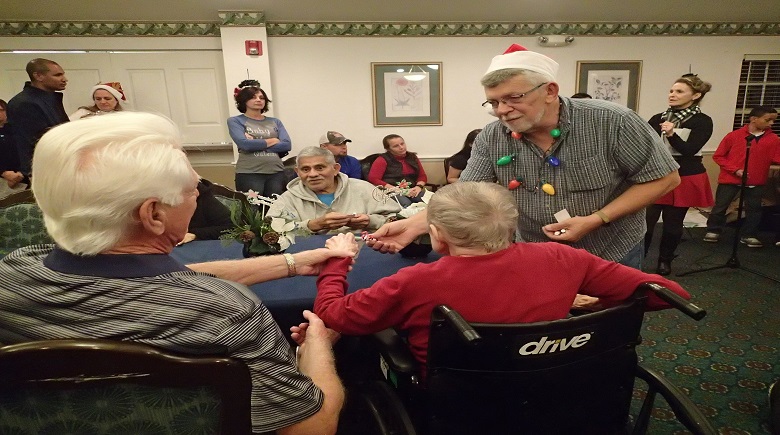