When To Watch Your Town’s Christmas Parade

When To Watch Your Town’s Christmas Parade

That’s right! Christmas is right around the corner, and soon, Jolly Old Saint Nicholas himself will be coming right around it.

Each and every Christmas season, Santa Claus makes his grand apperance during the annual Christmas parade in every town across the country, and even here within Polk County.

Find out when Santa Claus will appear near you during your own hometown’s Christmas parade—and make sure that you’re good for goodness sake!

Enjoy a visit with Santa Claus and his wife at Freedom Park, and celebrate an afternoon of Christmas festivities with vendors and other activities. Before that, watch the annual Christmas parade, starting from Broadway Boulevard and ending at the park along Commonwealth Avenue. 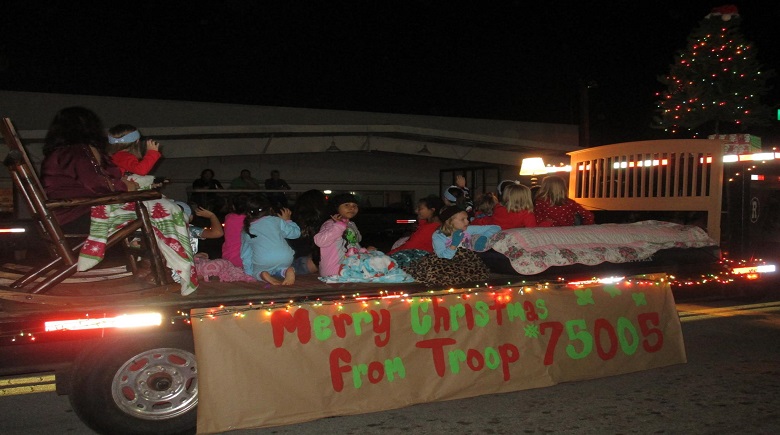 The Caribbean may be more than 100 miles away, but Frostproof residents won’t have to leave their hometown to enjoy some island fun. Their city will be ushering in the Christmas season with a reggae-style parade and celebration. The parade will start from Third Street, move along Scenic Highway, and end at Wall Street Park, where the Christmas in the Park celebration will commence immediately following the parade. There enjoy an evening of holiday fun with bounce houses, live music, and even a visit from Santa himself. 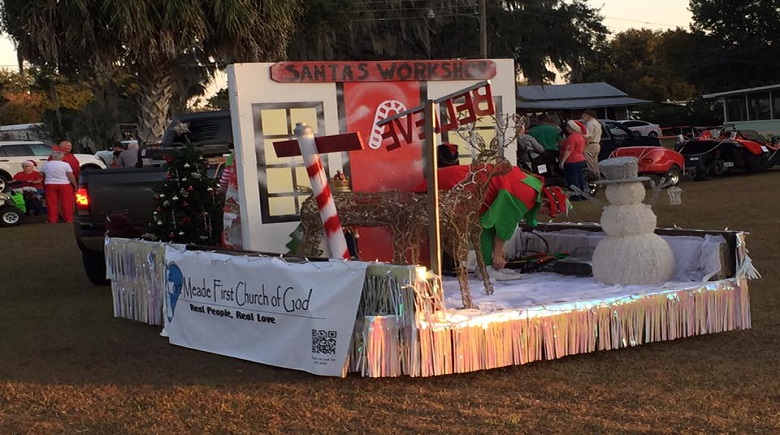 Whether it’s the tapping of dancers from Wendy’s Dance Co, the flying kicks of martial artists from Champions Tae Kwon Do, or the singing of the local High School Chorus, Fort Meade’s local talent will be shining bright during this annual parade. The parade will start at Monument Park and end at City Hall along Main Street. Afterwards, enjoy an evening of food vendors, street dancing, and other holly jolly holiday activities during the after party.

Whether “Twas The Night Before Christmas” or “Rudolph The Red-Nosed Reindeer”, nothing compliments the holiday season than a good old-fashioned storybook. That’s why this year’s parade is themed after storybooks with “A Storybook Christmas”, with floats based off of classic stories, Christmas-related or otherwise. The parade will start and end at the Civic Center, working its way through downtown along Lemon, Main, and Orange Street, passing by Munn Park and Lake Mirror. 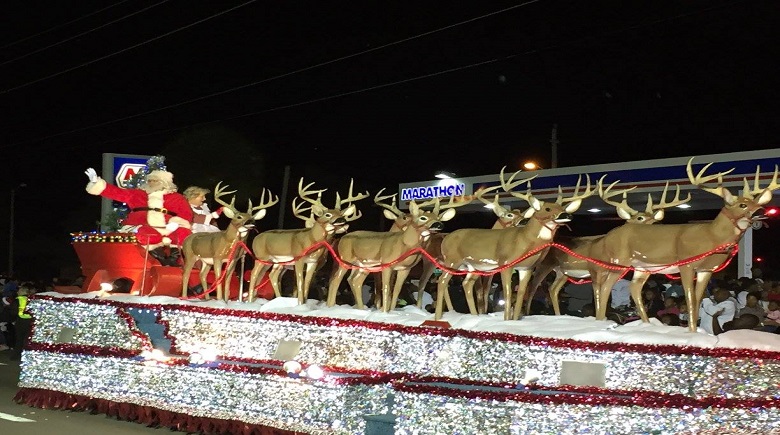 Over the past 17 years, this parade has become so big and festive that it requires the combined efforts of the City of Winter Haven and Auburndale to pull off. This year’s parade will start from Spring Lake Plaza in Winter Haven, work its way along Havendale Boulevard toward Auburndale, and end at Wells Fargo at 42nd Street. 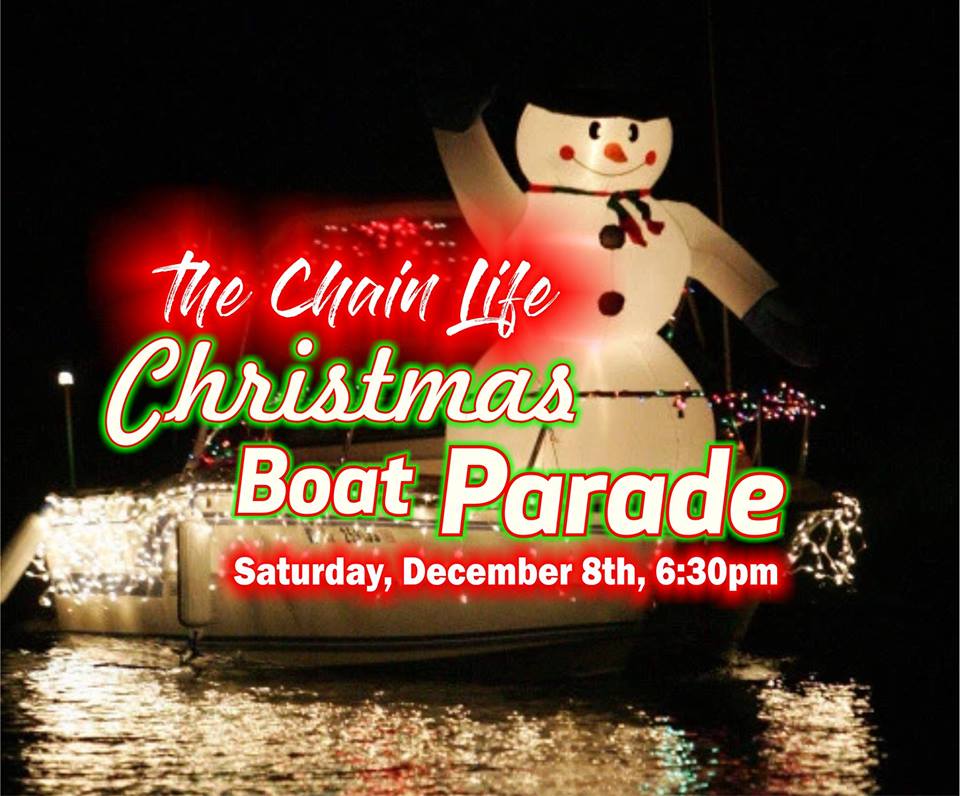 Where: Lake Howard and Lake Shipp

The Chain of Lakes will light up the night during the annual Christmas Boat Parade, hosted by Chain Life Winter Haven. The procession, led by the Winter Haven Police Department, will start near Marine Supply in Lake May and work its way along the shores of Lake Howard and Lake Shipp. The parade can be viewed from most city boat ramps, as well as the many lakeside resturaunts, including Harborside, Old Man Franks, Idle Zone, and Tanners Lakeside. 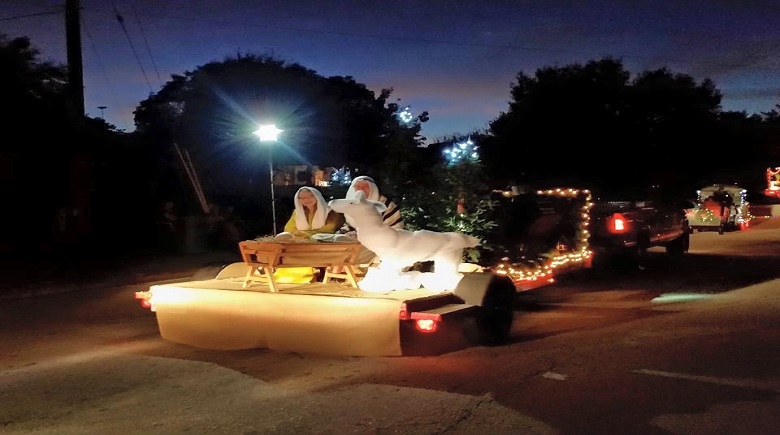 We all have fond memories of Christmases past, whether from the rockin’ Fifties, hip Sixties, groovy Seventies, gnarly Eighties, or tubular Ninties. No matter when your favorite Christmas memories originated, you’ll be sure to re-live them with this year’s parade themed to “Christmas Through The Decades.” The parade will start at Lake Wailes Park and make its way along Central Avenue through Downtown Lake Wales and towards City Hall.

For the tenth year in a row, Davenport will be able to celebrate the start of the holidays with real snow and a visit from Santa Claus at Winterfest in Wilson Park. The festivities begin after the conclusion of the annual parade through Downtown. The parade will start on South Boulevard and work its way along, Suwannee Avenue, Bay Street West, and Highway 547 N before ending near Wilson Park.

We all have favorite Christmas stories, whether it be about Santa, Rudolph, or even the very first Christmas nativity. All of these stories and more will come to life during this year’s parade, themed to “Christmas Storybook.” Afterward, enjoy a stroll through the Christmas Village at Spence Park.

Mr. and Mrs. Claus will be stopping by the Dundee Community Center to visit good little boys and girls, who will all have an opportunity to take a photo with them, as well as receive a special present from the Mayor. Santa will be making his trip there during the annual parade, which will start at Winn Dixie Plaza and head towards the community center along Dundee Road.

Bartow sure knows how to put on a parade, and their annual Christmas parade is no different. Watch as the streets of downtown light up with festive Christmas lights and floats. The parade will start at Mosaic Park, make its way along Broadway Avenue and Main Street, and end at First Avenue.