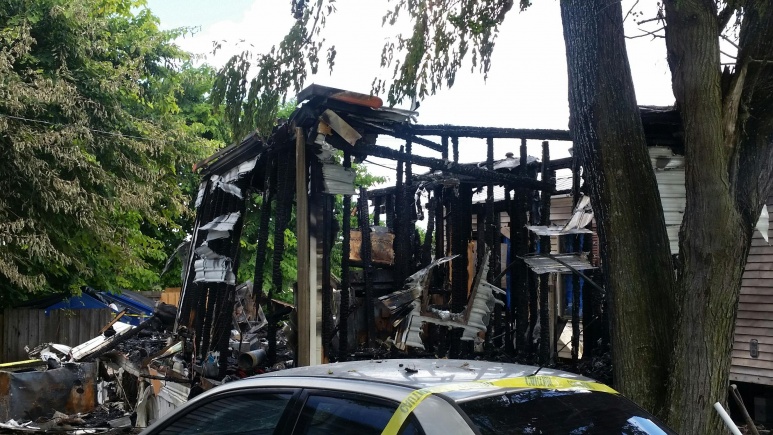 Lake Wales, Florida – According to reports the Polk County Fire Rescue was called to a fire at 5137 N Scenic Hwy, Lake Wales, FL 33898 which is the Enchanted Grove Mobile Home Park.  A mobile home in the park was fully involved and eventually became a total loss. The fire is believed to have started around 5 am. According to the person living in the home at the time (we are not releasing that person’s name at this time) his family was able to escape the fire without injury. The home was being rented by the person who advised he and his family has lost everything, but are very thankful to be alive. A smell of burning wires alerted them to exit the trailer before it quickly became engulfed in flames. The mobile homes on either side of the trailer that caught on fire are also currently unlivable until a determination can be made if the intense heat damaged the wiring in those homes. The Red Cross is helping the families with temporary living the next few days. A neighbor advised that they have been in touch with the Lake Wales Care Center to see if they may be able to also assist.

According to the Polk County Fire Rescue they received the 911 call at 5:15am and arrived on scene at 5:29am. The home was fully involved. The fire is still under investigation.