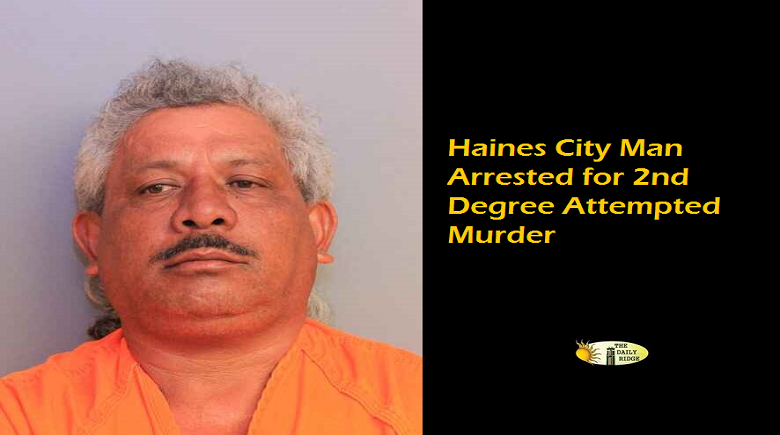 On July 23, 2016, at approximately 2349 hours, Bradley Mills (victim) was outside at his residence located on Mason Avenue, Haines City with his wife. About two houses down from his residence, he heard and observed two unknown males staring and whistling at his wife. The victim walked into the street where the unknown males were standing and told them to stop disrespecting his wife.

Once police arrived at the scene a description was given to them and a possible location of where the suspect resides was disseminated. The suspect was located at his residence and identified as Rolando Fernandez Rodriquez  (06/15/1972) of 2314 Pine Avenue, Haines City Florida, 33844.

The victim was being treated for two gunshot wounds at the Heart of Florida Hospital. His condition was non-life threatening.

The suspect Ronaldo Fernandez Rodriquez (06/15/1972) was transported to the Polk County Jail and charged with Attempted Murder in the 2nd Degree.