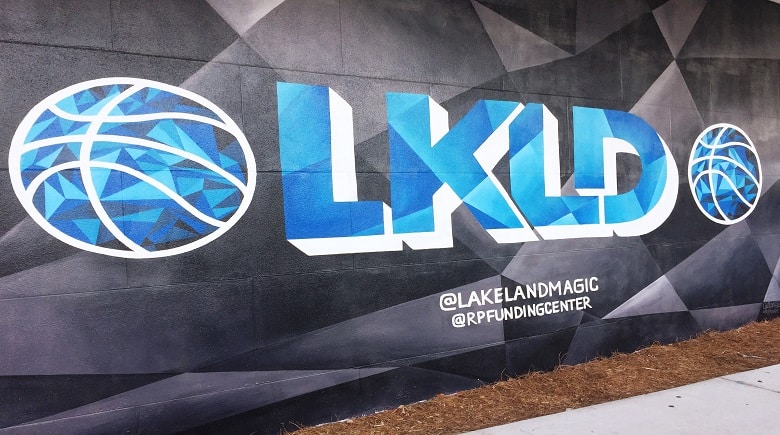 A little Lakeland magic was added by the Lakeland Magic basketball team through a new mural that now adorns the outside of the RP Funding Center.

On Friday afternoon, the new mural was unveiled to the public through a ribbon cutting ceremony hosted by the Lakeland Chamber of Commerce and the RP Funding Center, where the outdoor art piece now stands. 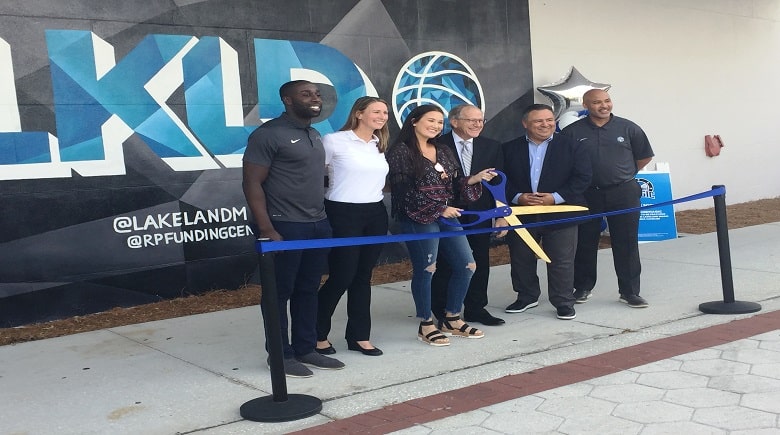 The mural, which predominately showcases the Lakeland Magic logo, was created not only to help promote team spirit for the local basketball team, but also to add another mural to the predominate and lively art scene in Downtown Lakeland.

“The Lakeland Magic mural is inspired by community pride and serves as a destination for both locals and those visiting our city,” the Lakeland Magic website states. “The design incorporates an artistic interpretation of water movement that represents the numerous lakes included within city limits and, yes, a hint of basketball.”

More than 60 temporary “un-murals” currently adorn the walls of many buildings within Downtown Lakeland through the Lakeland Tapestries art exhibition, which will be running until January 2020. The art project, promoted by local artist David Collins, was created to help showcase the talent of local artists such as himself.

While the new Lakeland Magic mural is not an official part of this exhibition, as it is a permanent fixture, it was created as to help add to the local flavor and art scene that the other “un-murals” are helping to promote, explained Shelly Wilkes, Lakeland Magic Team President.

“This season, we wanted to enhance and be part of the art scene in Lakeland,” she said. “There are just so many amazing artists here in Polk County, and so many different things that the county is doing with murals throughout the city.”

Lakeland Magic will also be joining the local art scene through their upcoming “A Night of the Arts” theme night. To be hosted on March 14, 2020, the special night will help showcase the talent of local artists of various media during an art festival prior to the Lakeland Magic tip-off.

One such local artist, Gillian Fazio, painted the mural that stands outside the wall next to the parking lot of the RP Funding Center. She had also painted murals for other local buildings such as the Carol Jenkins Building at Lake Regional Hospital. 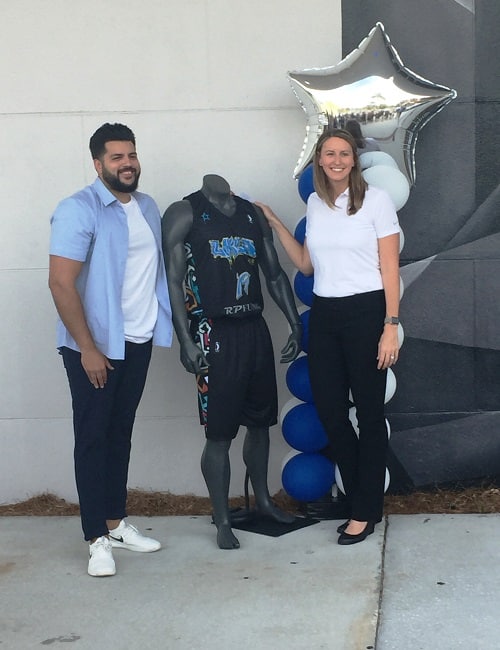 Fazio spent 50 hours on a lift painting the art piece. Her time working on it was more than worth it, especially since she was the one to cut the ribbon during the unveiling ceremony.

“I am thrilled and honored,” she said. “I am from Lakeland, and I would like to be one of the artists to bring murals to the spotlight…I was not expecting to cut the ribbon, but that was thrilling. I am super thankful for that opportunity.”

Another artist honored during the ribbon cutting was Daniel Dalhoof, who helped design a special art jersey for the basketball team. He was one of three artists who participated in an art contest to design the new jerseys, and he was honored to have won. Now that his design has been chosen, the jerseys will be worn by team players through the season, and later will be auctioned off with proceeds going to the charity of Dalhoof’s choice.

While Dalhoof is excited to have his artwork honored this way, he humbly admits that his own art pales in comparison to the magnificent work that Fazio put into creating the mural, he said.

“It feels amazing to actually see your work get transformed and created like this, and it is life like, it is awesome,” he said. “[Though] she [Fazio] is actually better than I am.”

The new mural is on display on the wall outside the parking lot to the Lakeland Magic building at the RP Funding Center, located at 701 W Lime St, Lakeland, FL 33815. For more information about Lakeland Magic, visit their website at: https://lakeland.gleague.nba.com/ 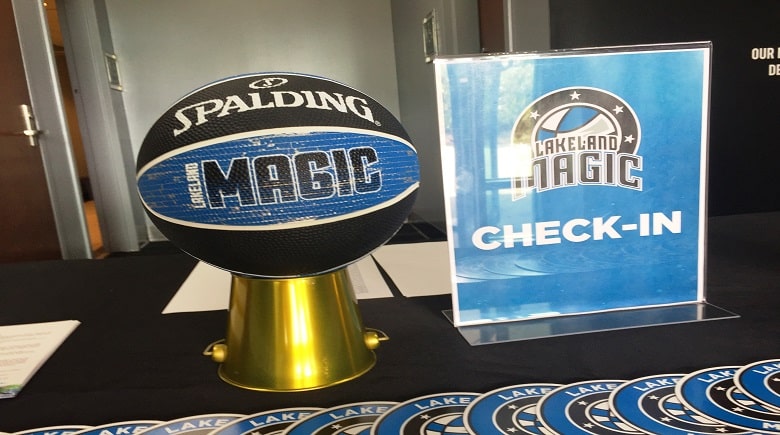 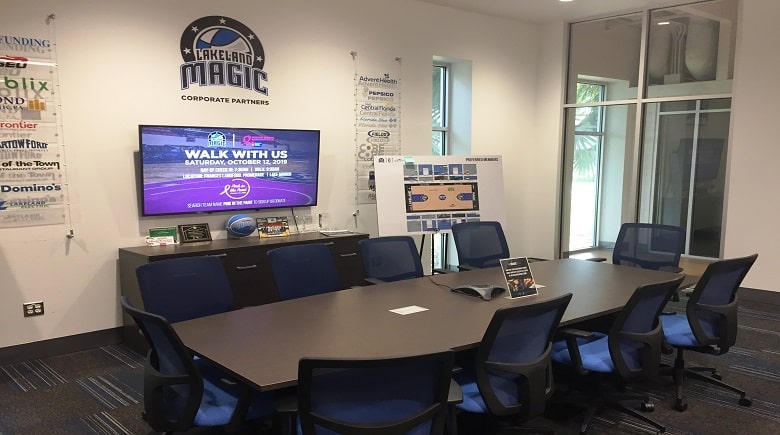 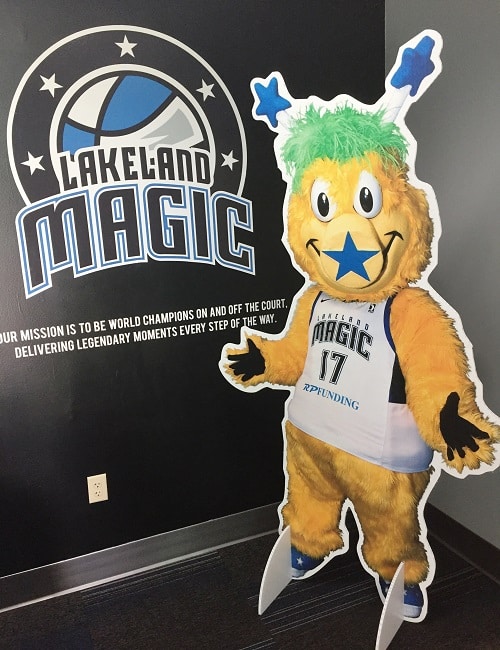