Lyft Driver Pulls Gun On Man For Eating In His Car 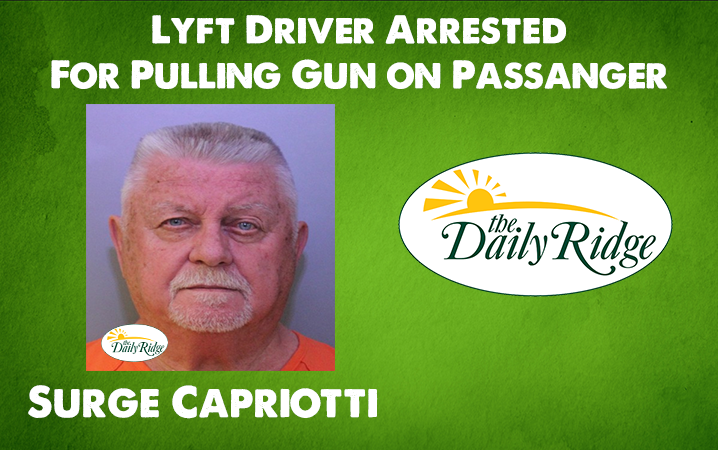 At approximately 10:45am Florida Highway Patrol responded to a call on eastbound State Road 400 at mile marker 400. The caller stated that his Lyft driver pulled out a gun and pointed it at him.

According to the FHP affidavit Mr. Bellamy jumped into his Lyft ride and began eating his lunch in hopes to finish before reaching his destination.

Mr. Bellamy stated that the Lyft driver told him he could not eat in his car. An argument escalated into verbal assaults and the driver stated that if Mr. Bellamy continued to eat that he would kick him out of the vehicle.

Mr. Bellamy stated that as the argument continued the driver pulled onto the left shoulder of eastbound State Road 400 at approximately mile marker 55 and continued arguing.

As the driver reached for the glove box Mr. Bellamy jumped out of the car. Mr. Bellamy stated that as he exited the vehicle the Lyft driver pointed a silver handgun at him and then proceeded to drive off.

When the Florida Highway Patrol arrived at the scene Mr Bellamy showed the officer a picture of his Lyft driver named Serge. The officer ran the tag number and was able to confirm that the Lyft driver listed on the app was indeed a match. According to the report the Lyft drivers full name was Serge Capriotti ad was listed under the emergency contact as the spouse for the registered owner.

Mr Bellamy gave an audio and video recorded statement. Mr Bellamy stated that he was in fear for his life and thought he was going to get shot by Mr. Bellamy.

Serge Capriotti was located in Haines City and arrested on February 7th 2020 for Aggravated Assault with a Deadly weapon without intent to kill.

Serge Capriotti was realeased from Polk County Jail on February 8th 2020 on a $1,000 bond.