Baseballs are usually tossed on Publix Field at Joker Marchant Stadium in Lakeland. But last Saturday saw pancakes being tossed during the Kiwanis Pancake Festival.

For the past 62 years, the annual pancake festival has served as a major fundraiser hosted by the Lakeland Kiwanis Club. The festival had previously been hosted in Downtown Lakeland, but had since moved to its new location at Joker Marchant Stadium. 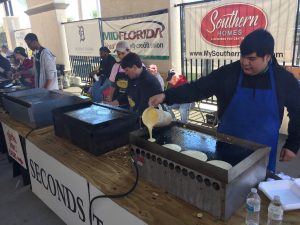 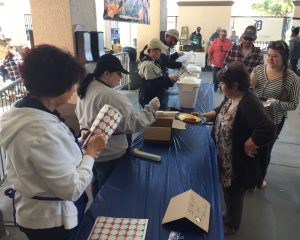 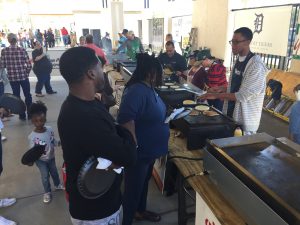 Aside from eating a pancake breakfast, the event also allowed attendees to listen to live music, receive free balloon animals, and meet and greet costume characters as provided by the local organization, Costumes For Charities. 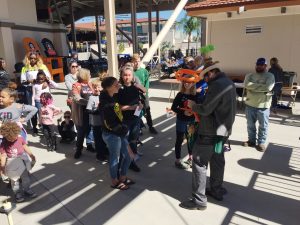 Koch has been involved with the Kiwanis Club for nearly 30 years. There is nothing she loves more than being able to dress up as a stack of pancakes and interact with the people who make this event happen.

“The volunteers and the charities that are here for the event are great,” she said. “It was a little chilly earlier this morning for a start, but then it started picking up.” 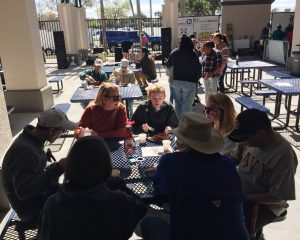