Nearly 15 years ago, Steve Madden, a board member for Volunteers in Service to the Elderly (VISTE), traveled to Denver and visited a local fundraiser. So enthralled was he at the very prospect that, when he returned to Florida, he proposed something similar as a signature fundraiser for their own organization.

For the past 15 years, VISTE has been hosting VISTEBall, its annual fundraiser featuring golf-themed games, buffet and bar, and silent and live auctions. Hosted at the Skylight Hangar at the Sun N’ Fun Campus in Lakeland, the fundraising event provides a casual atmosphere unlike any other. 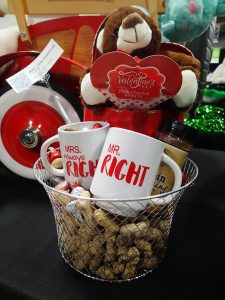 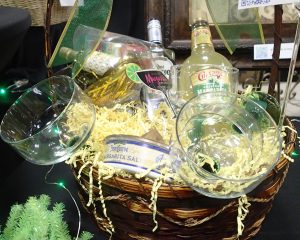 As a board member for the past 16 years, Madden loves being able to attend VISTEBall and in turn serve an organization that serves the local community as well as it does, he said.

“It is pretty satisfying to work with selfless people who want to service the elderly,” he said. “We owe it all to the volunteer base. It is a privilege to work for one of the best non-profits in the area.”

Since 1983, VISTE has remained true to its mission statement, which, according to its website, is “to enable frail elderly persons to continue living independently and safely in their own home. Learn more about us or get in touch if you want to volunteer.”

VISTEBall is its main fundraiser. Every year has new and interesting items for attendees to bid on through live and silent auctions. This year, attendees could even download a special app that allowed them to bid on such items even if they did not attend the event in person.

As with every year, the event continues to grow, drawing in around 700 to 800 attendees. The proceeds go towards helping local seniors that are in need of help to stay in their own home safely and independently. 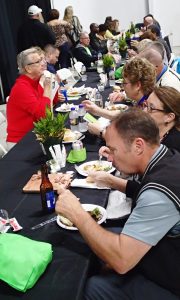 “VISTE is no place else on the planet,” said Steve Bisonnette, VISTE President. “We are a non-profit in our local community and no place else. It is fully supported by local community, businesses, and individuals. We are excited to see the entire community come out and support this.”

Alice O’Reilly was the former president for 20 years. She retired five years ago. Even then, she continues to attend the event. This year she had the honor of standing at the front and greeting guests as they arrived.

When she first started at VISTE 20 years ago, they had an annual budget of $100,000. They had since grown to 400 clients with nearly a million–dollar budget.

“I think it is the greatest event in Lakeland,” she said. “It is a very laid back casual fun evening that we have been very blessed to be successful these past 15 years.” 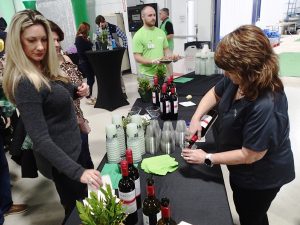