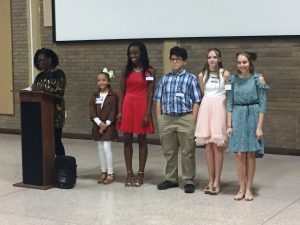 On Friday evening, five local Lake Wales students and their family and friends gathered at the James P. Austin Community Center to participate within the annual oratorical contest, offering speeches about the late civil rights leader and his vision for racial equality in America.

The event opened with a welcome from Evangelist Sheila Wilson and prayer from Rev. James Wells, along with the signing of “Lift Every Voice And Sing.”

Five children from local schools attended that evening: three from McLaughlin Middle School, one from Candlelight Christian Academy, and one from Lake Wales High School. Each participated for a chance to win a certificate for first, second, or third place. 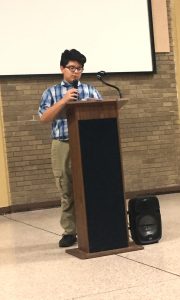 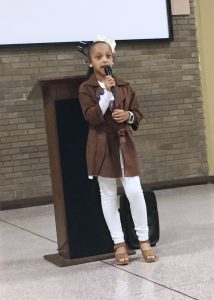 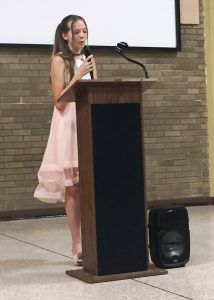 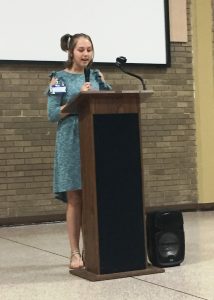 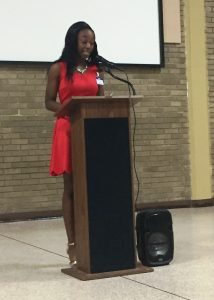 Judging the awards that evening as judges were Maeleesa Strong, Jasmine Thomas, and Tiffany Roberts.

This event was one of many that week in celebration of Dr. Martin Luther King, Jr. Day. Other events included an International Potluck on Thursday, Unity Walk on Saturday, and Breakfast and Parade on Monday.

The winners and participants of the contest that evening were as follows:

“I have a dream.” Dr. King repeated those four words eight times in his speech; and each and every time, he emphasized his vision for a better world free of racial inequality and injustice.

Since then, racial relations in America have vastly improved. A’Maya Roberts can attest to that fact, as she sees it every day at her school.

“We have come such a long way,” she said. “I was able to play with my friends no matter what color they were. I was able to go to school and learn and have an equal shot at an education. My parents didn’t have that. In fact, they had to work twice as hard to get where they are. Children like me now have the opportunity to mingle with people of all different colors and backgrounds…This proves that his dream lives on.”

However, in spite of such improvements, America still has a long way to go until Dr. King’s dream is fully realized. Until then, she and her generation will fix some of the problems with racism that still exist today.

“Tomorrow, it is my dream that we will not have to worry about police brutality and discrimination based on color,” she said. “It is my dream that tomorrow we can abolish the stereotypes associated with the black race. My dream is that tomorrow the black woman is not looked upon as angry, controlling, or a bad attitude, or that a black man is considered a menace to society…It is our job to fulfill that dream.”

When Abraham Lincoln signed the Emancipation Proclamation, ending the Civil War and ending slavery, he made America a better place for African Americans. However, even a century after slavery ended, the black community still faced hardship through segregation and Jim Crow.

Dr. King mentioned that fact as much in his speech. He mentioned how blacks still weren’t free, and how it was up to all of us to work together to make the country better for everyone.

Even today, nearly half a century after segregation and Jim Crow has ended, blacks still face racial injustice through police brutality and other issues. Zyonn McGriff mentioned that fact in her speech, urging listeners to heed the words of Dr. King, even today.

Dr. King dreamed of a world where his children were judged, not by the color of their skin, but by the content of their character. He dreamed of creating that world, not by force, but through love and non-violence.

Much has changed since he first gave that speech, but much more can be improved. Anelise Potter has seen at her own school how others are still mistreated and bullied. She feels a better world is possible if we strive to live by Dr. King’s vision of love and kindness.

“Now as we become more mindful of situations like this [racism], we become more mindful that this is not right, and the people who are causing damage of other people may have been misguided and led astray from quality and love,” she said. “Dr. MLK envisioned to see everyone [prosper], to respect each other, and build a better future for ourselves.”

Stuart preached these three virtues during his speech. He mentioned how Dr. King exercised wisdom by strategically organizing protests and boycotts without the use of violence. He exercised justice by demanding that the law treat everyone equally. And he exercised love by insisting that only it could drive out darkness.

“He dreamed that everyone would be equally, but he knew it was easier said than done,” Stuart said. “If all of us can work together to practice wisdom, justice, and love, then his dream will come true.”

Since Dr. King’s death, many things have improved concerning racial relations and equality in America; however, many things can still be improved. Thomas Guidice offered some suggestions on how to do just that.

One way is to obey the Golden Rule by treating others how you would like to be treated. Only by treating others with the kindness and respect we would want ourselves can the world be a better place for everybody, regardless of race.

“I plan on changing those things for the sake of humanity because even without segregation, we can still do cruel and [abhorrent] things to each other,” he said. “What Dr. has envisioned, I plan on making a reality.” 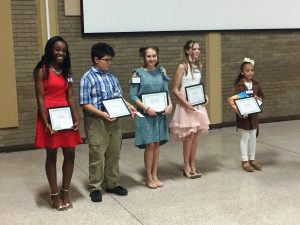