Lakeland may experience 80–degree weather this time of year, but even if the weather didn’t get cold enough to snow, the city enjoyed a Winter Wonderland last Saturday during the annual Lakeland Snowfest. 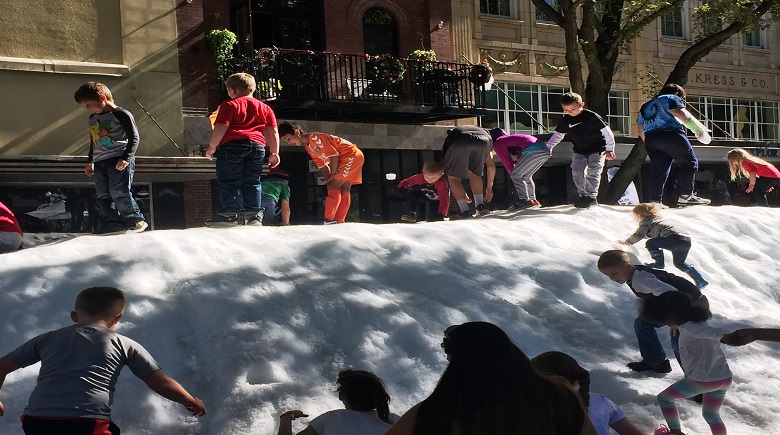 For the 39th consecutive year, nearly a ton of snow was dumped downtown into a big mountain, allowing local children an opportunity to frolic and play within the white stuff during the holiday season. For several minutes at a time, the children could do everything from climb up the hill and slide back down it to make snow angels and toss snowballs.

Aside from playing in the snow, attendees could also enjoy live Christmas music and dance performances as performed upon the main stage. They could also peruse several local vendors for holiday arts and crafts, including homemade ornaments, wreaths, and garlands. 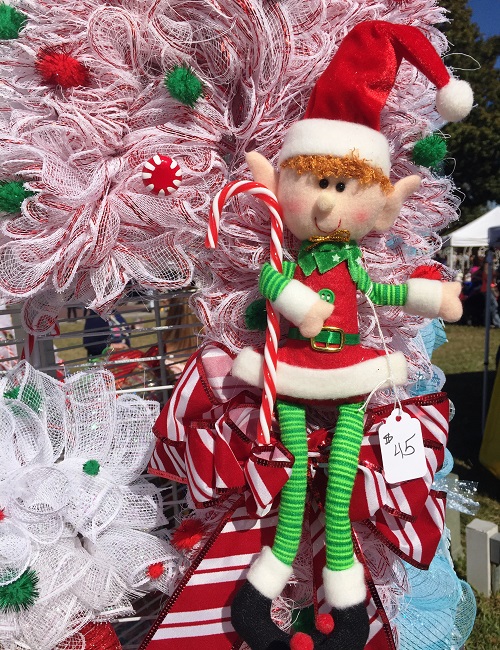 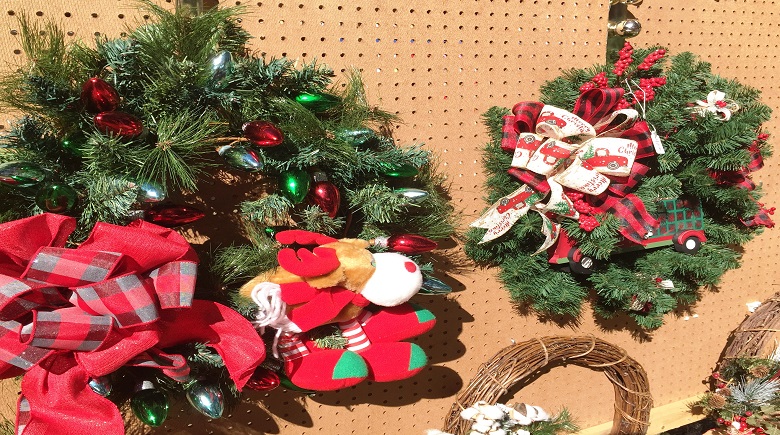 Linda Reis-Critoph makes everything from Styrofoam ball snowmen to decorated champagne glasses. These crafts she makes as a fun family activity with her daughter and her daughter’s mother-in-law. Usually they browse Pinterest for craft ideas, she said. Since sports are especially popular, they often make snowmen dressed in clothing designed after different sports teams.

Critoph attended the annual Snowfest for the first time last year. She loves being able to see families enjoying the festivities together. “I think it is great,” she said. “They have everything for the kids and the adults and entertainment, they have done a great job…so it is a good place to come.” 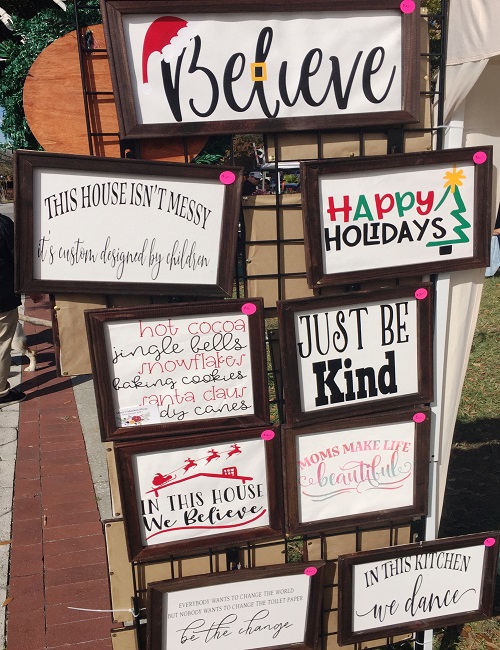 Cindy DeVeries, owner of Cindy’s Creations, make wreaths for every holiday and season, including Halloween and especially Christmas. She displayed several of her homemade wreaths, ranging from traditional green and red to some designed like Santa Claus.

This was her first time attending the annual event. As someone who lives in Lakeland, she considered the event well-organized and within a beautiful venue, and she will consider potentially attending again in the near future.

As for her crafts, her designs are not planned, as she usually creates them on the fly. “I start working, and the ideas start coming out as I go along,” she explained.

Barbra Davis is another Lakeland local who specializes in holiday crafts. Fittingly enough, for an event about snow, she makes her own plush snowmen, many of which also wear costumes based on different sports teams. 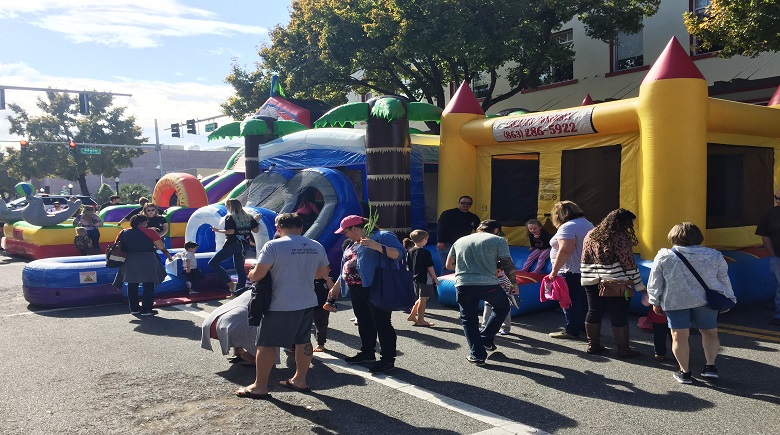 As someone who attended last year, she saw more people attend this year’s event, and she even managed to sell more snowmen this year. She loves being able to interact with different people, including children. 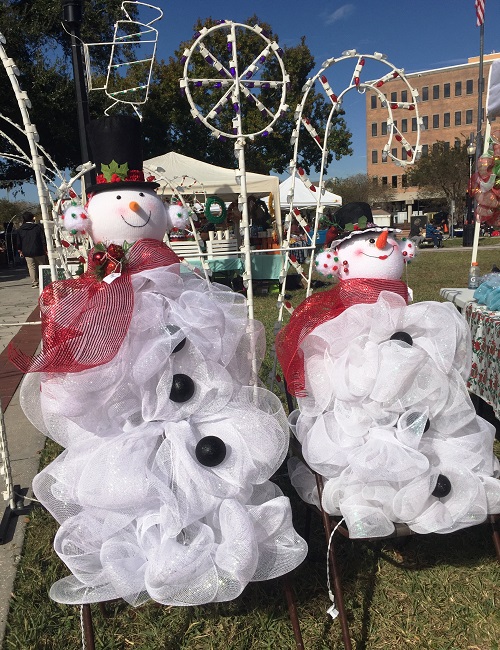 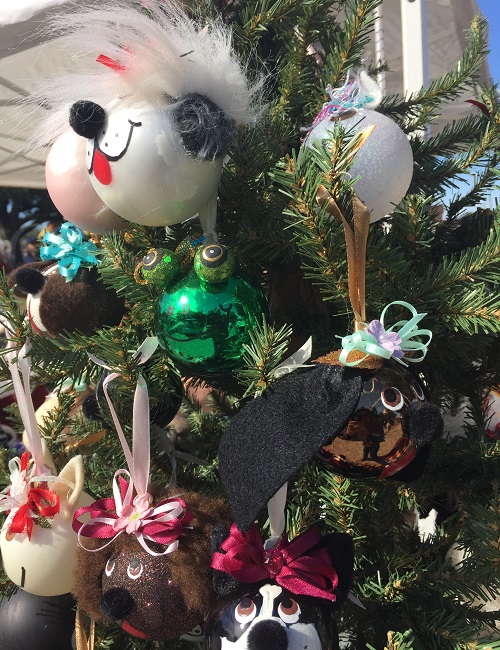 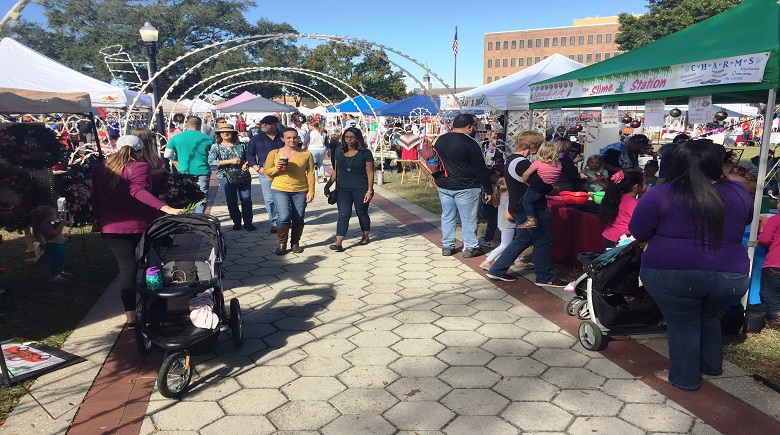