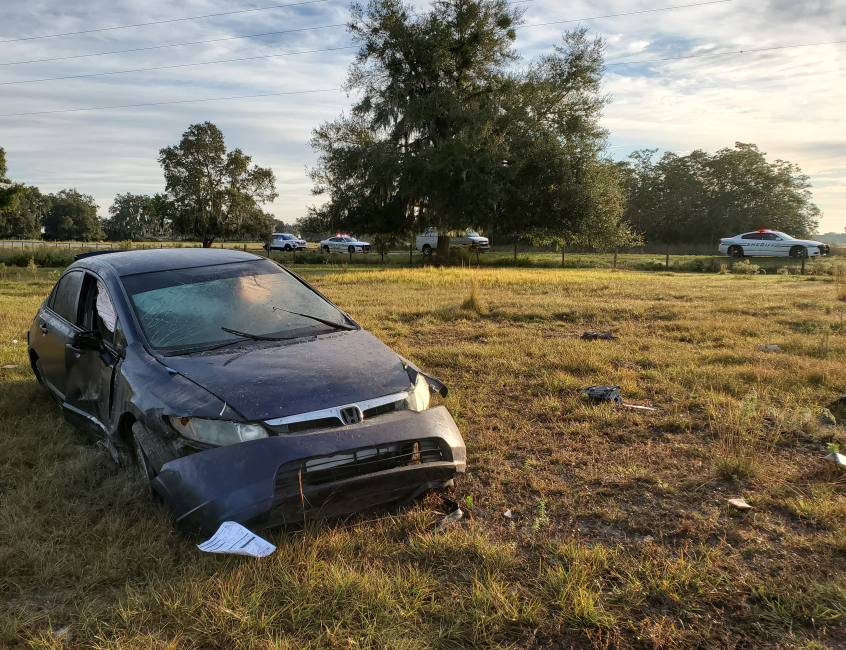 A single vehicle crash near Alturas occurred Monday morning, November 25, 2019, and took the life of 19-year-old Adrian Saavedra Hernandez of Bartow.
The Emergency Communications Center (ECC) received a 911 call at 6:38 a.m., reporting that a crash had been discovered in a pasture on Alturas Road North, approximately one half mile south of State Road 60.
According to the preliminary investigation, Saavedra Hernandez had been driving north in a blue 2008 Honda 4-door and negotiating a curve in the roadway when he lost control of the car. The car spun off of the west side of the road, struck a fence, went airborne, then rolled an estimated five times.
Saavedra Hernandez was not wearing a seat belt and was ejected from the car during the crash. He was pronounced deceased by Polk Fire Rescue upon their arrival at the scene.
Crash investigators believe that the crash may have occurred about four hours prior to being reported.
The speed limit in that area is 35-mph, and excessive speed appears to have been a factor in the crash.
The investigation is ongoing.
November 26, 2019