Share
Facebook
Twitter
The Polk County Sheriff’s Office arrested two men early Thursday morning, August 22, 2019, after one of the men aimed a laser-light into a PCSO helicopter that was flying overhead.
At about 3:55 a.m., the helicopter was flying over Recker Highway in Auburndale when a laser light shined into the cockpit twelve times, including one time where the light directly struck the pilot’s eyes.
“If a pilot is wearing night vision assistance while flying, the laser light gets magnified, and can seriously injure his or her eyes. Aiming lasers at aircraft is reckless and dangerous. Not only does it put the lives of everyone in the aircraft in danger, it also endangers people on the ground should that aircraft crash. Fortunately, our pilot was not injured” – Grady Judd, Sheriff.
A flight observer riding in the helicopter was able to see the man who was shining the light and relayed a description and location to patrol units on the ground.
Deputies located the man and his companion at 340 Recker Highway.
33-year-old John Marsh of Auburndale was arrested and charged withUnlawful Use of a Laser Light Device (F3). Marsh also had an active warrant for Violation of Probation for Petit Theft.
Marsh has a prior criminal history consisting of nine felonies and ten misdemeanors to include: Grand Theft, Carjacking, Aggravated Assault, Battery (3), Possession of Methamphetamine (6), Possession of Marijuana, and Possession of Paraphernalia (2).
Marsh’s companion, 33-year-old David Dade of Tampa, was arrested on a warrant out of Hillsborough County for Failure to Appear for Possession of Controlled Substance. 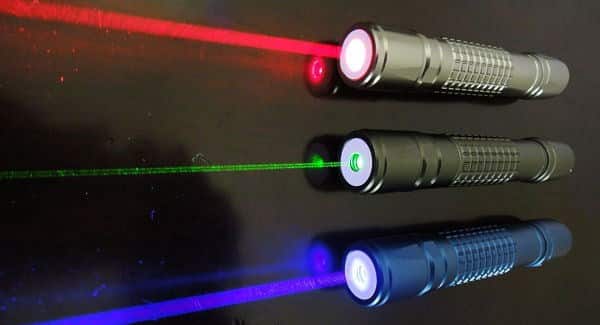