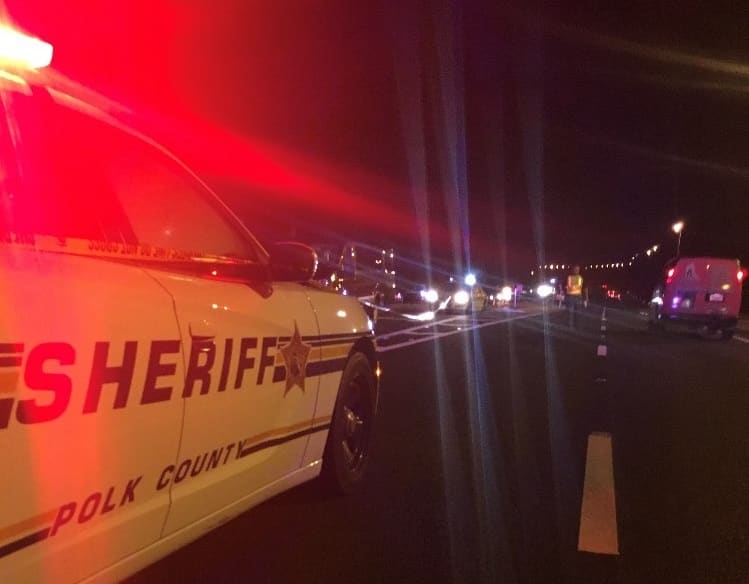 The PCSO Traffic Unit is investigating a traffic fatality that occurred Saturday night in Mulberry during which an adult pedestrian was struck and killed.

Around 9:20 p.m. on Saturday, August 3, 2019, the PCSO ECC received a 911 call from 48-year-old Joseph Lauriano of Tampa, who said he was driving his red Dodge Ram pickup truck westbound on SR 60 near Bailey Road when he struck a man who was walking across SR 60, propelling the man into the grass median. When first responders arrived, the pedestrian was deceased.

The pedestrian was 46-year-old Miguel Hernandez of Mulberry. He and a 12-year-old boy were walking across SR 60 near the intersection with Bailey Road and were in the inside lane when another driver, who was in front of the Dodge truck, swerved into the outside lane to avoid hitting them both.

Lauriano, who was behind that car and also driving in the inside lane, also swerved in an attempt to avoid hitting the pair, but was unable to avoid hitting Hernandez. After he was struck, he was propelled into the grass median. The boy was not injured.
Lauriano immediately stopped to render aid and dial 911. The first driver who swerved also stopped and gave her statement to deputies.

Hernandez and the boy are not related but both live in trailers within a trailer park nearby, and were walking to a food truck on the opposite side of SR 60.

Hernandez was wearing dark clothing. There is no cross walk where they were crossing the highway.

Impairment on the part of Lauriano is not suspected. The investigation is ongoing. The westbound lanes of SR 60 were closed for approximately four hours in that area.