For the past five years, Florida Polytechnic University has been a driver of academic excellence. Now with its plans for a new research park and autonomous vehicle test track facility, the university strives to become a driver of economic development. 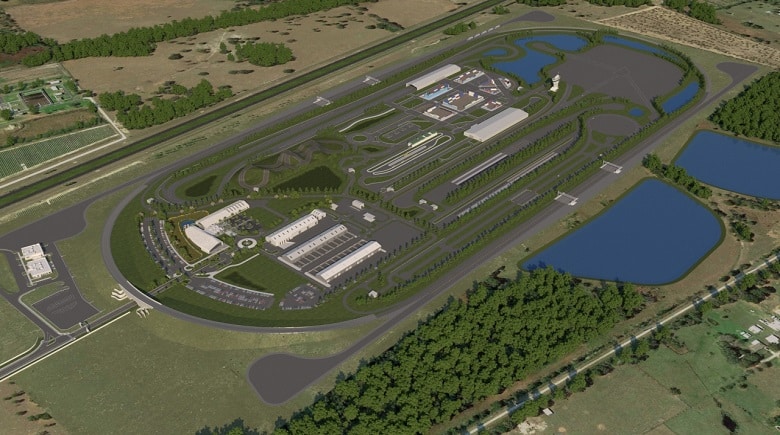 During the I-4 Commercial Corridor Conference, hosted at the university on Thursday, Dr. Randy K. Avent, Founding President, expressed his intent to transform his university into an “economic engine” to help create the “creative class” for Central Florida. 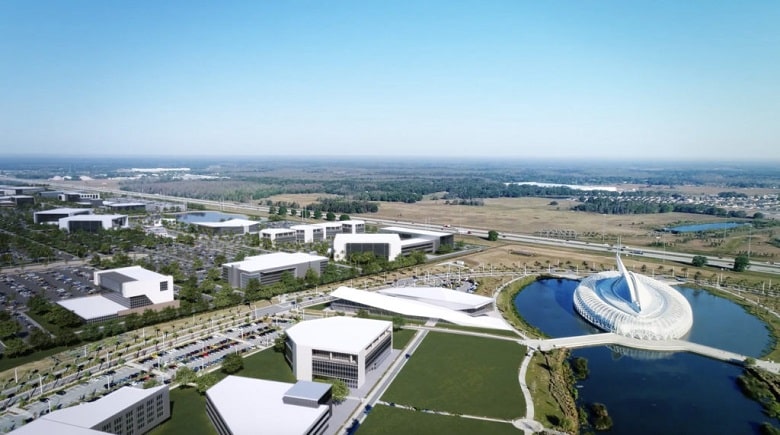 These universities provide research and high-demand, low-supply talented students with expertise in their fields that industry desires most. As such, they have the power to help spur the “creative class” necessary for future industry, Avent said.

Such a “creative class” is what Polk County needs most now more than ever. The current median household income in Lakeland is $15,629 less than the U.S. average, and most jobs are within trade, transportation, and warehousing–all of which are at risk of automation in the near future, Avent explained.

“We have to build a high-skilled, high-wage workforce in Polk County and use that to create good paying jobs for other people in Polk County,” he said.

Florida Polytechnic has already helped create this “creative class” by graduating more than 500 students, about 84 percent of which have obtained jobs with an average salary of over $50,000, and only incurring an average debt of $7,000 (compared to the national average of $38,000).

The university plans on continuing to promote economic growth and development through a high-tech research park, planned to be built upon 500 to 600 acres of property right next to the university.

Not only will this research park provide state-of-the-art facilities for cutting-edge industry and research, but also a town center offering plenty of neighborhoods, schools, offices, and restaurants for local residents to work, live, and play, Avent said. 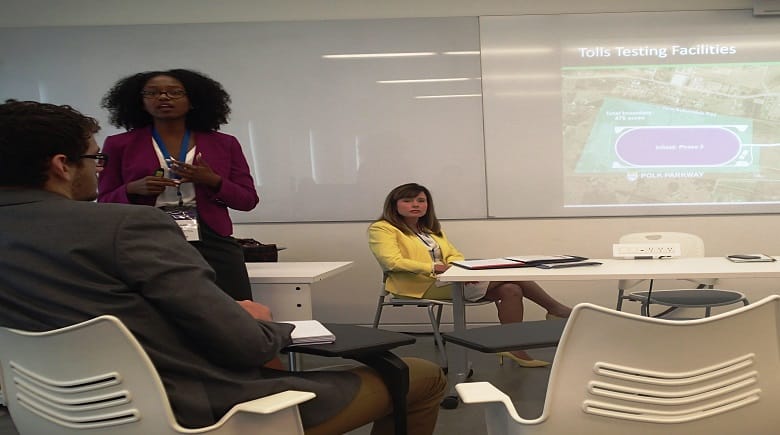 NC State University created a similar project with its Centennial Campus, with an overall vision “to co-locate academia, industry, and government to work on common hard problems,” according to Avent’s slides. The result was more than 3.8 million square feet that have helped produce more than 38 building projects in less than 30 years. Florida Polytechnic hopes to see similar success with their own research Park, Avent said.

Another project that the university will use to help promote economic growth and development will be the Florida Turnpike Enterprise SunTrax, an autonomous vehicle (AV) test track facility located in Auburndale.

More details about this proposed test track were unveiled during a panel moderated by Melony Bell, Florida House Representative for House District 56, and attended by Kelda Senior, Business Development Manager for the Florida Department of Transportation/Turnpike. 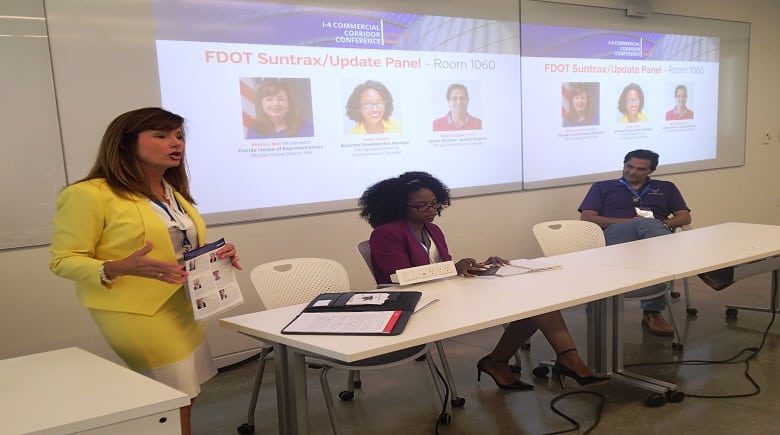 This 400-acre testing facility will be approximately the same size as the Daytona Speedway, with a two-a-quarter-mile long track, with several special testing fields that can be modified with shipping containers to simulate various driving environments, explained Senior.

Designs for the facility is currently 90 percent complete, with construction planned to begin this October, and a third-party operator planned to be brought on board by the end of summer, Senior said.

Recently, Bell and her fellow House Representative members helped pass a bill, HB 311, which provides provisions allowing for autonomous vehicles to be tested and operated on Florida roadways, even if there isn’t a driver within them, according to an article by Florida Politics. 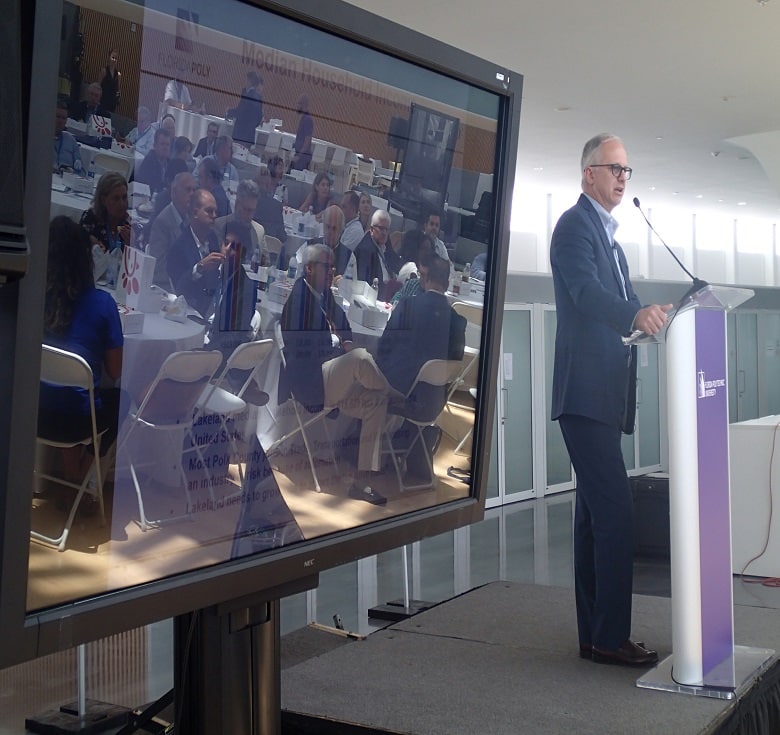 Florida is within the position to dominate the market share for Southeast training of autonomous vehicles. Hopefully, this bill will not only help the state become a leader within that market by opening up many business opportunities, but also that the vehicles produced can open up opportunities for state residents, including those with disabilities, Bell explained. 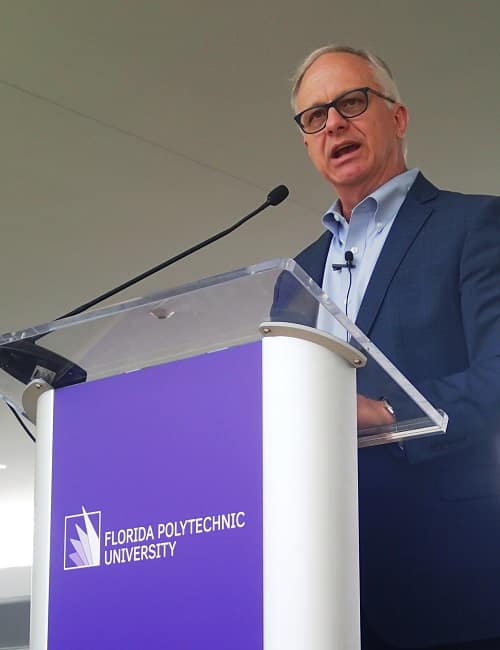 “Think what this will do for people who are blind,” she said. “That is an eye-opening experience. Someone who has never been able to drive a vehicle will be able to know how to operate a vehicle…they will not be dependent on public transportation.”

For more information about the Florida Polytech Research Park, visit their website at: https://floridapoly.edu/news/florida-poly-2-0-new-vision-excellence/

For more information about Florida SunTrax, visit their website: http://www.suntraxfl.com/