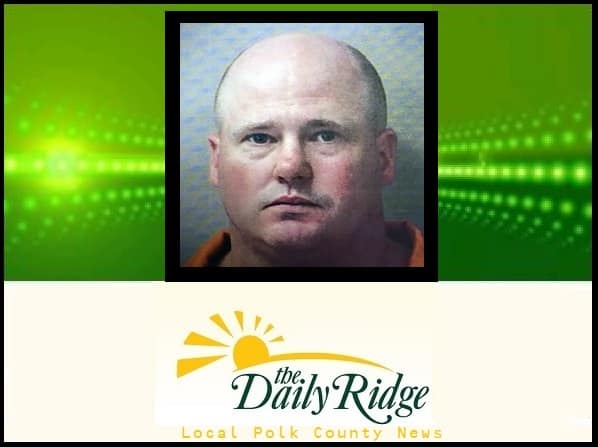 A deputy sheriff with the Okaloosa County Sheriff’s Office was arrested Wednesday, June 19, 2019, in Shalimar, Florida, following a joint investigation by the Polk County Sheriff’s Office and OCSO that found that the deputy had sent pornographic images to a 9-year-old Winter Haven girl. He was booked into the Okaloosa County Jail on multiple charges.

PCSO began the investigation on June 11, 2019, after being contacted by the victim’s mother, and ended with the arrest of 41-year-old Cansas Sadler, Jr. in Okaloosa County.

Sadler first made contact with the victim by sending her a direct message to her cellphone via an online interactive mobile game called, “The Wolf.” During his communications with the victim, he portrayed himself as an 11-year-old girl named Jade and an adult male named Jason, using both identities in an attempt to manipulate the victim into sending nude images of herself and to meet up for a sexual encounter.

Messages between the two began on the morning of June 8, 2019 and ended in the afternoon of June 9, 2019 after Sadler called the victim’s phone and her mother answered. During the texting dialogue with the girl, Sadler sent the victim three pornographic images and sent numerous messages that were sexually explicit.

“I’m disgusted—as a parent, law enforcement officer, and a human being…that a guy, A DEPUTY SHERIFF, would manipulate a young child and expose her to this. I commend the work of our detectives, Okaloosa County detectives, and everyone else involved who helped put this miscreant in jail. Let this be a reminder to parents that they need to closely oversee their child’s online activity, and to everyone else that we will not tolerate anyone preying on our children.” – Grady Judd, Sheriff.

The PCSO charged Sadler with seven counts of Transmitting Material Harmful to a Minor (F-3).

Sadler was booked-in to the Okaloosa County Jail on OCSO charges of Using a Computer to Solicit a Minor (F-3), Misrepresenting Age During the Solicitation of a Minor (F-2), and Using Two-Way Communication Device to Facilitate a Felony (F-3).

According to the Okaloosa County Sheriff’s Office, Sadler was immediately terminated from his position with the agency. He had only been with the agency since July of 2018 and was still in new-hire probationary status. Prior to being hired by OCSO, Sadler had retired from the United States Army.

In a statement released Wednesday, Okaloosa County Sheriff Larry Ashley said, “I’m always disheartened when someone sworn to serve and protect commits any crime, much less crimes of this nature,” said Sheriff Larry Ashley. “It’s an affront to all the hard-working, dedicated law enforcement officers who work tirelessly each day to keep our citizens safe. I want to thank our investigators and their counterparts from the Polk County Sheriff’s Office. As Okaloosa County Sheriff, I greatly appreciate their teamwork and professionalism in working to develop the evidence, arrest, and hold the suspect accountable.”

Sadler has been married since 2002 and has two children.

PCSO and OCSO were assisted in the investigation by members of the Police Departments in Fort Walton Beach and Crestview, as well as the US Department of Homeland Security.