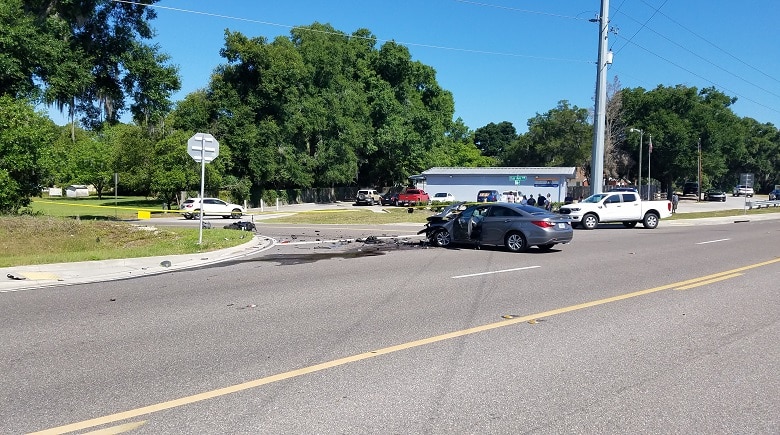 On May 29, 2019, around 9:35 a.m., PCSO Deputies and PCFR units responded to a vehicle crash involving a motorcycle and a Hyundai Sonata on Kathleen Road and Oak Ave NW in Lakeland. The motorcyclist, 22-year-old Justin Barrier of Lakeland, was pronounced deceased at the scene by emergency personnel. The two occupants of the Hyundai Sonata, 76-year-old driver Sandra McGinty and 84-year-old front seat passenger Owen McGinty, both of Lewellyn Road in Lakeland, were transported to Lakeland Regional Health Medical Center for minor injuries, where they were treated and released.

According to the preliminary investigation and interviews with witnesses, the motorcyclist was traveling on his 2010 Kawasaki at a high rate of speed southbound on Kathleen Road when the Hyundai attempted to make a left-hand turn from Kathleen Road onto Oak Ave NW. The motorcyclist struck the front passenger side quarter panel and was ejected from the motorcycle he was operating. The motorcyclist traveled approximately 78 feet in the air before striking a light pole located on the west side of the roadway.

At the time of the crash, Justin Barrier was wearing riding gear to include helmet, leather jacket and riding gloves.

Kathleen Road was closed for approximately 3 ½ hours during the investigation. 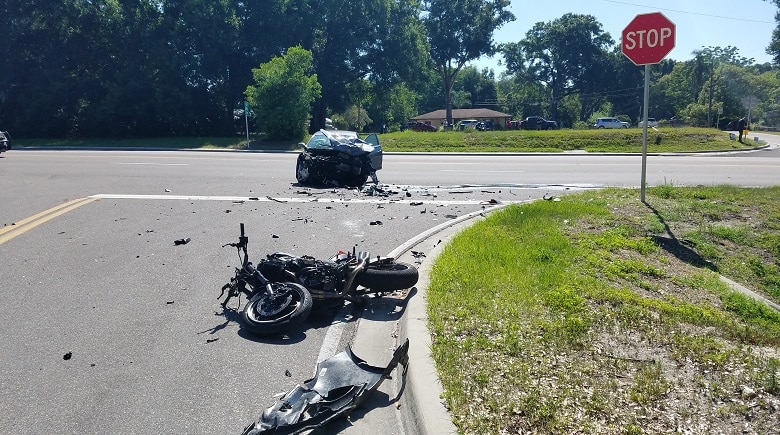