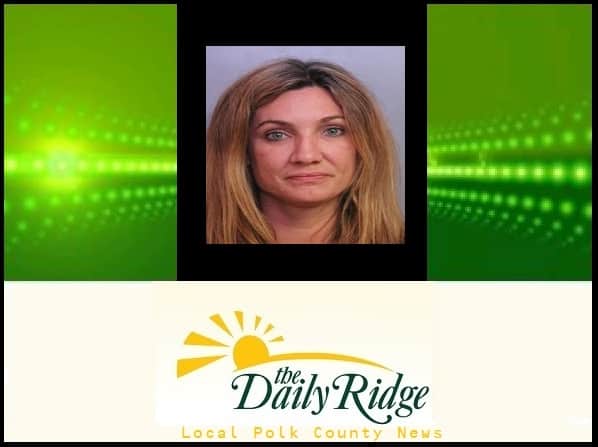 Polk County Sheriffs Office Press Release
38-year-old Megan Lazenby of Lakeland was arrested by Florida Highway Patrol for Driving Under the Influence on I-4 at around 5:30 A.M. on Saturday, May 18, 2019.

Lazenby is listed by the Florida Bar as a lawyer with Lazenby Law LLC in Lakeland.

A Plant City Police officer notified the Polk County Sheriff’s Office and the Florida Highway Patrol about a white Chevy sedan driving erratically on I-4 near County Line Road. A Polk County deputy and FHP trooper both located the vehicle a short time later, and a traffic stop was performed.

The trooper made contact with the driver, identified as Lazenby, and noted the strong odor of alcohol coming from her car.
Lazenby refused a Standardized Field Sobriety Evaluation (SFSE) and was arrested for DUI.
She was transported to the Polk County Jail.
May 20, 2019