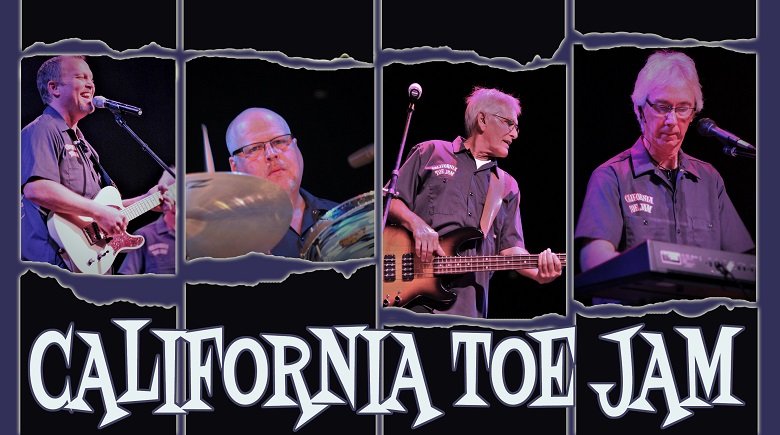 Sebring:  In what is being billed as a ‘Sunset Tour,’ the California Toe Jam Band is scheduled to play on Saturday evening, March 30 at Highlands Hammock State Park.  According to Park Services Specialist Carla Sherwin, “This is most likely the last concert that Toe Jam will play here, and we are expecting a strong turnout from their many fans throughout the greater Heartland and beyond to bid them a fond farewell.”  “They have played so many Music in the Park concerts and have such a long history with the park, that it makes one feel very wistful that this concert will be their last,” she added.  The California Toe Jam, a local band with a loyal following throughout the greater Heartland is well known for playing the best classic rock from the 1960s and 1970s.  Although members of the band have come and gone over the last 35 years, the band delights in playing their family friendly shows and the music remains the same.  “I have never seen a concert where Toe Jam failed to bring people to their feet to get up and dance to the music,” Sherwin remarked.  Visit www.californiatoejam.com/. The Music in the Park series continues into May with two more concerts.  T.C. Carr & the Bolts of Blue will play on April 13.  Carr, one of Florida’s top musical artists, is a harmonica virtuoso whose reputation is known in both the United States and Europe.  Country artist Rick Arnold, who worked with Hank Williams, Jr., will close the series on May 4 with a night of classic and contemporary country and rock from his newest CD.  Visit www.rickarnold.com.

Admission is $10.00 per adult.  Accompanied children ten years old and younger are free of charge.  Pets are not permitted, so please no dogs. Music in the Park concerts are sponsored by the Friends of Highlands Hammock, Inc. All proceeds benefit park improvements. Bring blankets, lawn chairs, and flashlights and enjoy an evening of music under the stars.  Food vendors will be onsite.  Park entry fees of $6.00 per vehicle (up to 8 people) and $4.00 per single occupant vehicle are waived after 6:00 pm on concert nights.  Highlands Hammock is located at 5931 Hammock Road in Sebring.  Call the Ranger Station at 863-386-6094 for more information.

Music in the Park Concert