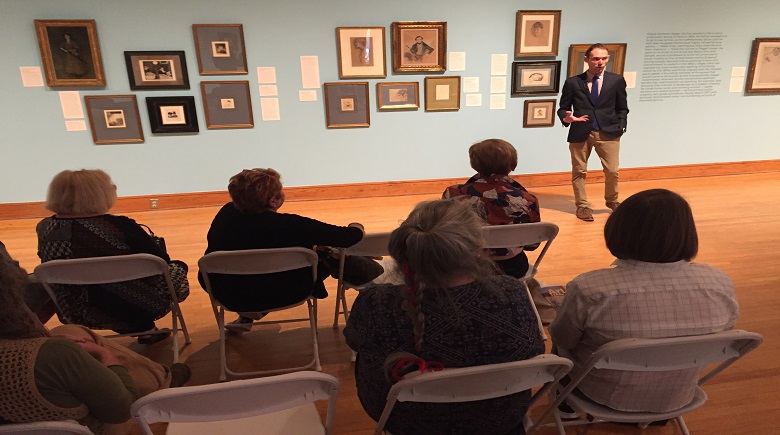 When you think of France, what immediately comes to mind? The grand looming architecture of the Eiffel Tower or Notre Dame? The elegant scenery of the street side cafes and bistros? The lush landscape of the French countryside?

These are probably some of the images that come to mind when most of us imagine France, or rather, a romanticized vision of the country, the images most dominant within the artwork of French artists.

Edgar Degas did not see France this way. As someone living within France during the late nineteenth century, he saw his home country from the same down-to-earth perspective that most of his fellow French citizens saw it living their day-to-day lives.

While most of the artists during his time would embellish the romantic imagery of their country, Degas preferred to portray it the same way he and many others living there saw it every day of their lives. As such, his vision of his France was less romantic and more routine.

Degas captured the impressions of everyday life of France through the everyday lives and perspectives of its citizens. These impressions are showcased through his art pieces on display within the current exhibit at the Polk Museum of Art. 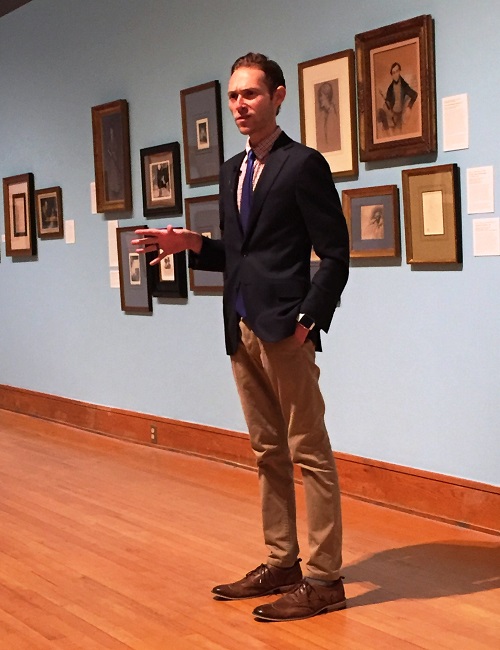 “Edgar Degas: The Private Impressionist,” showcases nearly 100 sketches, paintings, and sculptures of the famous impressionist artist, each one revealing an impression of French life.

Born in 1834, Degas was one of the three founding artists (the other two being Claude Monet and Pierre-Auguste Renoir) of the school of art known as impressionism. True to its name, impressionism focuses on depicting the visual impression of the moment.

As such, while the more romantic artists of his time focused on lush countryside landscapes and beautiful cities, Degas instead chose to focus on the everyday lives of everyday people, from horse racers to working women.

For example, most painters would create a portrait of a ballet dancer as she performed one of her elaborate dances. Degas, on the other hand, in his piece, “Danse Pres De La Pole”, portrayed his subject sitting next to a stove as she read the newspaper.

Most other artists portrayed jockeys and their horses engaged in thrilling horse races. Degas instead focused on them waiting around patiently for the race to begin in “Before The Race.” And while other artists would capture the overall beauty of the female figures within Parisian brothels, Degas chose to portray them as normal women lounging about casually in his piece “Waiting For The Client.”

While the romantic artists of his time focused on the grandeur of France during his time, Degas instead chose to focus his attention on life as it actually was. In his way, by capturing such moments of everyday life, his artwork almost served as the Instagram photos of his time, explained Alex Rich, museum curator.

“I think it is an interesting analogy to make,” he said. “I think he might be somewhat horrified by the idea about his work being like Instagram, but in a way, it is representing the immediacy of what one of us might experience if we were wandering through the streets or brothels or the cafes of Paris in the 1870s or 1880s. So in a way, it is sort of like an Instagram or social media post today.”

Rich hosted a lecture on Degas and his artwork, elaborating upon his life and the influences behind his art pieces, during a Gallery Talk at the Polk Museum of Art. The museum hosts these events on the second Friday of the month to entertain and enlighten guests about the artwork currently on display.

Earlier this year, the museum hosted a most elaborate Gallery Talk about Degras as hosted by Florida Southern College (FSU) dance instructor, Erin LaSala, who incorporated ballet performances in her lecture to help elucidate on Degas’ artwork on ballet dancers.

This month’s Gallery Talk, though not as elaborate, proved just as engaging, as nearly 50 guests attended that afternoon to learn about Degas and his artwork as well as ask questions about it. Rich appreciates it when such guests prove eager to learn about his museum’s artwork.

“I am thrilled by the turnout for the lecture,” he said. “We have had really strong audiences for all of our programs, and for this exhibition in particular. This crowd was fun and interactive and really eager to learn about Degas and the members within his circle.”

“Edgar Degas: The Private Impressionist” will remain on display until March 24. The exhibit can be viewed during normal museum hours, 10 a.m. to 5 p.m. from Tuesday to Friday, and 1 p.m. to 5 p.m. on Saturday. Admission and parking is free to the general public.

Prior to the exhibit being taken down, the museum will be hosting “La Francophonie Day Celebration”, which will commemorate the exhibit as well as provide classes and other activities relating to French culture. The event will be hosted on Sat., March 23 from noon to 4 p.m.