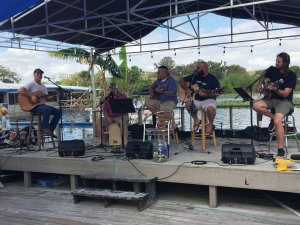 The only thing more quintessential to Florida than barbecue are alligators. So what could be more Floridian than barbecued alligator?

Rick “Porkchop” Stewart has been preparing barbecue gator for the past ten years at the annual Gator Crawl in Winter Haven, as hosted by Lakeside Adventures.

He and his friend, Tracey Howell, have been very creative since starting the annual event nearly a decade ago, preparing alligator ribs, gumbo, and even sausage.

Most people don’t like preparing gator. Others prefer to blacken or grill it. But Porkchop and Howell have barbecuing gator down to a tee. Often they spend two days preparing for the event.

The process proves difficult, but as long as you apply a good base and don’t overcook the meat, you have good barbecue that tastes exactly like—alligator!

Yes, contrary to popular belief, alligator does not, in fact, taste like chicken. It has a much unique flavor that makes the barbecue prepared from it taste unlike any other, Porkchop said.

“No, it does not taste like chicken,” he said. “It tastes like alligator. It has its own taste.”

Porkchop once again had the opportunity to serve up his famous alligator barbecue during the tenth annual Lakeside Adventures Gator Crawl in Winter Haven last Saturday. 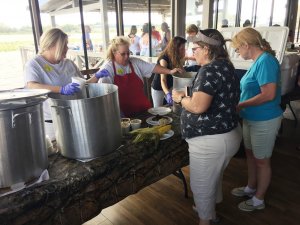 The event was hosted at both Tanner’s Lakeside and Old Man Franks along the scenic waterways of Lake Howard and Mary. Guests could enjoy a diverse selection of gator barbecue including ribs, gumbo, and sausage, as well as other items including corn on the cob and swamp cabbage.

All the while, guests could participate in raffles with gift baskets provided by local businesses, as well as listen and dance to live music and entertainment all afternoon. 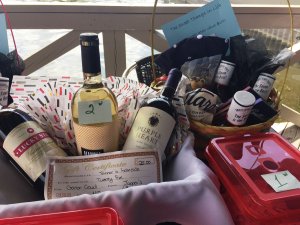 With the tagline “Commitment To Community And Conservation”, the annual lakeside barbecue event raises proceeds that go towards the conservation and beautification of the Chain of Lakes through the efforts of Keep Winter Haven Beautiful, along with proceeds going towards several other local organizations.

The biggest draw, of course, is the barbecue. While barbecue events are a dime a dozen in Polk County, very few, if any, serve barbecue made from alligator.

“The food is awesome,” said Jeffery Hunt, treasurer of Lakeside Adventures. “A lot of people do not get to experience what we have to offer. We are the only ones that make alligator barbecue.” 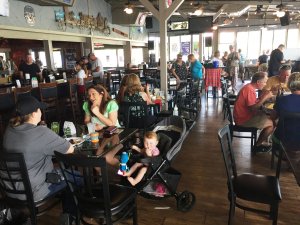 Hunt has been participating within the event for the past four years. During that time, he has seen the event grow in leaps and bounds, not only with its attendance, but also with the proceeds towards local charities.

Melanie Brown, who is also on the Lakeside Adventures committee, has been providing her own assistance for the past five years. She and her volunteers help run the event like clockwork, as is typical of her involvement with various other local events.

Brown appreciates being able to engage within the camraderie of the local community through events such as this, as it shows how other people are more than willing to give back to the community in which they live, especially if it involve keeping it clean and beautiful through conservation of the local lakes.

“I think [this year’s event] will be better than ever, one of the best ones yet,” she said. “We give to different things to help in the community so of course everyone wants to get involved because it is all about helping the community.” 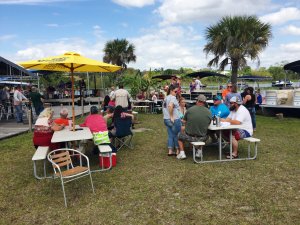 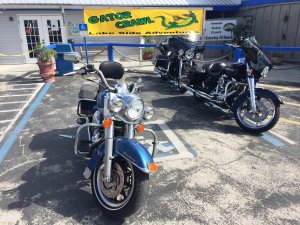