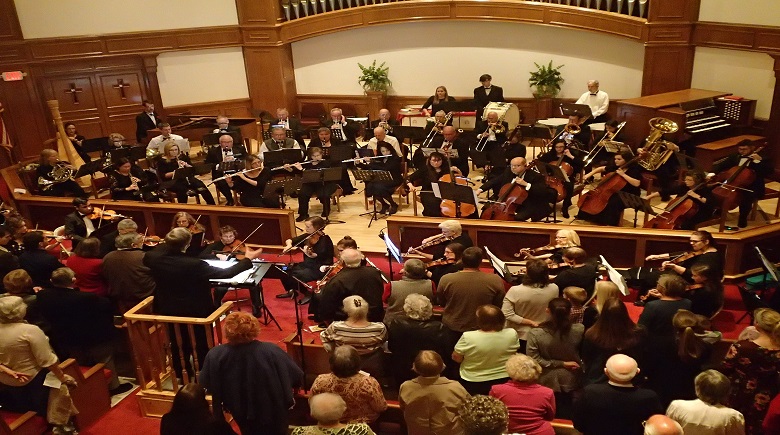 Ron Walker was a man of many talents. As a retired music educator, he taught countless students through band and orchestra. He played many instruments, mostly string bass, but also tuba and electric bass.

Aside from his musical talent, he also possessed athletic prowess. As a cyclist, he competed in various cycling events, and remained in good physical condition even into his old age.

Unfortunately, even his good health could not prevent his inevitable death, as this Lakeland resident recently passed away from a sudden illness.

Even in his absence, his passion for music continues to live on, and his legacy was honored by his fellow bandmates during a recent performance by the Florida Philharmonia Orchestra.

A former bass player for the orchestra, Walker possessed a true passion for music that he shared with many of his students during his teaching career.

Many of these students especially benefited from his musical instruction, as their economic situation would have otherwise prevented them from obtaining a quality musical education, explained Dale Lewis, music director and conductor for the orchestra.

“He taught in situations…where the folks did not have the best things economically, they had a rough time, and he reached out to those kids and tried to make a difference in [their] lives,” Lewis said. “So I think his legacy is in the students that he taught and the impact that he had on them.”

Aside from being a great music instructor, Walker was also a great musician, being able to play many instruments. For the orchestra, he often played string bass, but could fill other positions as well. No matter what instrument he was playing, his passion for playing music could be heard loud and clear from him, Lewis said.

When asked what Walker would have loved most about the recent performance, Lewis replied that he hoped Walker could hear the passion that he shared within his own music heard through the music performed that evening by his former bandmates.

“That was Ron,” Lewis said. “He loved music. He had a passion for music. So I think that would mean, I hope he could hear his fellow musicians playing and hear their own passion for the music coming through.”

The Florida Philharmonia Orchestra hosted their third free concert of the season during “Symphonic Inspirations”, their performance at College Heights United Methodist Church in Lakeland on Tuesday evening. 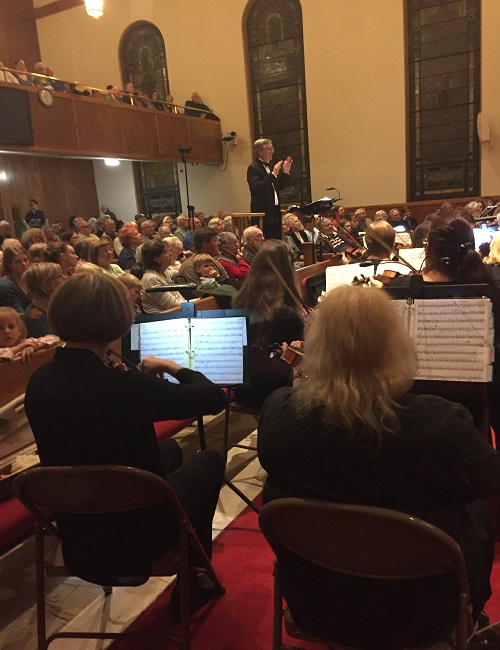 That evening’s concert, which was free to the public, included live performances of traditional selections from classic composers, including the “The Academic Festival Overture” by Johannes Brahms, “Berceuse & Finale” by Stravinsky, “The Moldau” by Smetana, “Slavonic Dances #4” by Dvorak.

The Orchestra, a volunteer orchestra based in Lakeland, hosts four performances per year for the fall, Christmas, and spring. This was the year that Lewis served as a full-time conductor, having previously served as an interim conductor last summer.

As a retired educator from Hillsborough County, Lewis loves being able to work with his fellow musicians to provide such performances to the public, especially during a time when orchestral music proves not as popular as days gone by.

Susan Miller, a violinist, was one of 12 founding musicians who helped started the orchestra nearly three years ago. Since then, the orchestra has grown in size as well as attendance through free events such as this, she said.

“We have evolved since then,” she said. “Bit by bit, row by row, the garden grew, and one by one, the word got out, the musicians were either informed by other musicians, or heard about us by our website.”

Each of the members range in expertise and proficiency, and each of them are united through their shared passion for performing music. It was this same passion that Walker shared during his brief time within the orchestra, and it was his passion that the rest of the other musicians gained through his influence, Miller said.

“I think we have gained a lot,” she said. “His presence in being here, he was a wonderful addition…I don’t see this orchestra as losing. We have only gained. We have gained from his presence what he has given us.” 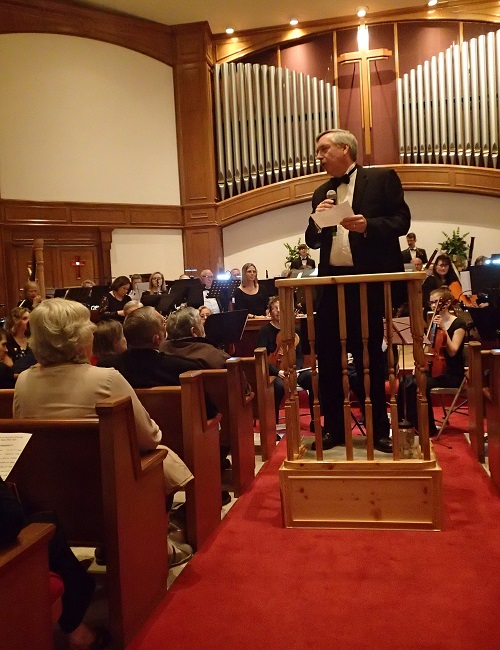 For many of the musicians within the orchestra, their musical passions are as strong as the love for each other. This is especially true for Edward Thomas and his girlfriend, Carmen Cordero.

He play trumpet. She plays flute. Together, they have been with the orchestra for three seasons. Their passion for their music proves to be as strong as their passion for each other, Thomas said.

“We love the ability to give back with music,” Thomas said. “That is the very best. Not only that but the people. The people are the best. I love the camraderie of the people. I enjoy it. I love coming here. Everyone is so friendly and nice, and very open and welcoming.”

For more information about the orchestra and their upcoming concerts, visit their website at: https://www.facebook.com/floridaphilharmonia/ 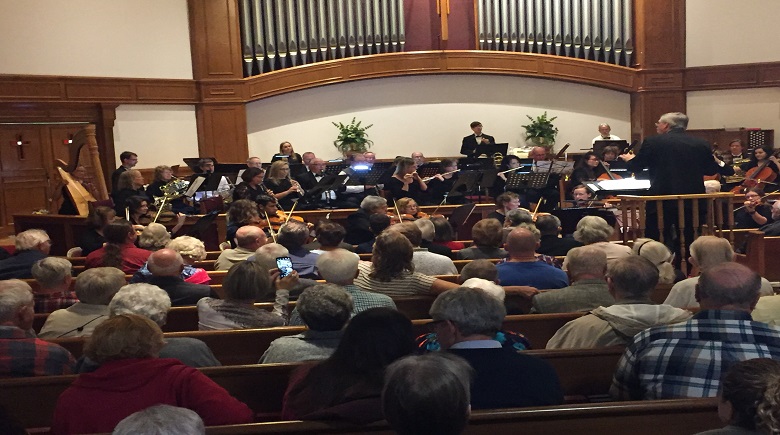