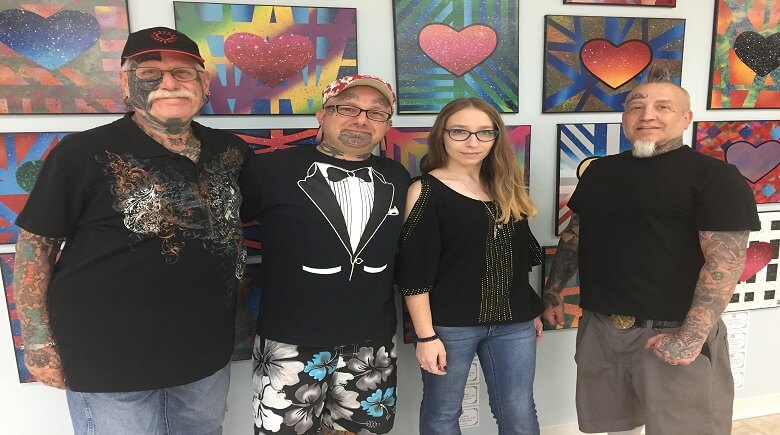 Ever since he could pick up a crayon, Parker -Wingnut- Beaudoin has been creating art. He continues to express himself through his art to this day, though he has long since switched out his crayons for a tattoo machine.

Over the past 20 years, this Kissimmee native has been continuing his artistic endeavors, be it through a paint and brush on canvas, or with ink and a tattoo pen on skin. Tattoos are by far his favorite art form, as evidenced by every inch of his skin beings covered with them.

-Wingnut- has since set up shop in Winter Haven, where he plans to “Spread Love With Art” through his new business of the same name. Located at 1126 1st Street South, his new store will be offering custom tattoos, original artwork, signed prints, and much more. 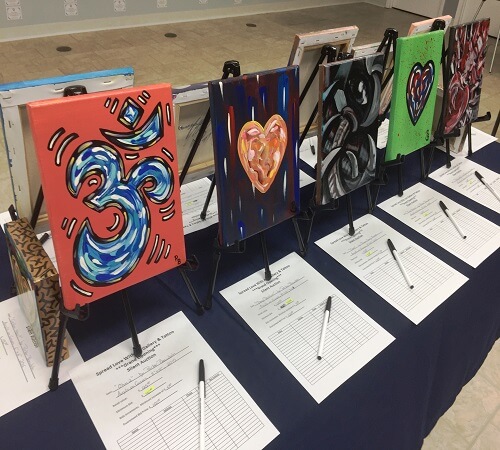 Spread Love With Art recently celebrated its grand opening on Sunday, which allowed guests the opportunity to bid on several of his original art pieces through a silent auction and raffle drawing. 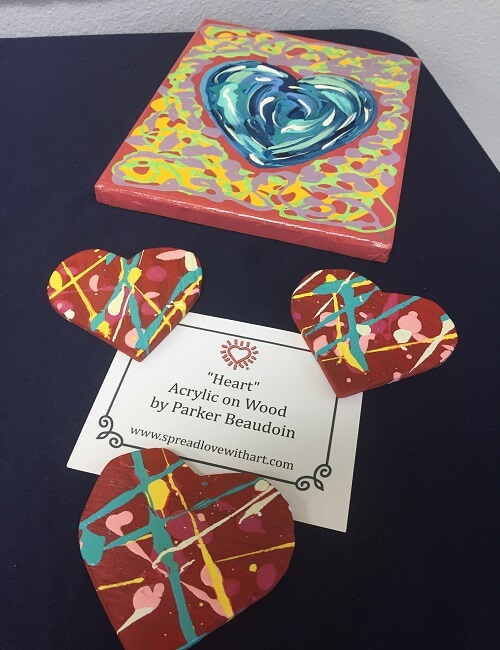 Beaudoin brings with him more than 20 years of tattooing experience and at least five years of proffesional experience, through which he has developed his own brand through the help of his fiancée and his father.

More than simply unique tattoos and artwork, he is selling a philosophy, true to his store’s name, of spreading love with art. During a time when the world seems more divided than ever, being able to heal the rift through a shared love of art seems more important now than ever, he said.

“Spread Love With Art was created as a way to help spread love and happiness around the world with art,” his website states. “With this new company…the purpose is to take the negative in this world of which we see and are around every day and change it to become positive.”

Born in 1985, -Wingnut- has been involved with art ever since he could pick up and use a crayon. Several years later, his endeavors would change to tattooing with his very first tattoo: a skull and cross on his forearm.

Since then, every inch of his skin, from head to toe, has been covered with tattoos, but his very first one proves to be his favorite, since it is the one that sparked his interest, which has since turned into a business.

His father, Jekyll Beaudoin, a retired master piercer, recalls the time his son came up to him asking for a tattoo. He agreed to pay for the tattoo under the condition that he receive one as well. That was the first time either of them received a tattoo, and their love for tattooing has grown ever since.

“Mainly, I have him do my tattoo work on me, because I have gone to other artists, and he is the one I am most comfortable with,” Jekyll said.

-Wingnut- himself has been tattooing for the past 20 years. During that time, he has been featured in 70 publications, received 30 awards, and has even broken a world record for creating the smallest tattoo. He has even published a book on the subject: “The Ever Lasting Itty Bitty.”

Of everything that he has accomplished during that time, his most proud accomplishment has been being able to share his artwork with others by putting it on them. What better way is there for others to share his art, he said.

“I give it my all with every tattoo that I do,” he said. “I do what the customer wants, and I go above and beyond to give them the best quality tattoo.”

He has worked alongside his fiancée and father at their shops in Fort Lauderdale and Palm Beach for the past year and a half. Having since relocated to Central Florida, he decided to open up shop in Winter Haven.

Rather than simply run a simple tattoo parlor where clients come in and out, -Wingnut- makes his services much more personable, ensuring that his customers are treated like family and friends rather than simply another dollar sign.

“They can expect an excellent experience, and something to tell their friends and family and anyone else they come in contact with,” he said.

Previous customers have praised him for not only his artistic abilities, but also for his personable service, making him someone that they can go to for all of their tattooing needs.

“[He’s an] amazing human being, phenomenally talented artist, and bad ass tattoo artist,” one Facebook reviewer said. “Personally have his talents permanently on my skin and couldn’t be happier. Only problem is I now live in Philly and can’t see him.”

-Wingnut- hopes to continue offering such high-quality services through his new shop, and by doing so, he hopes to make the world a slightly better place to live in.

“We hope to be a landmark and a household name, where everybody knows it, whether it is for the tattooing or the artwork, and to be able to add something positive to the community,” he said. “What I do, it is all to spread love through art, both as an art form as well as the tattoos and paintings so that collect the artwork and have it collected in their art as well.” 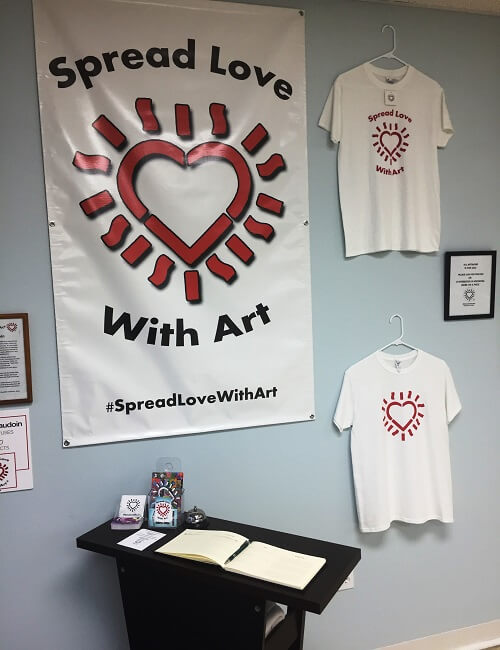 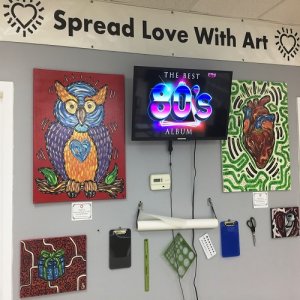 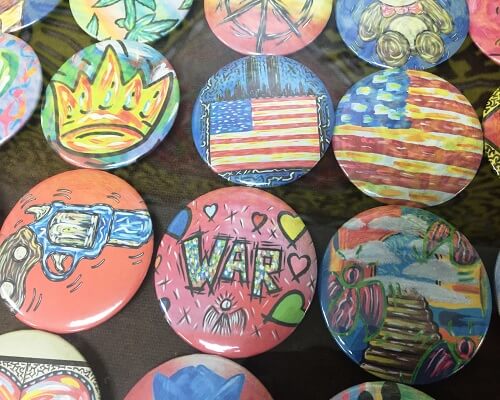 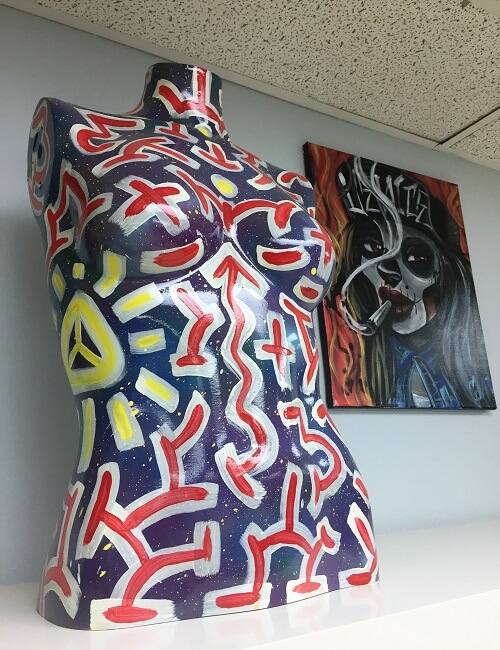