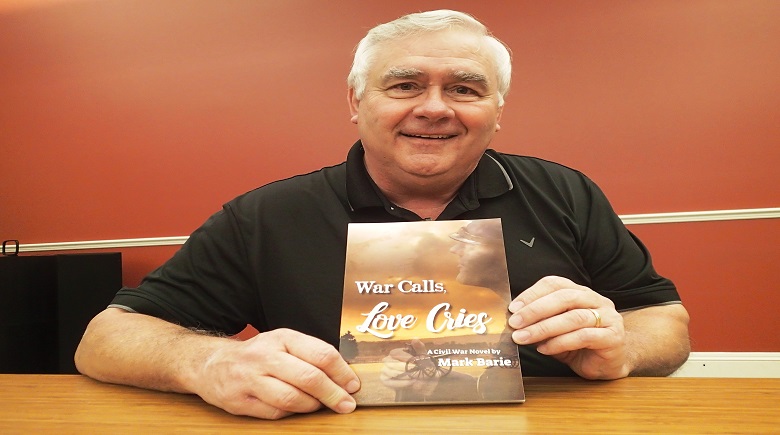 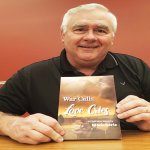 “War Calls, Love Cries” is your typical love story. Young man grows up in small town upstate New York. Dreams of marrying his hometown sweetheart. She harbors a dark family secret from him. His brother betrays him. And they all get swept up in the tumultuous storm that is the American Civil War. (So, you know, your typical love story!)

This historical novel by local author Mark Barie masterfully blends fact with fiction, as it tells a compelling fictional narrative about love, war, and everything in-between while blending in ultra-realistic historic details from the Civil War.

“The tension of the book is whether or not true love will win over—or rather, overpower—the sins of man and the ravages of war,” Barie said. “It is a page turner. You can’t stop reading it.”

Originally from upstate New York, Barie moved to Florida following his retirement after serving as a businessman for 35 years. A true history buff, he loves to read and learn about the Civil War, especially about his personal hero, Abraham Lincoln.

His historical interest in the Civil War peaked when he learned that his great, great grandfather had served within the war. Upon learning that most interesting tidbit of his family’s history, he was inspired to write his own novel.

While not a fan of fiction, Barie loves non-fiction, especially history books about the Civil War. He poured countless hours into the research for his book, ensuring that not one single detail that wasn’t from his own imagination was historically inaccurate.

As a Lincoln fan, Honest Abe himself makes many cameo appearances within the novel. His books also references many obscure historical events, including The Libby Prison Escape at Richmond, Virginia in February 1864, one of the first big prison breaks within American history.

“I would defy anyone to read anything that is verifiable in the book and describe it as anything less than accurate,” he said.

Barie and his wife, Catherine, had previously worked on two history books, along with two biographies about important individuals from upstate New York. His previous work in writing about history allowed him to more easily write about historical fiction. For every one hour of writing, Barie made sure to do ten hours of research prior, he said.

“I come from the world of non-fiction and footnotes, and so when I slipped into writing my first novel, I did not lower my standards,” he said. “There are not footnotes in the book, but I can assure anything historical is accurate.”

While many authors consider marketing their books the hardest part about their career, Barie, being a former business man, revels in it. Currently, he has been hosting a book tour with speaking engagements across the state.

His most recent stop was at the Haines City Library on Tuesday evening. Though his apperance only drew in less than a handful of people, he enjoyed what little participation he received. His previous experience at Okeechobee drew in roughly more than 50 people, he said.

Linda Kuchta, a member of the Friends of the Library for Haines City, was one of the guests at the Haines City event. She loved being able to learn about the Civil War, and even had the opportunity to learn about her own ancestor, as Barie’s wife, a genealogist, agreed to do some research into whether her great, great grandfather served within the war.

“It more than met my expectations,” she said. “It was very interesting. I tend to read non-fiction books, so I am interested in history and all that kind of stuff.”

“War Calls, Love Cries” is the first installment within a trilogy. Barie plans on writing two more books, one on the French and Indian War, and another on the War of 1812. The latter war he is most excited to write about, since his former hometown was near the battle.

“Where we come from, in upstate New York, we had a front row seat to the War of 1812, so we are looking forward to writing that too,” he said.

During his apperance at the Haines City Public Library, Barie shared seven interesting facts that he had learned about the Civil War. Here are those seven facts:

2) The Civil War was the deadliest war in American history. More than 620,000 soilders lost their lives during the war. That’s more than the total casualties of WWI, WWII, the Korean War, and the Vietnam War combined. That number also accounts for at least two percent of the American population at that time. In comparison, two percent of our current population would be roughly six million people.

3) After his assassination, Lincoln was taken over to a boarding house across the street called the Petersen House. A few days before, another man had slept within the same bed in which Lincoln died. That man was none other than his assassin, John Wilkes Booth.

4) More than six million horses served within the war. More than a million were killed. The most famous of these war horses were those of the two generals: Robert E. Lee’s horse, Traveler, and Ulysses S. Grant’s horse, Cincinnati. The latter was a horse so beautiful that Grant was offered $10,000 in gold for its purchase. Grant refused, as he had promised the former owner that he would take good care of it. As such, no person other than Grant rode it—that is except for President Lincoln himself.

5) Wilmer McLean was a farmer from Northern Virginia who experienced the start and end of the war from his own home. His original home was near the location for the Battle of Bull Run in 1861. Later, he moved to Appomattox, thinking he would be safe from the war. Instead, within the parlor of his own home was where the two generals signed the peace treaty ending the war. The war literally started in his backyard and ended in his living room.

6) What do Grover Clevland, John D. Rockefeller, and Abraham Lincoln have in common? All three men paid other people to serve in the war on their behalf. During that time, if you were wealthy enough, you could avoid the draft by paying someone to take your place as a substitute. Lincoln himself did not need to do this, but he did so anyway to show his support for the war.

7) The Civil War involved the very first successful submarine attack in U.S. history. The submarine, H. L. Hunley, was the very first combat submarine to sink a warship, the U.S.S. Housatonic, off the coast of Charleston on Feb. 17, 1864. Unfortunately, the submarine itself did not survive the attack and sunk to the bottom of the ocean. It was later recovered more than 150 years later in 2000. The remains of all eight crewmen were shown to have been remaining within their battle stations, which revealed that they had perished immediately following the attack. 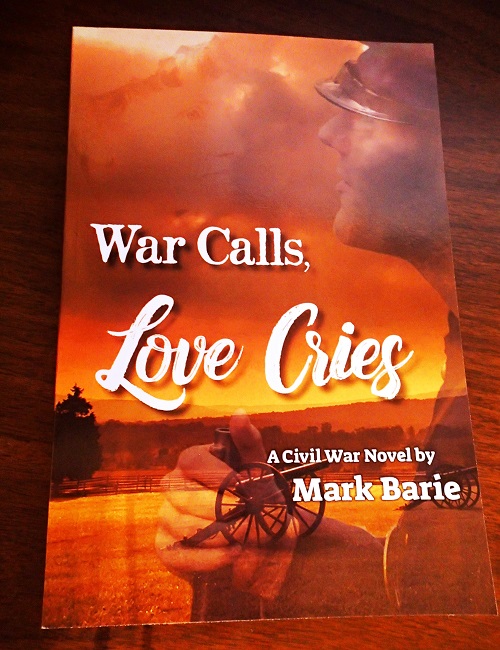