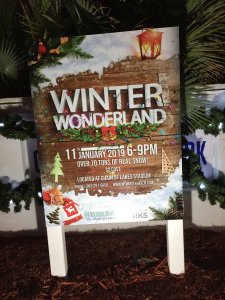 The children of Winter Haven may not have been able to enjoy a White Christmas, but at least they had a chance to frolic and play the Eskimo way in a Winter Wonderland.

Whether they were sliding down ice slides in rubber inner tubes, or frolicking within the white stuff within an indoor play area, local children and their guardians had the rare opportunity to play within 70 tons of real snow during the Winter Wonderland event on Friday evening. 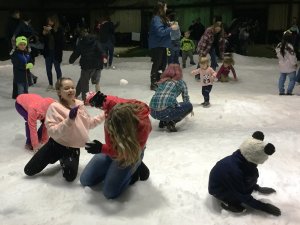 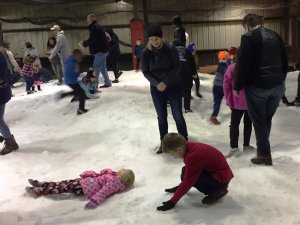 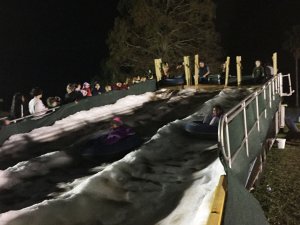 The annual winter-themed event is normally hosted in December to celebrate the Christmas season. However, inclement weather forced the event to be canceled and postponed until January.

Aside from the newly scheduled date, the event was hosted as usual with the same snowy fun, along with other activities such as bounce houses, food trucks, virtual reality, and cookie decorating. 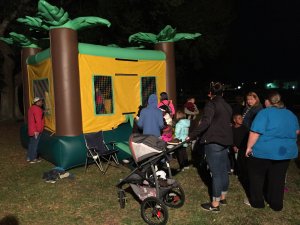 The only change to the event was with the meet and greet with Santa Claus. As the event was rescheduled for January, this year’s event instead received a visit from Princess Anna and Elsa from Disney’s “Frozen” and the upcoming sequel “Frozen 2.” 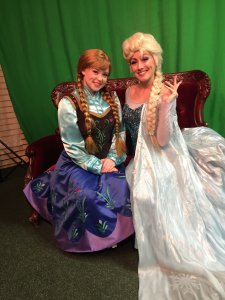 Otherwise, the event went on as normal, and still managed to receive a significant turnout of hundreds of local families from within and outside of the local Winter Haven community for an evening of winter-time fun, said Brittany Overstreet, Event Coordinator for the City of Winter Haven.

“It is a really great turnout,” she said. “We are impressed for it being so late and having to be postponed twice. We are excited for the people in the community to come out and enjoy it.”

The biggest challenge every year, obviously, is with the snow. More than 70 tons are transported from a local company. The snow is delivered early in the morning at 9 a.m., and the rest of the day is spent preparing it until 3 p.m. for the event that evening, Overstreet explained. 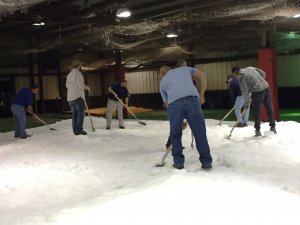 When all is said and done, being able to watch local Florida children be able to revel within a wintertime tradition more often experienced by children up north makes all the hard work and effort by the City of Winter Haven worth it, she said.

“Really it is a collaborative effort between our sponsors and our city staff to get this ready,” she said. “I enjoy seeing people’s reactions to all the work and effort that goes in, that the whole family can come out and enjoy an event such as this.”

Serving the many families and visitors that evening were half a dozen food trucks, offering everything from snow cones and ice cream to barbecue pulled pork and hot dogs. Participating in this evening’s events were Kona Ice, Sweet Spot, Smokin Ox, Talullah’s, and Pelican’s Snowballs.

Clayton Taylor, owner of the Smokin Ox, has been participating at such local events throughout the city, from Grove Roots to State Farm. All of his food, from the deep-fried wings to the sides, made from scratch from fresh ingredients.

With this being their first time at the winter event, they appreciated being able to participate and accentuate the experience of the attendees with great tasting barbecue.

“We have been very busy,” he said. “Seeing people enjoy good food…We want to bring the people some good barbecue.”

Also assisting with the festivities that evening was Ashely Adams, a representative from Kelly Williams. She and her team provided sugar cookies for decorating with holiday-colored icing and sprinkles.

She and her team have participated many times within city events such as this, and they were even invited by the city themselves to help oversee this event, she said.

When asked what keeps her coming back time and again, she replied it was the opportunity to “get involved with the community” and “just watching the kids have fun.” 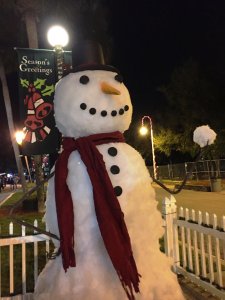 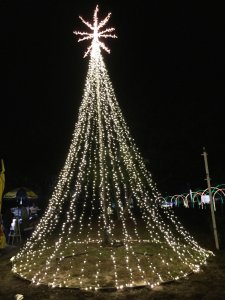