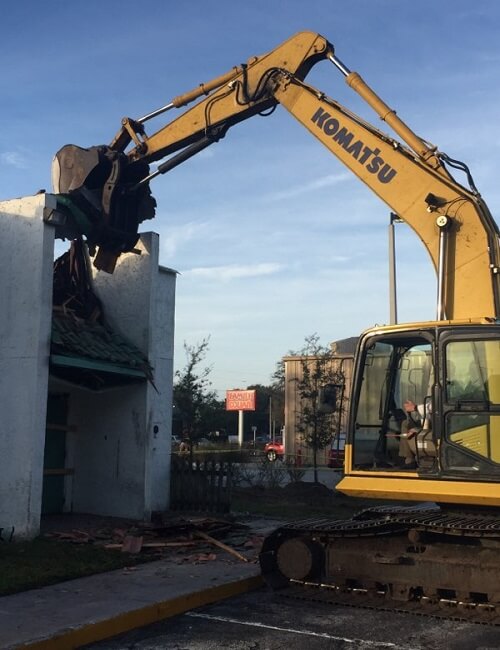 For nearly four decades, the Clock Family Resturant has served the residents of Auburndale with good old-fashioned home cooking, even during the late hours of the night and wee hours of the morning.

Now the building that once served the appetites of city residents has been demolished to make way for a new clinic that will serve the eyes of local residents.

On Thursday morning of January 3, 2019, the demolition of the building began promptly at 8 a.m. and took nearly a day and a half before the entire building had been completley demolished. 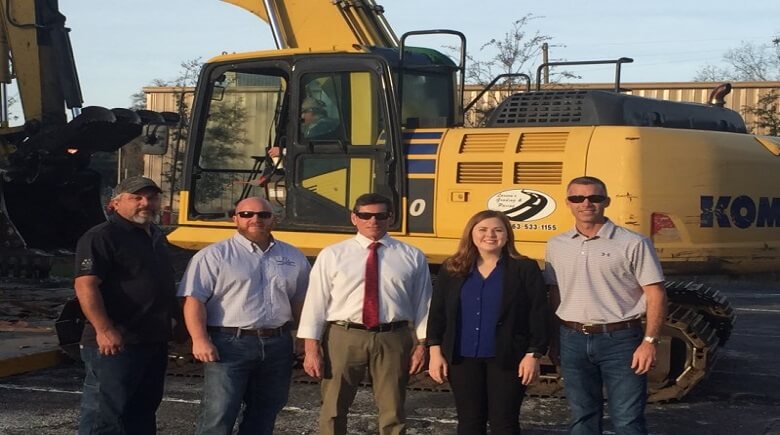 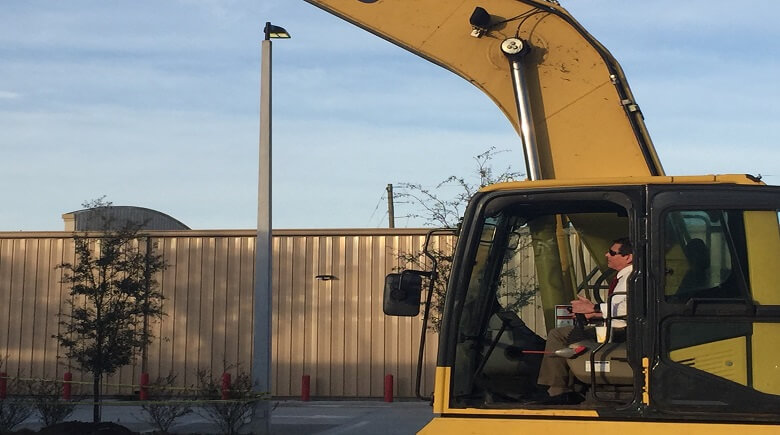 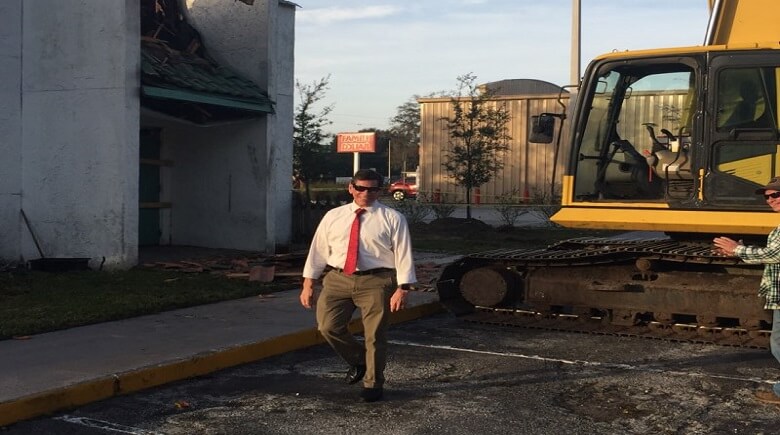 Eye Specialists of MidFlorida had initially planned to renovate the building for their new clinic location, but the construction company, upon inspecting the building, recommended demolishing the building and starting from scratch, Bryant said.

The original building had served as the location for the Clock Family Restaurant since opening its doors in 1977. Aside from McDonalds, the eatery was one of the few local resturants that offered 24-hour service. 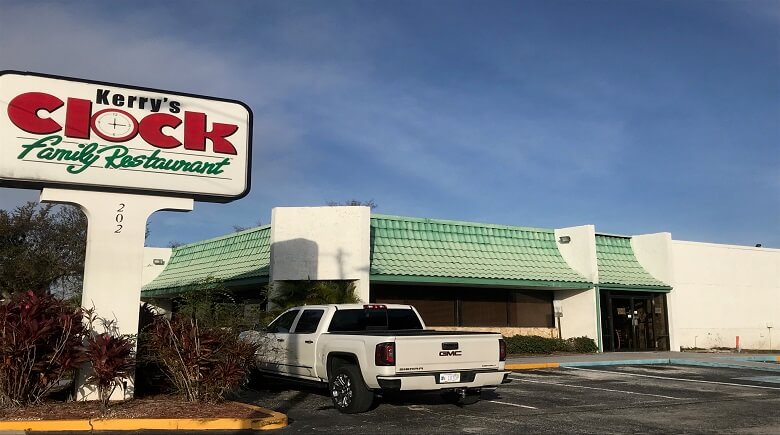 For 40 years, the resturant continued operations, with the business later being purchased by former owner Kerry Rasmi and renamed “Kerry’s Clock Family Restaurant.” The resturant closed its doors in 2017, with the decision being the closure most likely being due to the owner’s personal health issues, according to a report by The Ledger.

The location had since been purchased by Eye Specialists of Mid-Florida with the intent of turning it into its eighth clinic, which will offer a diverse array of ophthalmological and optometrist services including standard eye exams.

Having opened its original clinic in Winter Haven in the early 1960s, the practice operates several clinics throughout the county, offering a well-rounded approach to eye care, as their website describes:

The practice operates other locations in Clermont, Lake Wales, Sebring 2 locations in Lakeland, Winter Haven, and Haines City. With other patients residing within Auburndale, the new location will help better serve their patients there without forcing them to travel far, Bryant said.

Once the property has been completley cleared and the proper permits have been acquired, construction on the new building will commence and is expected to reach completion around June.

Though many local residents may be disheartened to see an old community staple fade away into their memories, Eye Specialists of Mid-Florida assures that they will utilize the new location to better serve the eye healthcare needs of the community.

“We know the Clock Resturant has been an institution there in Auburndale for a long time, and we had several inquiries about what was going on there, so we thought it would be best to reach out to the public and let them know [what they could expect],” Bryant said.

For more information about Eye Specialists of Mid-Florida, visit their website at: https://www.eyesfl.com/