The children of Lakeland don’t usually have a chance to celebrate a White Christmas down here in sunny Florida; but last Saturday, they had such a chance to do exactly that in Downtown Lakeland during the 38th Annual Lakeland Snowfest. 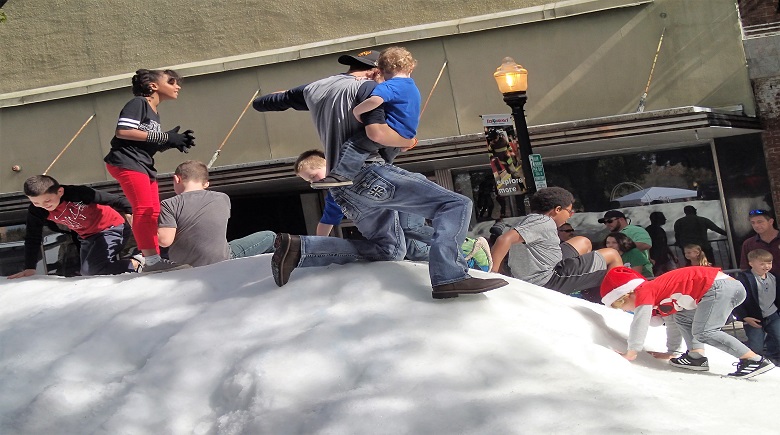 Whether young or old, children and their guardians had the opportunity to frolic and play the Eskimo way with a giant snow mountain at Munn Park. 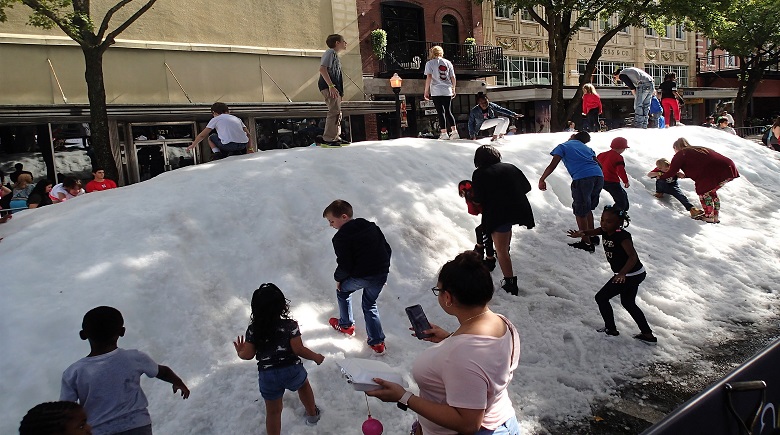 Usually, the annual event has two snow mountains, one small and one big; but this year’s event had one giant mountain of the white stuff, explained Mike Marotz, Recreational Supervisor Senior for Lakeland. Other activities they could engage in at the park included inflatables, bounce houses, face painting, live musical performances, arts and crafts vendors, and even a spinning ride attraction. 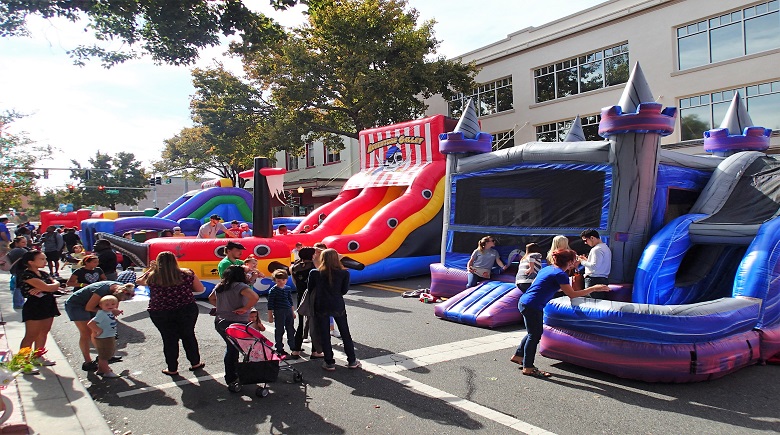 Getting the word out about the event through marketing and advertising proves to be most challenging, but such a challenge proves rewarding when everyone who helps put on the event gets to see the smiling happy faces of children playing in the snow, Martoz said.

“We enjoy the smiles on the kids places,” he said. “We have been [having a] very good crowd with nice weather. And kids are having fun, that is the most important thing.”

The main stage at the north end of the park featured various performances throughout the day with live music, dance, and even martial arts demonstrations. 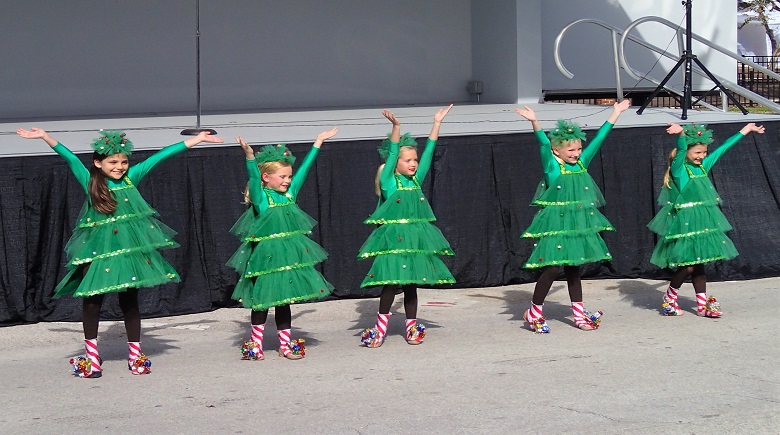 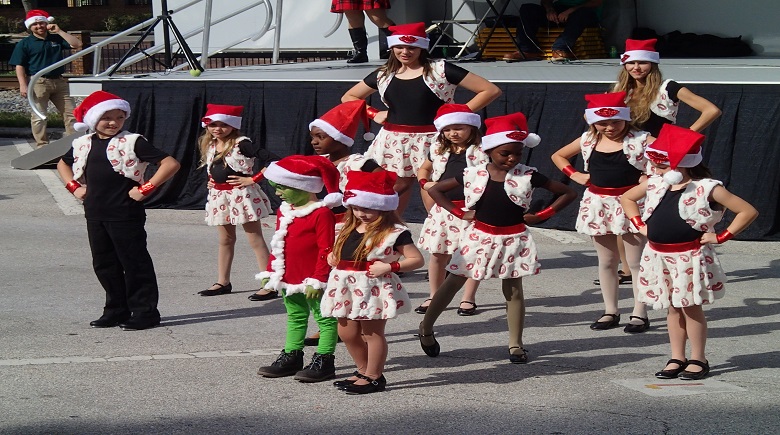 The Winter Haven Cloggers provided one such form of entertainment with their elementary and middle school-aged dancers performing various dances to Christmas music, including one such performance of, “You’re A Mean One, Mr. Grinch” with one dancer dressed as the green and mean one himself.

Director Mandy Rimes has her young performers practice their routines twice a week for an hour and a half each to prepare for their performances at various local events. Aside from this event, they have also danced at the Dundee and Lake Eloise Christmas Tree Lighting Ceremonies.

“Everything that Parks and Rec puts on, we pretty much dance there,” she said. “We appreciate the kids giving back to the community, and know that it is important to give back and not just take, take, take.”

In the middle of the park were set up several dozen arts and crafts vendors, with local merchants selling their own unique homemade crafts. 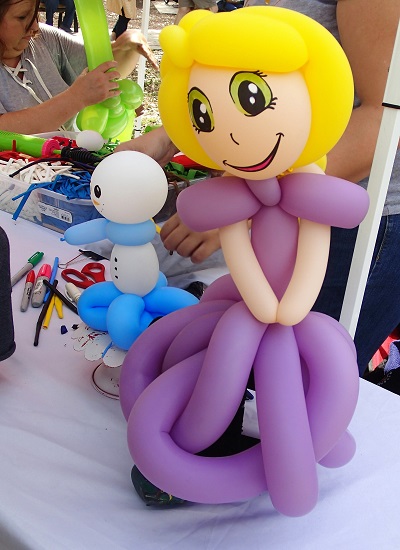 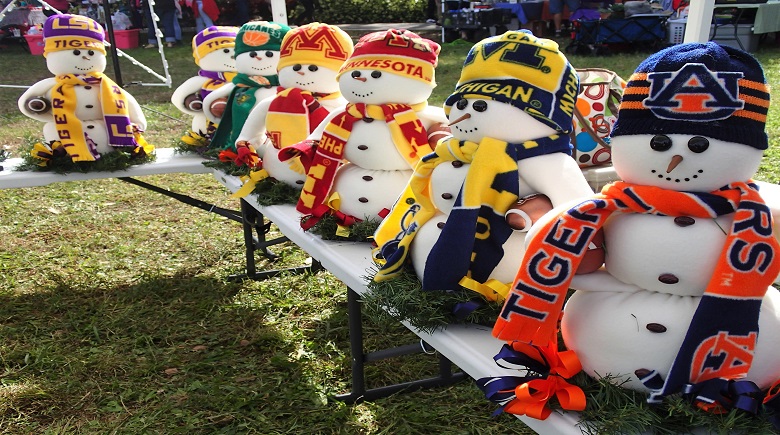 Barb Davis, Owner of Barb Bokays, attended for the first time that year to sell her homemade snowmen dolls, all of whom are dressed with the colors and logos of sports teams.

While she is not a sports fan herself, she loves to make snowmen such as this for sports fans, and has been doing so for the past 20 years. Three weeks ago, she made her 10,000th snowman.

Having recently moved to Lakeland, she decided to attend this year’s event as a way to acquaint herself with the local community and to introduce them to her artwork.

“It has been a wonderful festival,” she said. “I enjoy visiting with the people with come to this booth and watching them enjoy the snowmen.”