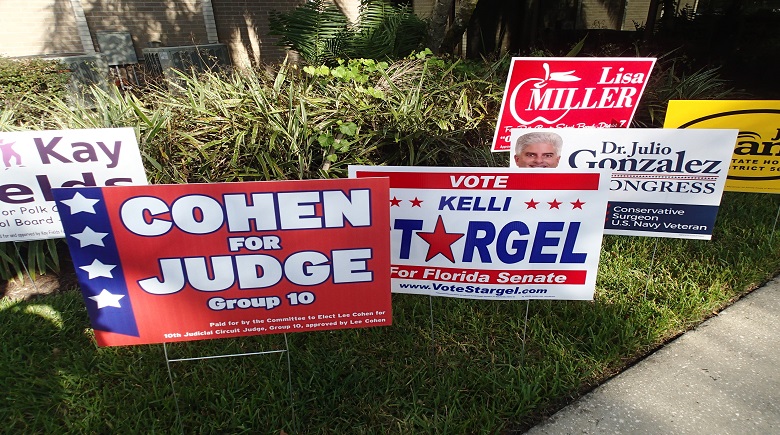 What would it take for you to get involved with local politics? Would you do it for free hot dogs and popcorn?

Bartow residents came out Thursday evening for that reason and many more as they met and talked with local candidates during the biennial Polk Politics Candidates Rally. 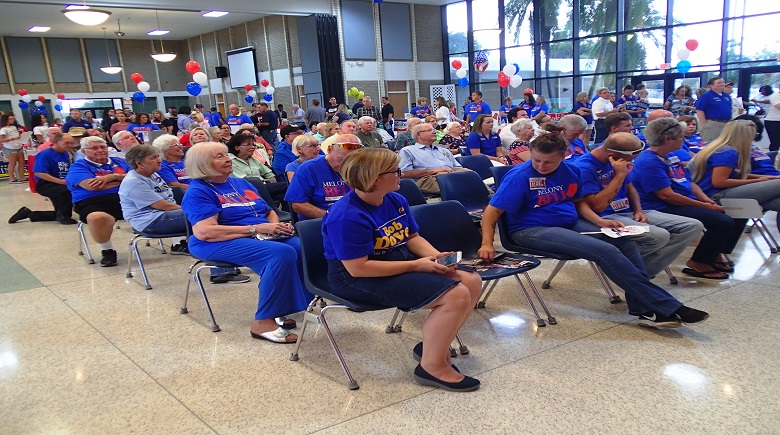 More than 300 local residents attended the rally at the Bartow Civic Center, where they had a chance to meet up to 34 political candidates running for local, county, and even state offices.

The political candidates had booths set up with flyers and pamphlets explaining their political positions, and they even had a chance to get up on stage and offer a brief explanation of their political platforms.

After attendees had the chance to meet their local candidates and representatives, they were able to cast their votes for which ones they liked best during the event’s straw ballot poll.

Afterward, they could enjoy a free meal with hot dogs, sweet tea, and popcorn—if they hadn’t already eaten their fill of free candy offered by many of the candidates, of course!

For the past 15 years, the Greater Bartow Area Chamber of Commerce has been hosting this event every two years to give local residents the opportunity to get involved with local politics and learn more about their candidates. 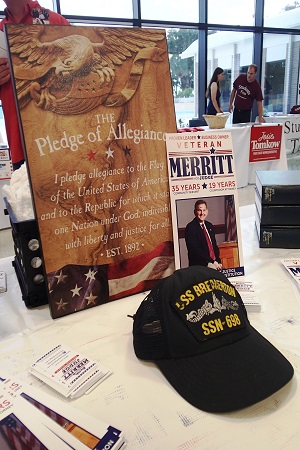 Every other year, they host a political forum to give local and city candidates running for local office an opportunity to share their political platform and debate with their opponents. 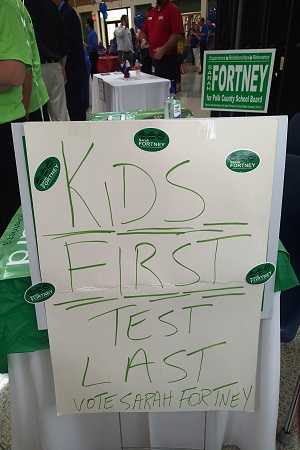 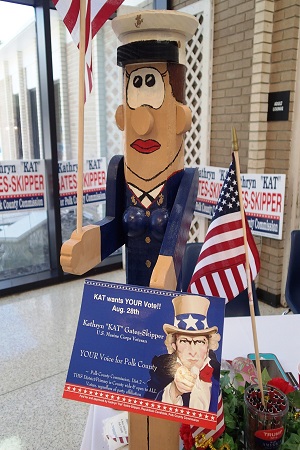 “The big draw is that it is open to everyone who wants to come,” Condello said. ” When the votes are all counted, he will blow them all away, because this is Putnam country. We have a lot of good candidates, and it is nice to see them and shake their hands and talk to them personally.”

Aside from the Chamber of Commerce, also sponsoring the event were local businesses such as Centerstate Bank and Kelly Bruick Auto Dealers. 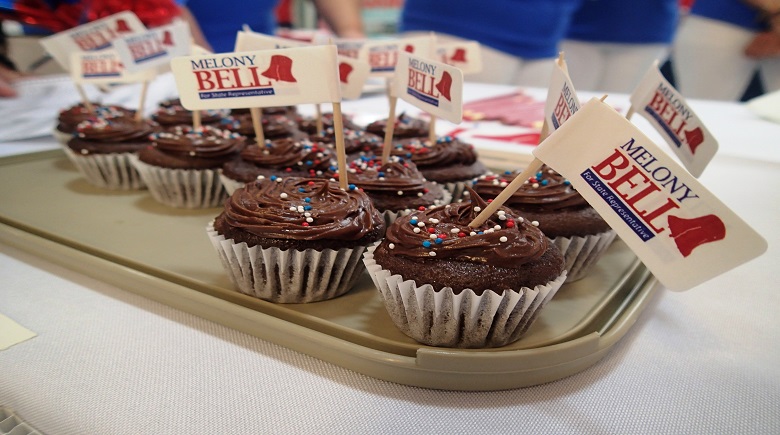 Anita Stasiaa, Center State Branch Manager, has been on the Chamber’s board for many years, and her bank has been gladly sponsoring the event for many more.

Not only does sponsoring the event and attending it allow her business to receive more publicity, but it helps the local community to become better educated about local politics. 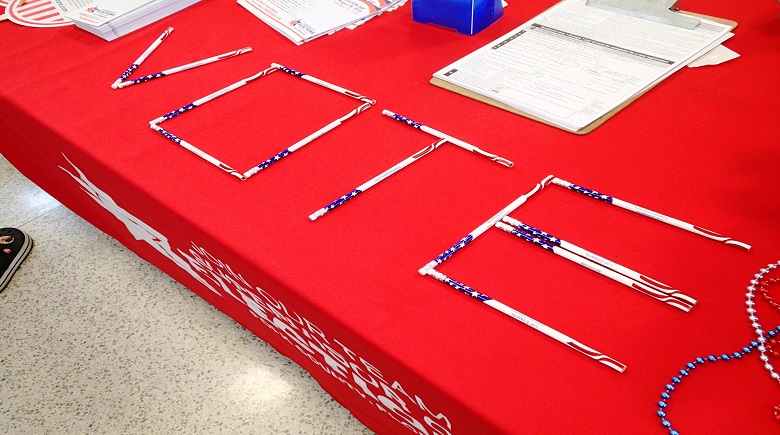 “It gives all the candidates a chance to tell them what they are about,” she said. “Too often, we vote by name and we don’t understand who they are, or what they are all about, and this gives them a chance to hear them and find out what they really stand for.” 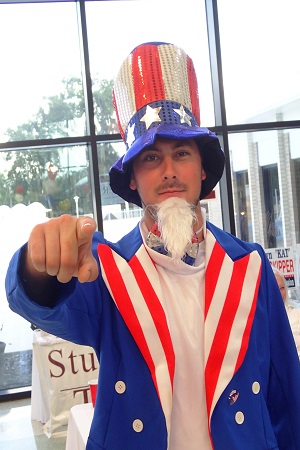 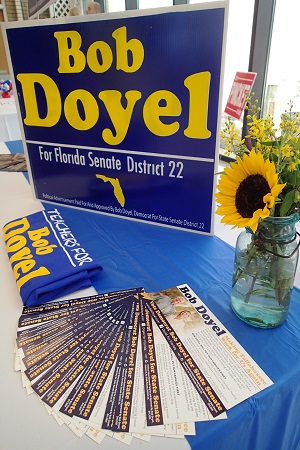 Max Buton, a representative from Kelly Bruick, mentioned that this event allows local residents to become more publically-minded about the people and policies that affect their everyday lives.

“If you take them one on one and talk to the various candidates, take the time, you learn more than what you usually could,” he said. “There are a lot of intelligent people running for office here.” 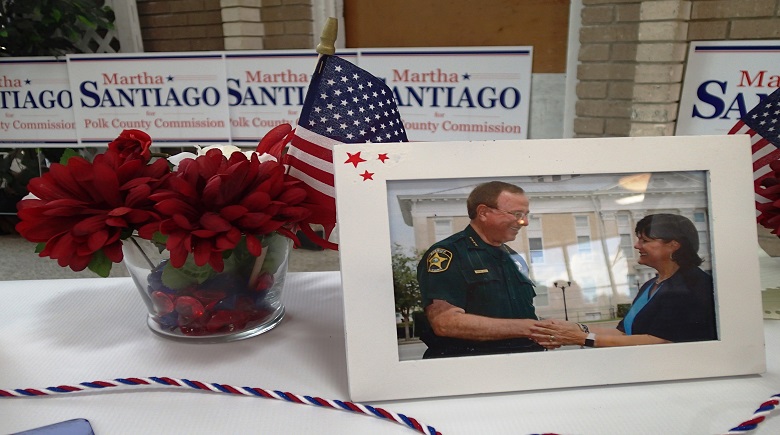 Also supporting the Republican candidates that evening was the Lakeland Republican Women’s Club. Colleen Murphy, has attended event such as this throughout the county, and while this event was not as highly attended as the Lakeland Hob Nob earlier that week, it was just as active.