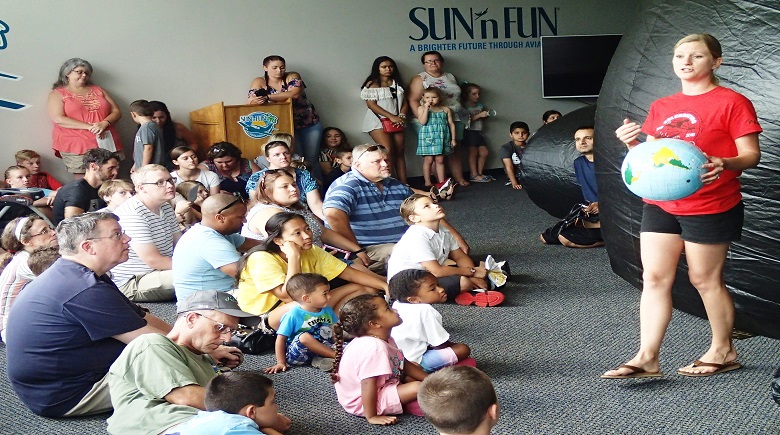 Children are advised by their parents not to stare at the sun, but last Saturday, they had a chance to do exactly that safely. 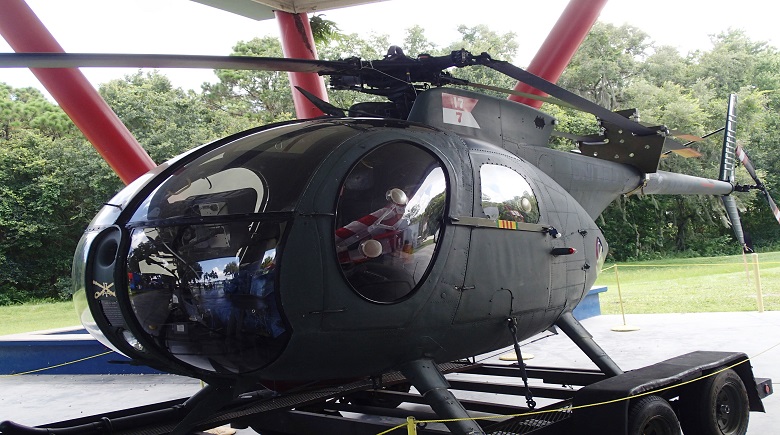 The Imperial Polk Astronomical Society allowed children the opportunity to look at the sun through a special telescope during Fly Into Summer at The Florida Air Museum on Saturday.

Their solar telescope is equipped with a hydrogen alpha filter, which allows viewers to safely peer at the sun without having their eyes damaged by ultraviolet radiation.

Through the telescope, children had the rare opportunity to carefully inspect the sun’s surface and edge for sun spots and solar flares. 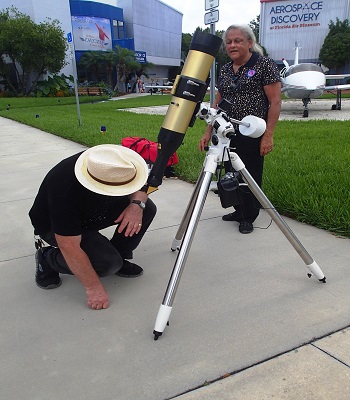 By offering children such a glimpse of the sun, as well as other celestial objects, Carter hopes to inspire them to take an interest within astronomy, if not to consider the world outside of their planet.

“The most enjoyable thing for me is the kids seeing the sun through a telescope,” he said. “I would like the kids to learn that there is a definite correlation between the earth and space, whether it is the sun, the moon, the planets, or even the Milky Way.”

The solar telescope was one of many fun and educational activities offered that day during Fourth Annual Fly Into Summer at the Florida Air Museum in Lakeland.

The event allowed children and their parents free admission to the museum and its many exhibits, including the planetarium. 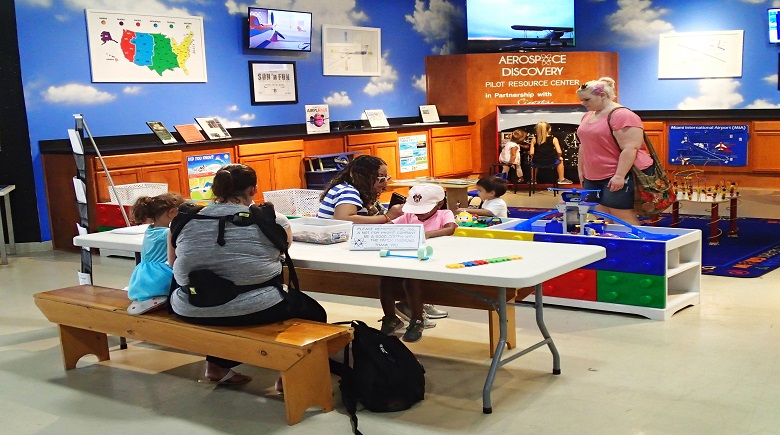 Aside from visiting the museum and looking at the sun, children could also climb into a model airplane, create their own sun catcher, create and fly their own paper airplanes, and bounce around in bounce houses. 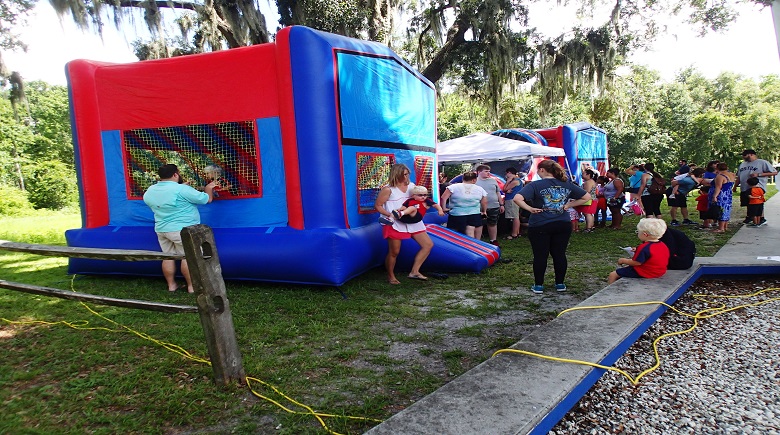 Both Dairy Queen and Chik-Fil-A were on site to offer lunch and dessert, with the event offering coupons for free ice cream to the first 125 attendees who arrived at the event.

Within the very first hour, Dairy Queen had received the 125 free coupons, and served more than 200 customers in total, explained Linda Brown, the owner of Dairy Queen in Lakeland.

Both she and her co-owner have attended various events such as this at the museum, and they both love the overall lively atmosphere with children having fun and enjoying themselves.

“It has been a great day thus far,” she said. “Just being outside and seeing the excitement on all the children’s faces, seeing them run around and enjoy the open space.” 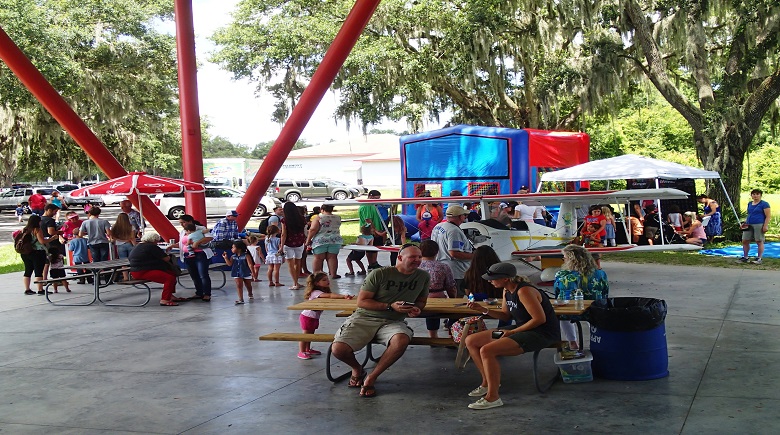 Fly Into Summer offers both children and their families to visit the museum and its many facilities, not only introducing newcomers to it, but hopefully inspiring young people to obtain an interest in aviation.

While last year’s event saw a small turnout due to morning rain, this year’s sunny weather drew in a much larger crowd, to the point where the parking lot filled up and required visitors to park on the grass.

“This has been our biggest turnout in the past four years,” said Jayme Jamison, Manager of Aerospace Discovery. “I had a lot of families say that they did not know that this was here. Hopefully, we can get repeat visitors for future events.” 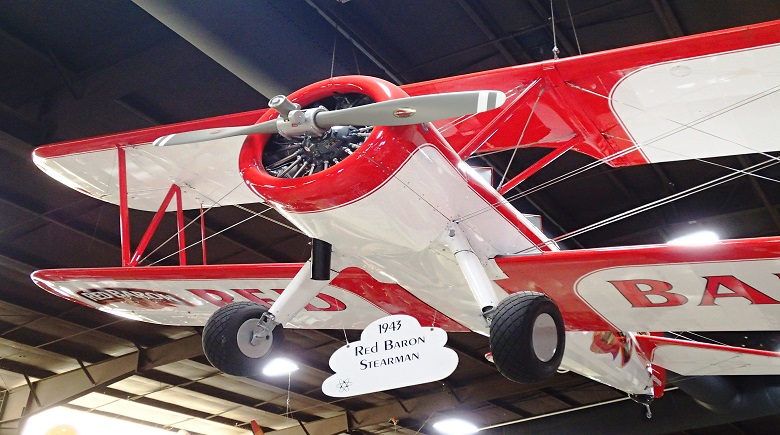 For more information about the Aerospace Discovery and their upcoming events, visit their website at: https://www.flysnf.org/ace/