Female CEO To Women In STEM: To Succeed, You Must First Fail

Female CEO To Women In STEM: To Succeed, You Must First Fail 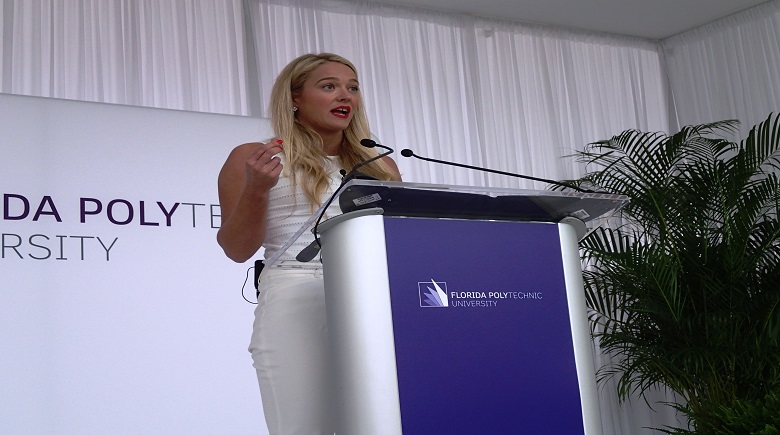 Before she become a successful entrepreneur, Rachel Carpenter once doubted her own math skills back in high school.

While taking pre-calculus in tenth grade, she struggled to solve a trigonometry function, which made her wonder whether or not she was really a “math person.”

So difficult was this problem that it drove her own classmate and personal friend running out of the classroom in tears to never return.

Rachel did not want to give up so easily. She was determined solve the problem, not matter how long it took.

“I made a promise to myself to sit there at the desk and stay there until I could figure it out,” she said.

She spent more than an hour solving the problem, but eventually she solved it.

From that experience, she learned that the only way to accomplish anything in life was to fail until she eventually succeeded.

“It all started with a giant failure,” she said of her career. “The lesson I learned in that high school math that set me on this path is that failure is the most essential precursor to evolution.”

Such a commitment to both success and failure would motivate her to earn her bachelor’s degree in both finances and human resources from the University of Wisconsin-Madison, and to help launch Intrinio, a disruptive financial data marketplace.

Remaining true to her philosophy that failure breeds success, she encourages her staff to take pride rather than shame in their mistakes by keeping a virtual public database logging all their mistakes.

These mistakes range from as simple as someone excusing themselves to go get a cheeseburger during an important call to deciding to take a hike in the woods following a rather troublesome launch of a new program that required their immediate assistance.

Such a light-hearted take on their mistakes helps her staff to learn from them and in turn improve their own work.

“I have taken it to fail in front of my team all the time to set the example, because I know the more often my team fails, the more they will innovate and the faster we can change the world,” she said.

Carpenter imparted this wisdom to young women and other students at Florida Polytechnic University in Lakeland during its third annual Women in STEM Summit on Wednesday. 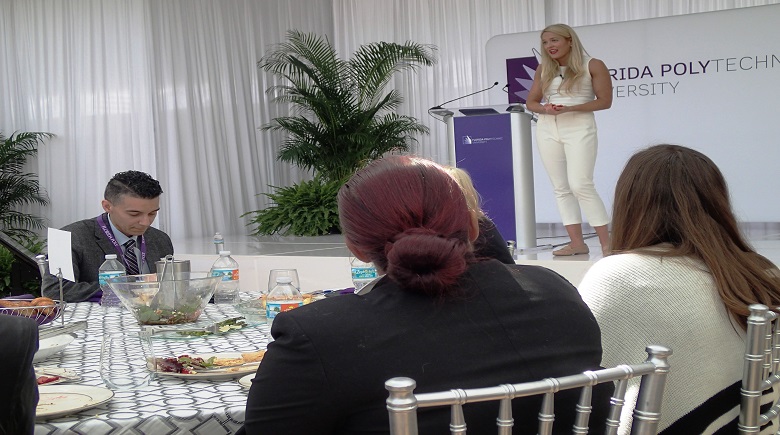 Highlighting this year’s event was Rachel, who served as the keynote speaker during the luncheon.

The event kicked off earlier that morning with a panel of three notable STEM figures, including Linda Figg, President/CEO and Director of Bridge Art for the FIGG Bridge Group (FIGG).

Linda discussed how different industries such as her own could help create positive change, and she advised others to take such risk to help promote equality and diversity.

“We should be willing to try things, even if they are new, and [to] not let others define who we are, but to define ourselves,” she said. “[Everyone should] follow their gut because that will lead them onto a wonderful journey and adventure.”

While the event served to further encourage women to help change the STEM field, it also helped to remind men that such a responsibility was theirs as well.

During her introductory speech at the luncheon, Gabrielle Martinez, one of the first women to graduate from Florida Polytechnic, mentioned how the men in her life helped her through her career through their support.

She recalled one awkward situation time during a meeting where she was the only woman in the room when her boss came to her defense and allowed her to speak her thoughts and ideas.

“With more men like my boss, who will stand up for women to encourage them to enter the field and be more welcome, women will be able to stay in this field,” she said.

While some would consider a conference like this integral towards promoting more women in STEM, Carpenter herself would probably disagree.

Though she is often praised as being a female entrepreneur, she merely considers herself an entrepreneur, and feels that such gendered labeling serves only to place her and other women into boxes that focus more on their gender than their abilities.

As such, she feels that the best way to promote more women into STEM is to simply treat them as individual human beings rather than simply as another gender.

“Women need to see other women who are succeeding in this industry without categorizing them,” she said. “I don’t want to be treated as a problem anymore, we are actually the solution. I believe…the more that we draw attention to this, the more we categorize it as a problem that needs to be fixed. Instead, we need to normalize it.”