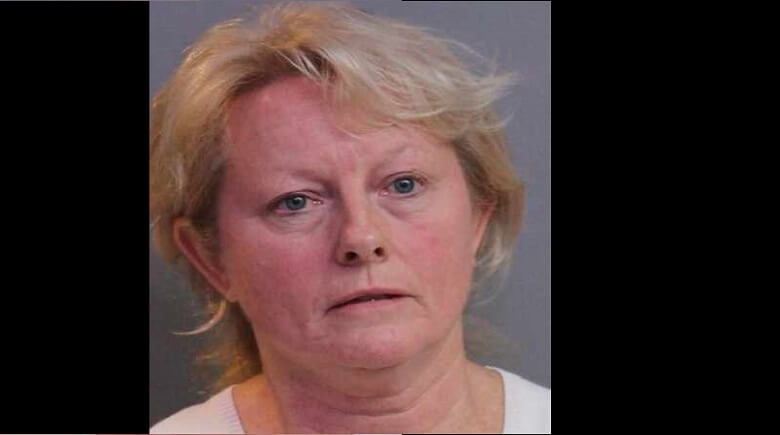 On Tuesday, December 5, 2017, Polk County Sheriff’s Office deputies arrested 60-year-old Teresa Bradley of Davenport, who is the mayor of Davenport, and charged her with Criminal Use of Deceased Person’s ID (F-3), Possession of Altered/Counterfeit Decal (F-3), and Unlawful use of Handicapped Placard (M-2).

She was booked into the Polk County Jail and released after posting $2,250 bond.

“We expect our elected officials to set the proper example. She not only violated the law, she embarrassed the citizens of Davenport with her illegal conduct.” – Grady Judd, Sheriff

The following is an excerpt from her affidavit, and is self-explanatory:

On 11-08-2017, information was obtained that the current City Mayor of Davenport, Teresa Bradley, was parking her personally owned vehicle in various handicapped parking spots at Davenport City Hall and she is not known to have a valid reason for being issued a handicapped placard by the State of Florida.

Records were obtained from the Office of the Polk County Tax Collector that confirmed neither Mayor Teresa Bradley nor her husband John Lepley were issued either a disabled placard or a handicapped license plate by the State of Florida.

Deputies received information which revealed that Mayor Teresa Bradley was in possession of and used handicapped placard number of A7324747 with a displayed expiration date of 10-18. This placard was found to be issued to Evelyn Klinger Letterman of Davenport with a true expiration of 10-30-2013. Further research revealed that Evelyn Klinger Letterman died on 08-29-2012.

At around 1745 hours, video was obtained showing Mayor Teresa Bradley driving her black Ford Crown Victoria entering the one-way roadway identified as Williams Street before parking this vehicle in one of two clearly marked handicapped parking spots on the North side of the building. Your affiant observed no displayed placard prior to the vehicle parking in the handicapped spot. Video was also obtained of Mayor Teresa Bradley exiting the vehicle with no assistance, removing a large wheeled brief/suit case from the trunk and walking into the City Hall meeting without assistance.

Still images were then obtained of the properly displayed placard and with the quality of the image I was able to zoom in on the decal itself. This allowed your affiant to inspect the associated placard number and Florida DL/ID number assigned to the decal (Validation Sticker). This review revealed the placard number matched the primary placard number of A7324747 and the Florida DL number which belongs to Evelyn Klinger Letterman.

This also confirmed the decal expiration on the decal as 10-18 meaning October of 2018. Confirmation has been obtained from the Polk County Tax Collector, where this placard was issued, that this placard did in fact expire at the time of her death but on face value, 10-30-2013, thus making this decal false. The Polk County Tax Collector’s Office also confirmed Mayor Teresa Bradley has never been issued a handicapped placard and is not authorized to have one.

On 12-04-2017 members of the Polk County Sheriff’s Office Identity Theft Strike Force responded to the Davenport City Council Meeting. At around 1836 hours, they observed a black Ford Crown Victoria entering the one-way roadway identified as Williams Street before parking in one of two clearly marked handicapped parking spots on the North side of the building. Video was also obtained of Mayor Teresa Bradley exiting the vehicle with no assistance, removing a large wheeled brief/suit case from the trunk and walking into the City Hall meeting without assistance.

Still images were obtained on the same above placard being presented hanging from the rear view mirror of the vehicle. Video was also obtained at the conclusion of the meeting showing Mayor Teresa Bradley entering her vehicle by herself and removing the posted placard before driving away from this location.

The facts above support the probable cause belief that Mayor Teresa Bradley did knowingly utilize a handicapped placard within Polk County without authorization in violation of F.S.S. 320.0848.