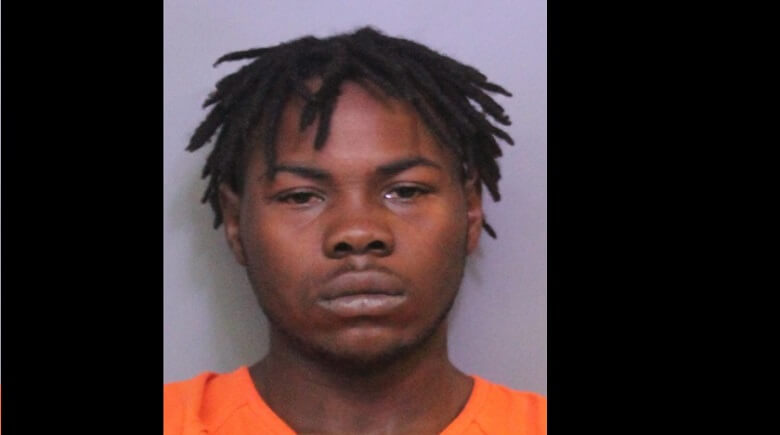 Polk County Sheriff’s Office deputies arrested 19-year-old Jamari Gardner of Lakeland on October 5, 2017, for robbery with a firearm (F-L), grand theft of a firearm (F-3), and aggravated assault with a firearm without intent to kill (F-3).

According to the affidavit, Gardner entered the Family Dollar store located at 1135 Combee Road in Lakeland on Thursday, October 5, 2017, around 7:18 p.m. While inside the store, Gardner pointed a firearm at the first victim and demanded money. The victim told deputies he was in shock and when he did not immediately comply, Gardner returned his firearm to his waistband, began laughing, and walked away.

Gardner then approached the front counter to pay for his items. While Gardner was checking out, the second victim opened the cash register drawer, Gardner leaned over the counter, drew the black firearm, pointed it at the victim, and demanded money. The victim hesitated and did not immediately provide the money to Gardner. Gardner returned the gun to his waistband and left the store in a white Lincoln Town car.

Deputies reviewed the store’s video surveillance footage and recognized Gardner from past criminal interactions. Deputies responded to the area of Skyview Blvd. in Lakeland, where the suspect was known to reside.

Deputies located the Lincoln Town car and established a perimeter around the residence. Within a few minutes, Gardner was taken into custody. Gardner admitted to deputies while he was at the Family Dollar, he pulled out his firearm and threatened two store clerks.

During the search of the residence deputies found a loaded handgun with one round in the chamber. The firearm was listed as stolen on December 26, 2016, by Hillsborough County Sheriff’s Office.

“This suspect is only 19 years old and already has a significant criminal history. He has no regard for the law. He was just arrested last month for robbery, and committed last night’s robbery with a stolen firearm! The way to deal with a criminal like this is to sentence him to prison.” – Grady Judd, Sheriff

Gardner has an extensive criminal history to include 22 felony and 20 misdemeanor charges:

Gardner was transported and booked into the Polk County jail on the above charges.