SOLVED: On July 25, 2020, PCSO Traffic Homicide Detectives arrested 29 year-old Robert Patrick Gibson of Lakeland for the fatal hit and run of a pedestrian on Combee Road in Lakeland this past Tuesday. 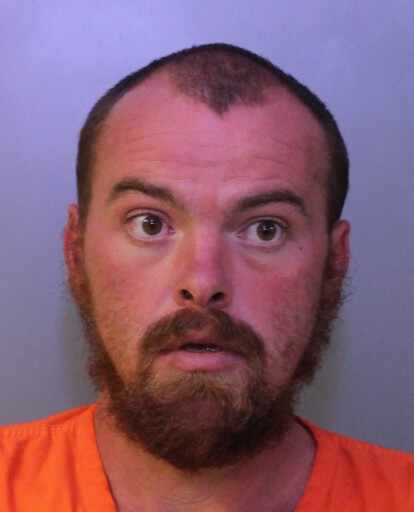 During the investigation, detectives were able to determine the green Ford Expedition involved in the crash belonged to Gibson. He stated that he had been involved in a crash but believed he had hit a pole. Gibson admitted he did not stop following the crash. He admitted to detectives that after he had learned of the hit and run, he thought he had probably been at fault. He still did not come forward.“I’m grateful our deputies were able to solve this case quickly, and bring justice for the family. This isn’t the first time Gibson has left the scene of a crash. Hopefully, with him now behind bars, it will be the last.” – Grady Judd, SheriffGibson was arrested and transported to the Polk County Jail. Gibson is charged with Leaving the Scene of a Crash with Death (F-1), Tampering/Destroying Evidence (F-3), and Attaching an Unassigned Tag (M-2).As previously released:
Fatal hit & run of a pedestrian being investigated by the Polk County Sheriff’s OfficeThe Traffic Homicide Unit of the Polk County Sheriff’s Office is conducting an investigation of a fatal hit & run of a pedestrian which occurred Tuesday evening on Combee Road in Lakeland, about 130-feet south of the intersection with Old Combee Road.At this point in the investigation, the identity of the victim remains unknown. Detectives describe the victim as a white female, approximately 50-60 years of age.The crash was reported at about 8:57 pm. As deputies and Polk Fire Rescue personnel arrived on scene, the victim was found in a ditch on the east side of the road, with no pulse.The vehicle which struck the woman fled the scene, but witnesses described it as a green Ford Expedition (possibly 1997-2004 model).According to the preliminary investigation, the victim was walking northbound on Combee Road on the east side of the road. As the northbound Ford approached the intersection with Old Combee Road, it swerved off of the road and subsequently struck the pedestrian.
The woman was dragged by the vehicle before coming to a rest in the ditch about 101-feet from where she was struck.Witnesses say that the Ford turned into the Citgo station at 2580 Old Combee Road, and stayed there for a brief period of time. It then fled the scene going west.The Ford Expedition will likely have some damage to the front driver side as a result from the impact.The crash occurred after sunset, and there are no street lights in the area. The victim was dressed in dark clothing.If anyone has any information regarding the driver, the Ford Expedition, or any other information that might be helpful to this investigation, please call Detective Christello at 863-297-1100, or to remain anonymous, contact Heartland Crime Stoppers – call 1-800-226 TIPS (8477), visit ww.heartlandcrimestoppers.com and click on “Submit A Tip,” or download the free “P3tips” app on your smartphone or tablet.