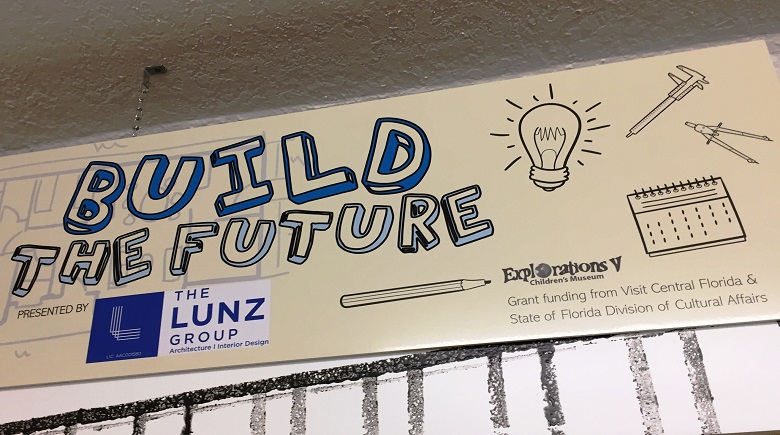 If your children could create any museum exhibit they wanted, what would they come up with? Explorations V Children’s Museum is allowing their youngest patrons to do exactly that through their newest addition.

The Children’s Museum recently opened its newest exhibit, “Build The Future”, which allows young patrons to propose, design, and even create their ideas for potential museum exhibits.

The exhibit is divided into two halves. One half, “Design”, allows children to use anything from computer 3D modeling to old-fashioned paper and pencil to design their ideas for new exhibits.

The other half, “Build”, allows them to use everything from building blocks for younger children to cardboard and PVC piping for older children to create prototype models of their ideas. 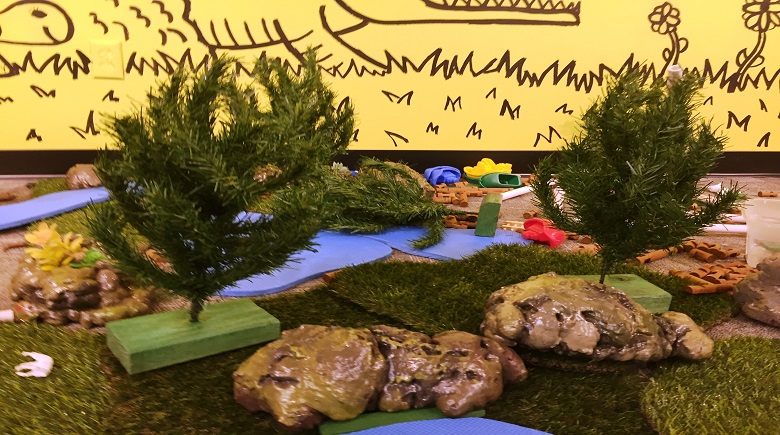 Once they are finished, children can submit their proposals using the mailbox at the exhibit, allowing them to send their ideas straight to the museum staff for consideration.

Kerry Falwell, Explorations CEO, and her staff were inspired to create the exhibit as a way for museum patrons to create and share their inspirations for how the museum can grow and expand in the future.

They especially want to use these ideas for their upcoming expansion into their new location at Bonnet Springs Park, to be located near Kathleen Road and George Jenkins Boulevard, and currently under development.

“This is a way for us to invite the community to share in the design process,” Falwell said. “We are collecting data and we are collecting ideas in a physical space where they can flex their creative muscles.” 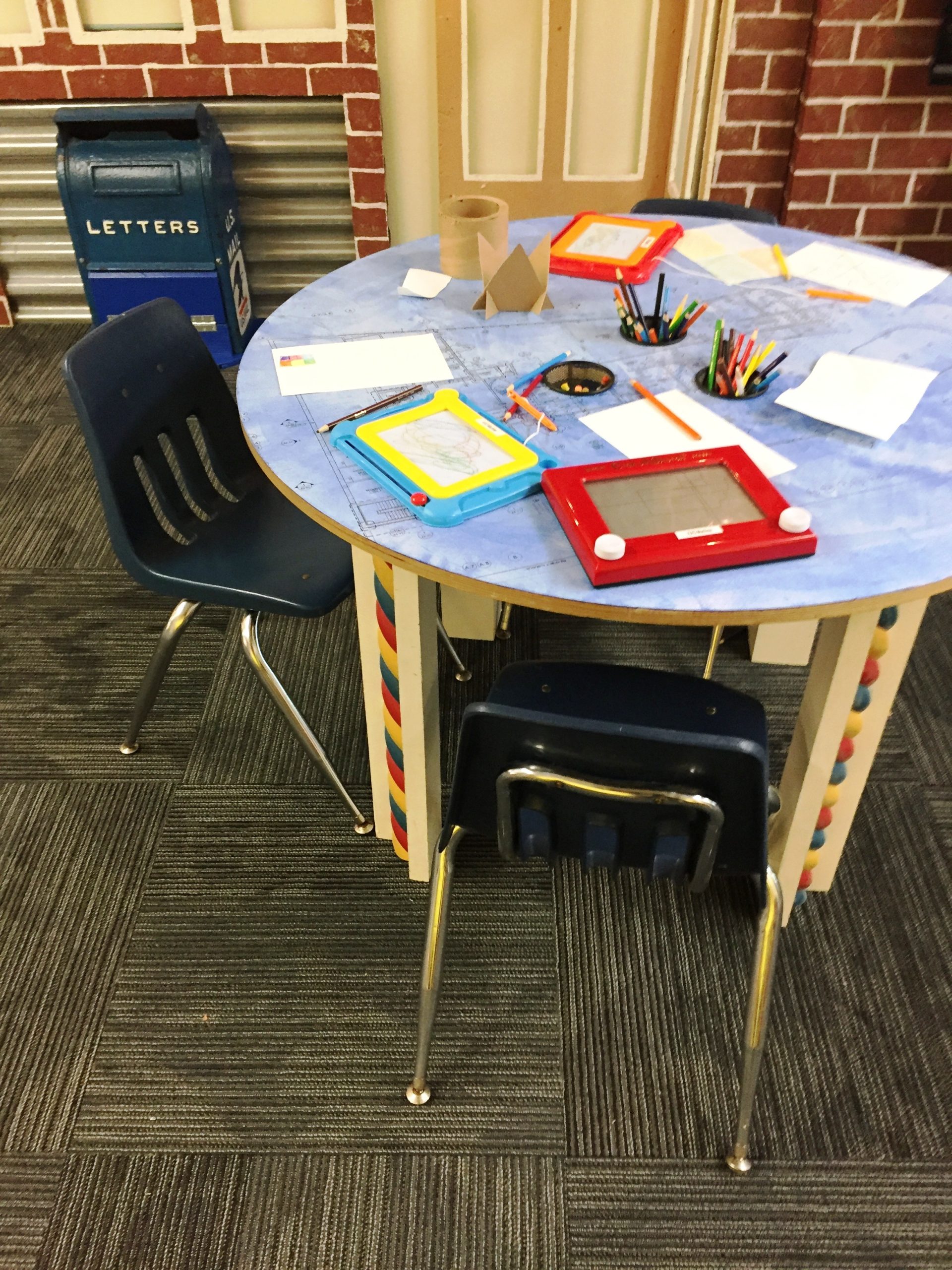 The new exhibit, located on the second floor of the two-story children’s museum in Downtown Lakeland, was officially dedicated and unveiled to the public through a ribbon-cutting ceremony hosted by the Lakeland Chamber of Commerce last Monday.

“The inspiration was a true desire to get inside the heads of children and families,” Falwell explained. “There are no better exhibit designers than a child.”

From the moment children and their guardians enter the facility, they can see and hear everything the museum has to offer: from the flashing lights of the scale model of Time Square, to the bright colors of the giant Lite Brite Mural, to the sound of birds and wind in the park area.

Every sight, sound, touch, taste, and smell has been added to help stimulate the senses of young patrons, and thus stimulate their curiosity about the world around them, allowing them to better learn about it through their interaction with it. 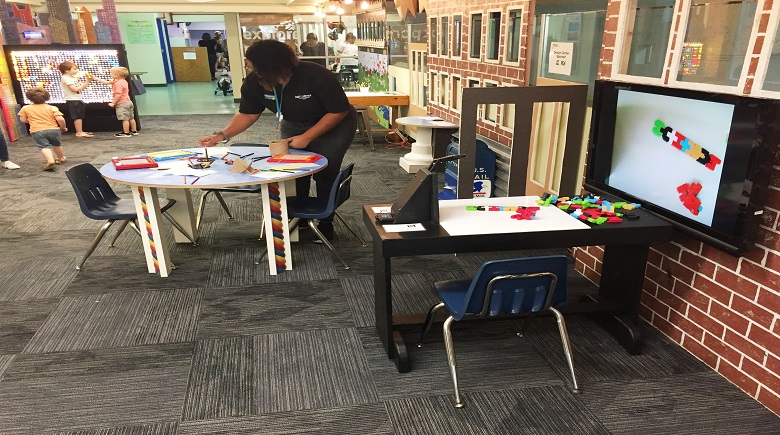 As the world around them is changing every day, the museum wants to help children prepare for these changes by giving them the tools necessary to study their world and investigate it more thoroughly through their imagination and curiosity, Falwell explained.

“The world as we know it will not be the world that these children who are born today will grow into,” she said. “So we are working…[to] identify what skills are necessary in the future, but really, [also] how we build nimble brains that can solve the problems that we don’t know exists yet. That is our true work now.”

Falwell hopes that not only will the museum and its many exhibits, old and new, prepare children to understand the world around them, but also prepare adults to help teach children to learn from the world as well. 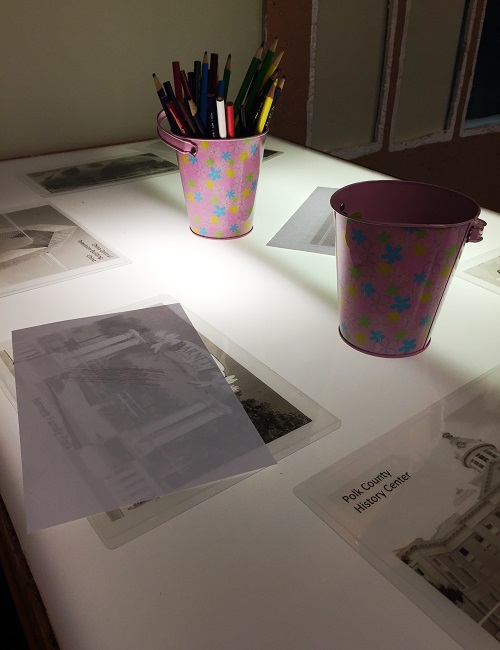 “If we, as grownups, can influence ourselves and infuse curiosity into our daily lives and work, then we are modeling the best way for a child to learn, and they are looking when we don’t know that they are; and if we can be curious about everything, those learning experiences and moments of curiosity can really fuel a child’s desire to learn,” she said. 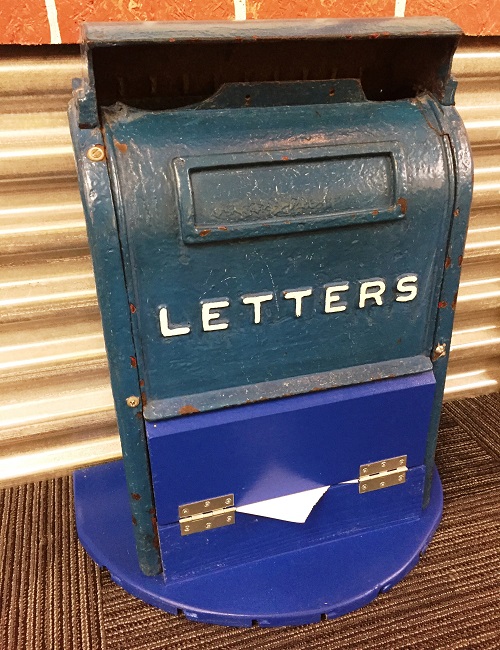