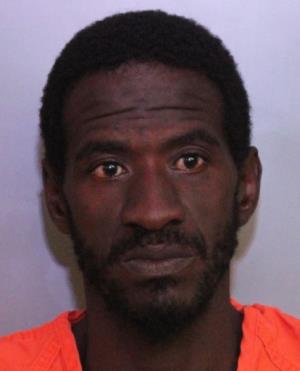 On 1/28/2020 at approximately 10:15PM, a black male entered the Dollar General Store at 1050 US Highway 17 South in Bartow, FL.  The black male was wearing a dark hoodie, dark jeans, and a mask.  While in the store, the black male approached one of the store clerks, brandished a handgun and demanded money.  At that time, the suspect grabbed the victim (clerk) by the hair and pulled her toward the registers.  The male then left with an undisclosed amount of cash.

Officers and Detectives with the Bartow Police Department were able to develop leads on the identity of the suspect.  The suspect was identified as Jackie Richardson, DOB 7/15/1978, of 1050 South Golfview Avenue #901 Bartow, Florida 33830.

On 1/29/2020, at approximately 4:00PM Bartow Police located and arrested Richardson for Armed Robbery and Aggravated Battery.  He was later transported to the Polk County Jail.

“If you intend to rob someone or some business in the City Limits of Bartow, you can rest assured that we will find you and put you in jail.” according to Chief Joe Hall.