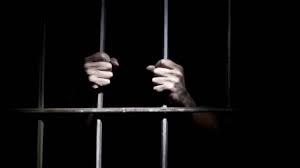 LAKELAND, FL (January 24, 2020) – On the evening of January 22, 2020, at approximately 9:21 p.m., officers responded to Ohio Avenue North in reference to an armed robbery/carjacking of a pizza delivery person. The victim was delivering an order to a residence on Ohio Avenue North when he was flagged down by two males outside, near the property.  As the victim exited his car to deliver pizzas, he was approached by the two males, both armed with handguns. One of the suspects demanded that the victim drop the pizza and any money he had on the ground. After the victim complied, the suspects took the pizza and money and fled in the victim’s vehicle. The victim was not physically injured during the incident.

The victim’s vehicle was located a short time later in the cul-de-sac at Chestnut Woods Road with both suspects inside. As an officer approached, the two suspects fled on foot. One suspect, Jaquavious Harrison, age 18, was apprehended later in the evening at the Sunset Motel at 201 New Tampa Highway. The second suspect, identified as Lil’ Romeo Antwon Smith, age 17, was taken into custody Thursday, January 23, 2020. Both Smith and Harrison were booked into the Polk County Jail and charged with multiple charges including Robbery with a Firearm, Armed Burglary to a Conveyance, Grand Theft of a Motor Vehicle and Carjacking with a Firearm.

This remains an open and active investigation.