He Started Working At Beef O’Brady’s Washing Dishes At Age 10; Now He Owns The Davenport Location

He Started Working At Beef O’Brady’s Washing Dishes At Age 10; Now He Owns The Davenport Location
by James Coulter 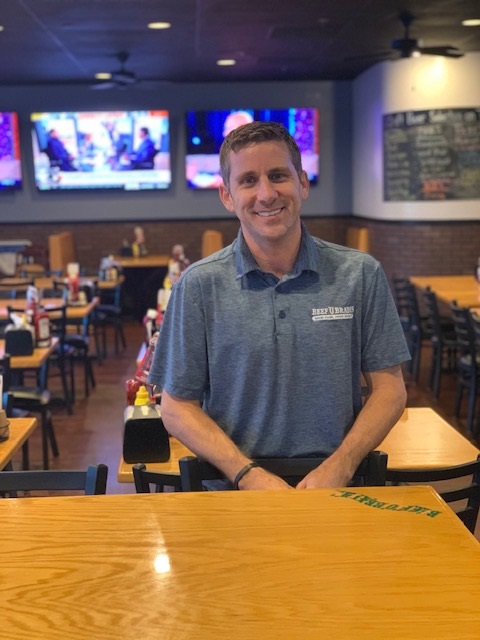 Andy Bosko started working at Beef O’Brady’s at age 10 washing dishes for his father’s Lakeland location. Now he’s all grown up and owning his own location in Davenport.

The Davenport Beef O’Brady’s re-opened under new management with a ribbon-cutting on Nov 7. The new owner brings with him years of restaurant experience, having worked at Beef O’Brady’s ever since he was a child.

Bosko started working at his father’s restaurant at age 10, serving as a dishwasher before being promoted to prep cook and later as a line cook.

He attended the University of Central Florida, where he graduated with a bachelor’s degree in Business Management in 2005. He would return to his family business where he became an assistant manager and later an operating partner with his father at both Lakeland locations.

Aside from Beef O’Brady’s, Bosko has also worked at five other restaurants over the past fifteen years, including in Winter Garden and South Orlando. The various positions he has held during that time has helped prepare him for his current position, he said.

He has been helping run the two Lakeland eateries for the past three years. His father previously operated the Davenport location for 15 years. Bosko has since taken it under new management on May 1 with a grand re-opening on Nov. 7.

Bosko is a proud family man who has been married to his wife of ten years, Rachel. They both have two sons: Rylan, 9, and Keegan, 6. Their family currently resides in Lakeland.

As someone who has been working in the restaurant business since a very young age, Bosko brings with him valuable experience from a family background that has allowed him to learn the inner workings of a restaurant better than formal education.

“That is where all my experience is from that helped prepare me for this location I have,” he said. “From all the different positions I worked in the restaurant, I gained a little bit of experience from each of them, to reach where I am today and be successful…to teach and train the upcoming new staff that I hire, to be able to be the best that they can be, and I learned that through good hard work ethics.”

Now that he has taken the Davenport location under his management, he expects to create more synergy within the local community by engaging with local groups, organizations, and the Chamber of Commerce. He especially wants to assist local churches, schools, and sports leagues, including baseball and football teams.

“That is what Beef O’Brady’s is about,” he said. “We are focused on the community, and that is what I want to do first and foremost in order to try to gain the trust of the customer…I am looking forward to establishing more relationships with people in the Davenport community. Looking forward to gaining new customers, and getting to know more families around town, as well as helping the community by giving jobs and providing jobs for those who need it, for our establishment.”