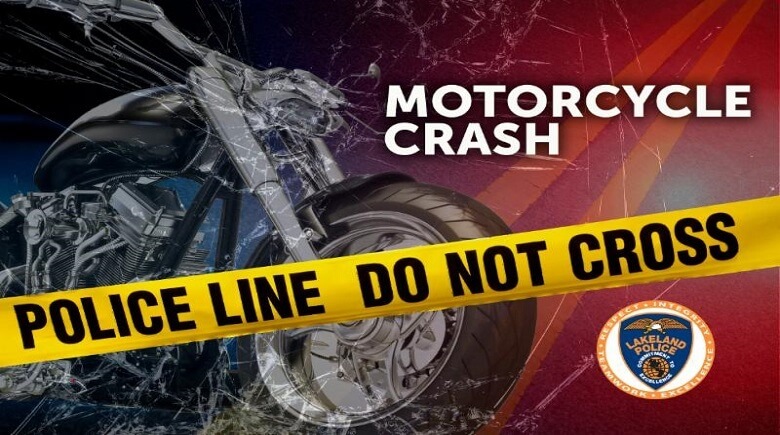 LAKELAND, FL (September 22, 2019) – On September 21, 2019, at approximately 8:39 p.m., Lakeland Police officers responded to a serious traffic crash at 5000 US Highway 98 North. Prior to the crash, a blue Suzuki GSX-R motorcycle was traveling southbound on US 98 N., in the inside lane, and a red Ford Escape was traveling north on US 98 N., in the left turn lane. As the motorcycle approached the 5000 block of US 98 N., it began accelerating at a high rate of speed, lifting the front wheel off the roadway and merging into the center lane, according to witnesses. At the same time, the driver of the Ford began making a u-turn and traveled into the outside southbound lane. As the Suzuki’s front wheel landed on the roadway, the operator, 31-year-old Valentine Dasent, lost control and the motorcycle struck the left rear of the Ford. Dasent was ejected, and the Suzuki was disabled on impact, sliding to final rest in the center lane. The driver of the Ford, 74-year-old Linda Halifax, slowed to a controlled stop just off the west side of the roadway.

The operator of the Suzuki was identified as:

The operator of the Ford was identified as:

The passengers of the Ford were identified as: