Traffic Advisory: PCSO Traffic Unity is on Scene of an SUV vs Motorcycle Crash

UPDATE to crash on SR 60 this morning:

When first responders arrived on-scene they found 22-year-old Lance Strickland of Lithia deceased. According to the evidence and witnesses, Strickland was operating his 2006 Suzuki sport motorcycle at a very high rate of speed eastbound on SR 60, passing at least two different motorists. At the same time, a 1993 Ford Explorer being driven by 54-year-old Amalia Casmiro of Mulberry was turning left onto Pine Grove Road from westbound SR 60 when the motorcycle struck her vehicle at the front passenger door.

There was significant damage done to the SUV, and the impact was strong enough to flip it onto its side. The motorcycle was also broken into pieces. Strickland was wearing a helmet, but it came off during the crash.

Casmiro suffered non-life-threatening injuries, and was transported to a local hospital, where she is expected to recover.

The eastbound lanes of SR 60 were closed for approximately 3 hours during the investigation. The investigation is ongoing. No charges are anticipated.

TRAFFIC ADVISORY: The PCSO Traffic Unit is on the scene of an SUV versus motorcycle crash, on SR 60 West near Pine Grove Road in Mulberry. There are significant injuries.

The EB lanes of SR 60 in that area are shut down until further notice. Please proceed with caution or use alternate routes.

There is one confirmed fatality at the crash scene in Mulberry on SR 60 – an adult. 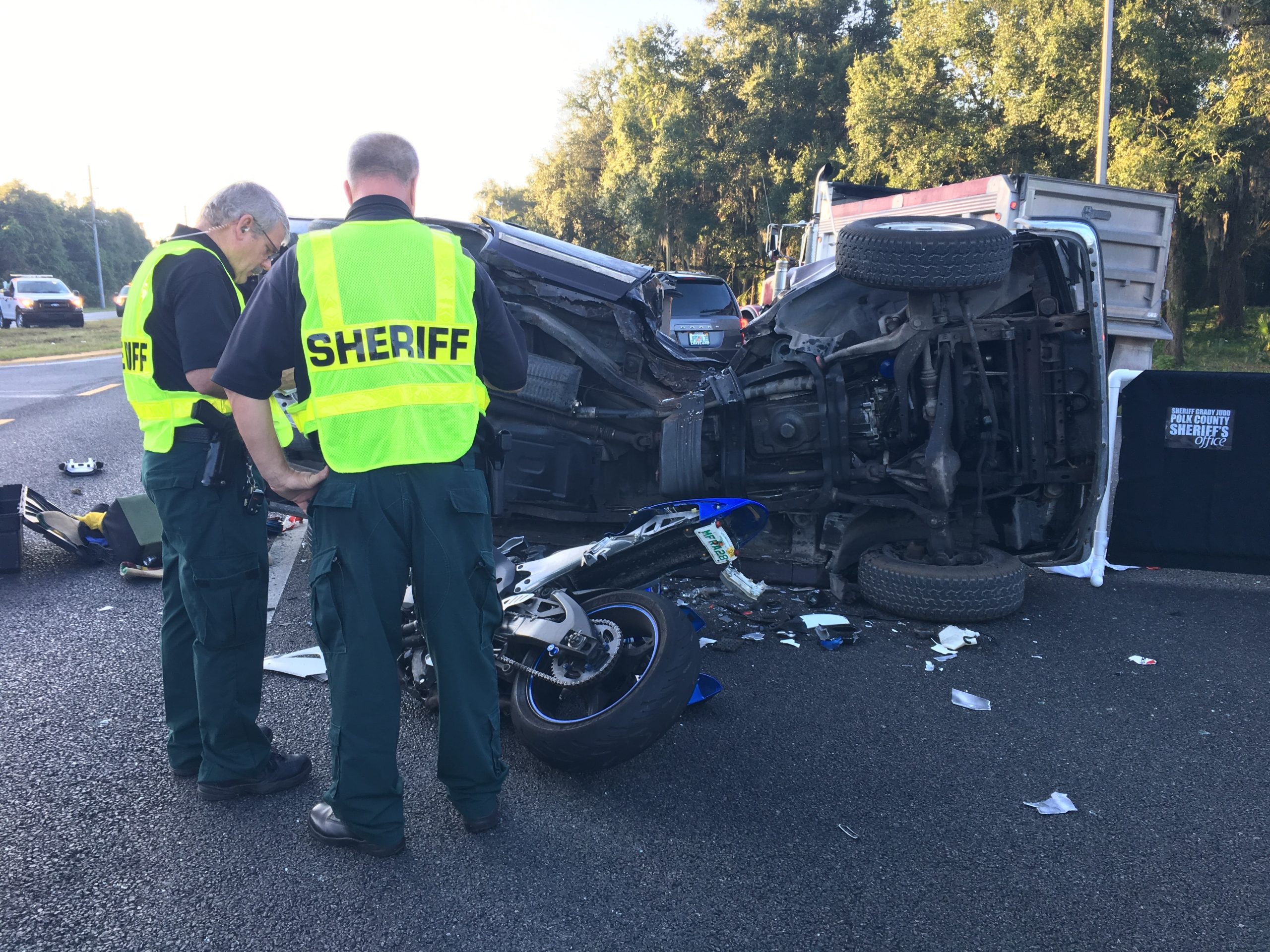