Share
Facebook
Twitter
The Polk County Sheriff’s Office Traffic Unit is investigating a two-vehicle crash that resulted in one fatality in Mulberry. Preliminary information so far is as follows: 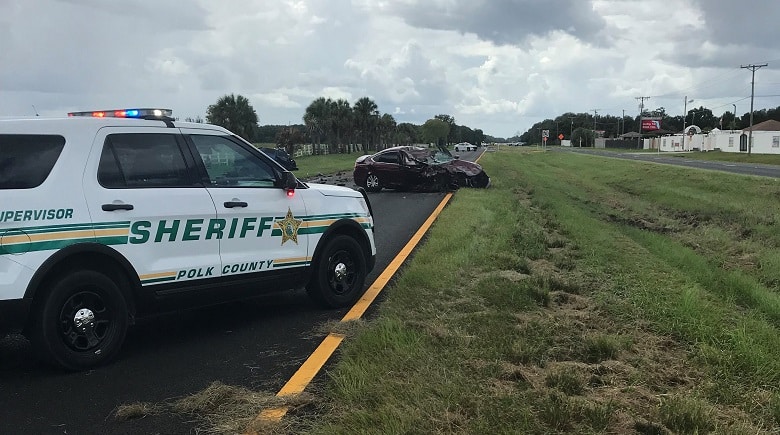 Around 1:30 p.m. on Sunday, September 15, 2019, we received a 911 call in regards to a two-vehicle crash that occurred on SR 60 just west of Coronet Road. When first responders arrived on-scene they found 52-year-old Manuel Ruiz-Hernandez of Plant City laying on the ground deceased.
According to the evidence and witness statements, Manuel was driving his blue 2003 Chevrolet Avalanche westbound in the inside lane of SR 60 when he, for unknown reasons, lost control of his SUV and swerved to the outside lane. He braked and overcorrected, propelling the SUV back across the inside lane and then into the grass median, where it began to roll and then entered into the path of a burgundy 2017 Chrysler 200 that was heading eastbound. Manuel was ejected while the SUV was rolling. The SUV came to a stop in the grass on the other side of eastbound SR 60.
The driver of the Chrysler, 29-year-old Deja Amos (female) of Mulberry, was treated for minor injuries at LRHMC and released. She was wearing her seatbelt. No other parties were involved.
The roadway in the area was closed for approximately 4 hours during the investigation. The cause of the crash is being investigated, and no charges are pending.
September 16, 2019