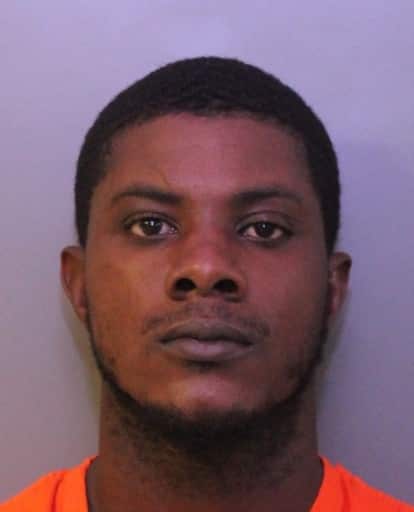 Winter Haven Police have charged Debonaire Antoine McIntosh with First Degree Murder in the shooting death of Cody Hunt yesterday. Debonaire was taken into custody after he was seen running from the area shortly after Hunt collapsed in front of officers.

When Debonaire was interviewed by investigators, he said that he saw officers speaking to people after the first shooting and as he walked away, he ran into Hunt. McIntosh claimed Hunt yelled at him saying, “ARE WE GONNA FIGHT IT OUT? OR SHOOT IT OUT?” At this point, Hunt was behind him.

McIntosh said as he turned around, he saw Hunt’s hands in his pockets, but in the split second he aimed and shot at Hunt multiple times, though he lost count of how many shots were fired. McIntosh said he then ran from the scene, however he was apprehended a short time later and taken into custody.

McIntosh is scheduled for First Appearance at Central County Jail today at 1 p.m.