Share
Facebook
Twitter
The PCSO Traffic Unit investigated a multi-vehicle crash on SR 60 at the intersection with 80 Foot Road in Bartow yesterday. Preliminary information so far is as follows:
Around 5:20 p.m. on Wednesday, August 28, 2019, a PCSO Traffic deputy in the area came upon the crash right after it happened. Other deputies arrived as back-up and to render aid. Evidence at the scene and witness statements indicate that a 2007 white Jaguar being driven by 58-year-old Henry Paez Jr. of Lakeland was on 80 Foot Road at the stop sign waiting behind another car to enter the intersection, when it followed the car ahead of it and entered into the intersection, to turn left onto SR 60 westbound. As the Jaguar was crossing the eastbound lanes, it entered into the path of a 2017 Chevrolet Corvette, being driven eastbound by 57-year-old Joy Scott of Lake Wales. 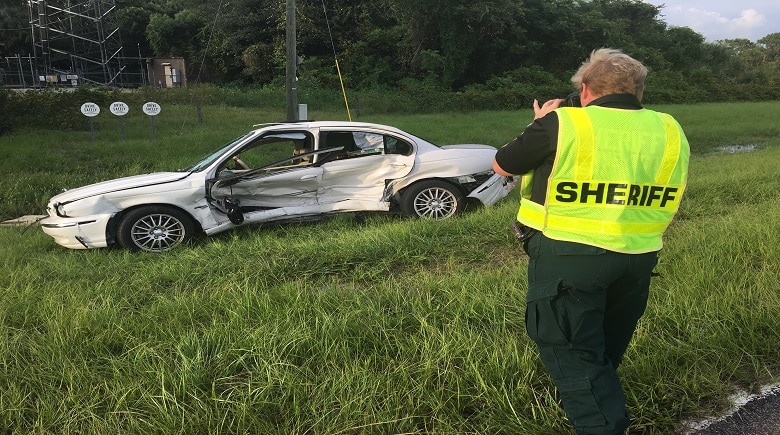 After impact, the cars rotated and struck a GMC Sonoma pickup truck and a Toyota Corolla. Nobody in those two vehicles was injured.
Paez Jr. was wearing a seatbelt but was entrapped and had to be extricated from his car. He was declared deceased at a local hospital. Joy Scott suffered non-life threatening injuries, and was transported to a local hospital. She’s expected to make a full recovery.
The roadways were completely shut down for approximately two hours, until one lane each was opened. The investigation is ongoing. No charges are anticipated. Two photos from the scene are attached. 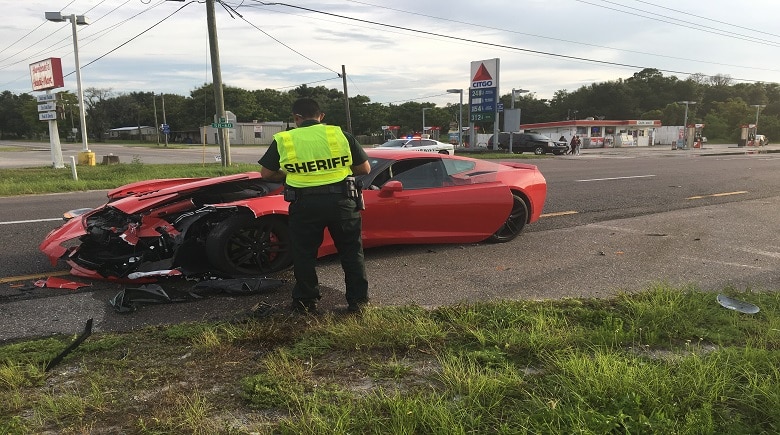