On July 20, 1969, the Apollo 11 lunar module landed on the moon, allowing for the fateful “one small step for man” and “one giant leap for mankind.” 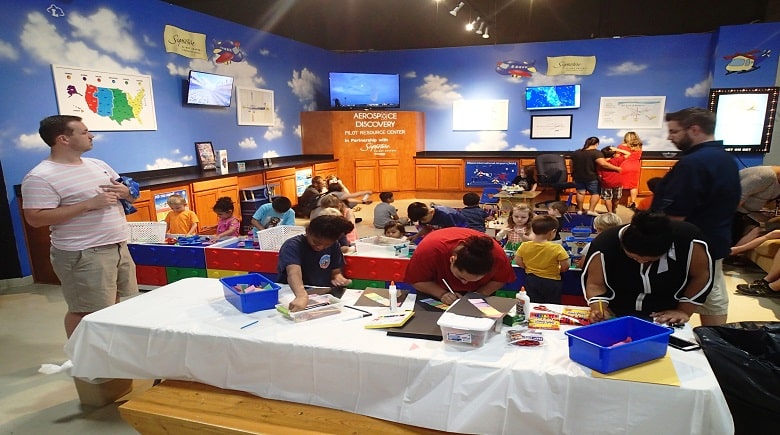 While many scientists helped with the moon mission, perhaps one of the most important was Margaret Hamilton. She helped program the software that allowed the rocket and module to safely follow its course to the moon.

Growing up, Margaret loved numbers. She loved solving problems using math. Her love of numbers would lead her to MIT, and later to NASA, where she would learn to code and program software, including the software used in all of the Apollo missions. 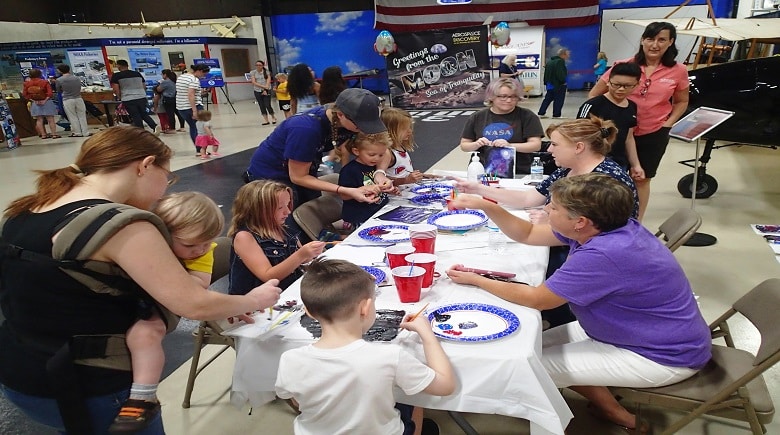 Margaret’s story was shared to young listeners through a storybook about her life, “Margaret And The Moon”, which was read as part of storytime during the Night At The Museum event at Aerospace Discovery at the Florida Air Museum on Saturday.

Last Saturday marked the 50th anniversary of the Apollo 11 moon landing, which the Florida Air Museum celebrated through its special nighttime event. The event allowed visitors young and old an opportunity to visit the museum and its exhibits as well as partake in other activities.

The museum provided free admission to the public. Visitors could receive a free moon pie snack upon admission, and could enjoy pizza at $2 per slice. Other activities included craft painting, model building, moon background selfies, and glitter tattoos.

Visitors came from far and near to enjoy the museum that evening. One visitor, Kelly Spence Banks, and her two daughters, Madelyn and Emma, arrived all the way from Frostproof to visit. 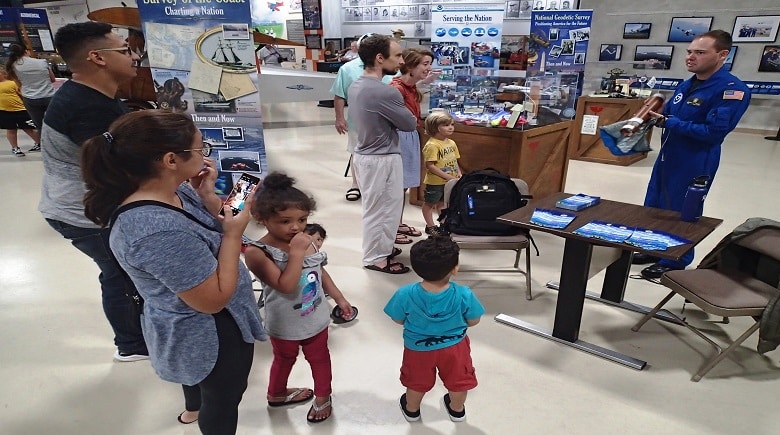 As her two daughters love science, Banks felt that this evening was a good opportunity to visit the museum. This was the first time they have ever visited the museum, and upon seeing the exhibits, it would certainly not be their last.

“We saw the event, it was free to the public, and we really appreciated the opportunity to come and see what they have going on here,” Banks said.

The Florida Air Museum hosts its annual Fly Into Summer event at the start of every summer, allowing local children to start their summer vacation by visiting the museum and experiencing everything it has to offer.

As this year was the 50th anniversary of Apollo 11, the museum decided to do something different by hosting a nighttime event to celebrate the occasion, explained Jaymie Jamison, Museum Manager.

Within the first hour of the event, more than 200 attendees flocked into the museum, and many more hopefully arrived throughout the remainder of the evening, Jamison said.

“We are packed,” she said. “Not sure if this is the early bird gets the worm where everybody wanted a free Moon Pie, but we are pleased at the turnout.” 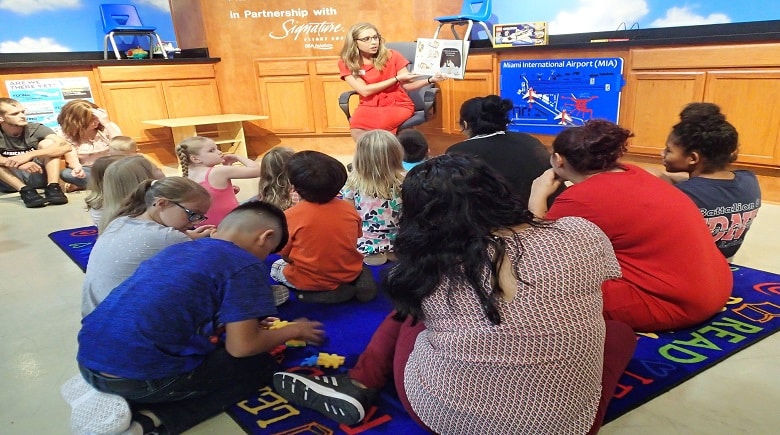 Aside from its many exhibits, the museum also offers many science programs and events to help children and young people gain an appreciation within STEM fields, especially when they pertain to aviation. They hope that their programs help to inspire the next generation to take to the skies within the aviation and aerospace industry, Jamison said.

“Museums are informal education spaces: people can come in, it is a non-threatening environment…so they get exposed to ideas and concepts related to aviation and science; and then our hope is later down the road, when they see an airplane fly, they say they learned that at a museum and that it is something they can do,” she said.

Kimberly Brewer, Education Director, has been helping the museum fulfill this mission for the past month and a half, having previously served as an educator for the past five years. 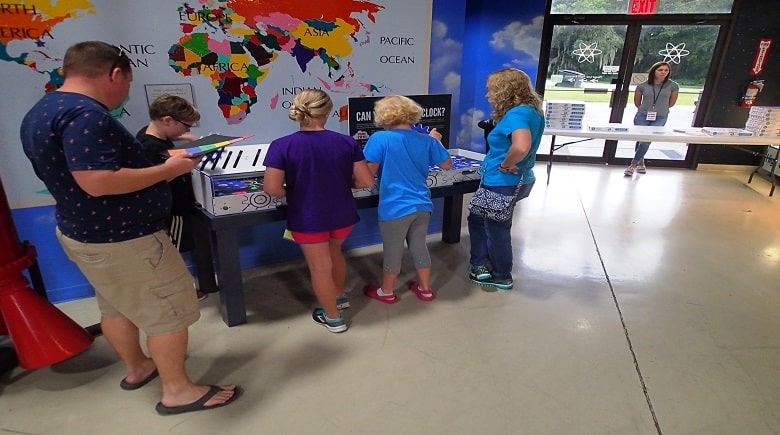 he is especially excited for their upcoming Aviation Discovery Day to be hosted later this year on October 5. The event is expected to be their biggest one ever, and she has high expectations for it and the museum in the upcoming future, if this event is any indicator.

“I think it has been a wonderful event for families in the community to come out and learn a little bit about everything we offer here while also celebrating such a phenomenal event,” she said. “Being able to work with the museum has been a rewarding experience, to be able to inspire so many children, not only in aerospace, but also in STEM, has been very eye-opening.” 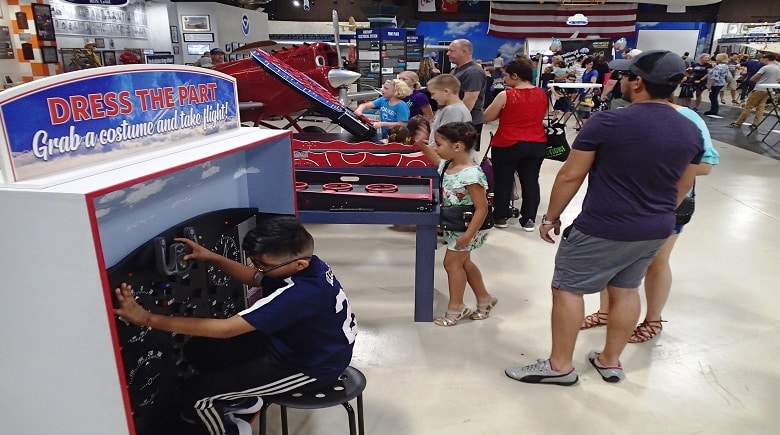